Blast from the past — Vancouver pop-up showcases old-school technology

Students in elementary school today were all born at a time when having the Internet in one’s home was a given.

Students in elementary school today were all born at a time when having the Internet in one’s home was a given.

But a Vancouver pop-up exhibit showcasing the evolution of technology since the 1970s aims to remind kids of just what the world was like before technology began taking exponential leaps every few months.

“I fully expect jaws to drop,” said MakerMobile co-founder Simon Lyons, whose organization is hosting the Slide-Rule to Sci-Fi event October 17 as part of the Revolving Door community engagement series.

On display will be old-school tech ranging from bulky computers with a green-tinged monitor to a scientific slide-rule, similar to the ones used on the Apollo missions.

The MakerMobile team has been bringing its 8-metre-long converted truck/travelling workshop to schools and libraries for about a year in an effort to teach young people about art and engineering.

Lyons, who has taught high school physics and math, said people assume youths nowadays have an amazing facility for technology, “but really, they have a very narrow experience.”

Young people may know how to play games or use a touch screen, he said, but few of them appreciate the inner workings of technology.

“The rush of technology is so rapid that we kind of get tunnel vision…and we obsess about the difference between an iPhone 5 and an iPhone 6,” he said.

“We kind of lose the perspective of the grand sweep of evolution, so it’s kind of interesting to step back.”

All the items on display are fully functional, so visitors won’t be stuck admiring relics that are powered off. 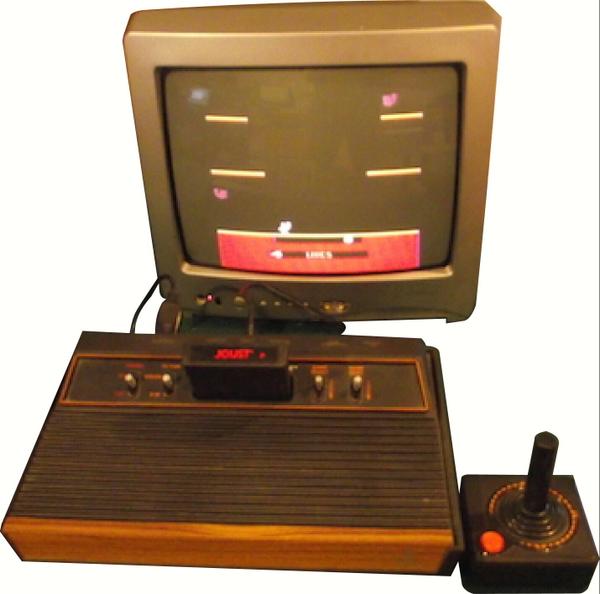 In addition to young people, Revolving Door curator Annika Reinhardt said the pop-up exhibit is also drawing the attention of software developers who want a deeper appreciation of where the technonology they use every day came from.

“Seeing how things have changed or not changed is something, again, we can see in pictures but to actually be in front of an MC-10 (computer) and typing on it, you’re like, ‘Wow,’’” she said.

“That’s really where the advantage is and where an educational component comes in, too.”

People can register for optional guided tours of the old-school technology exhibit at the link provided here.