While 2013 disappointed and 2014 was mostly “meh,” 2015 is expected to be the year British Columbia’s economy finally gathers steam.

“It’s very likely to be growing at a faster pace than the rest of Canada.”

An improving United States economy, which finally had several months of sustained job growth in 2014, will be a big part of B.C.’s positive outlook.

The low Canadian dollar is also expected to boost exports and promote growth in the province’s manufacturing sector. 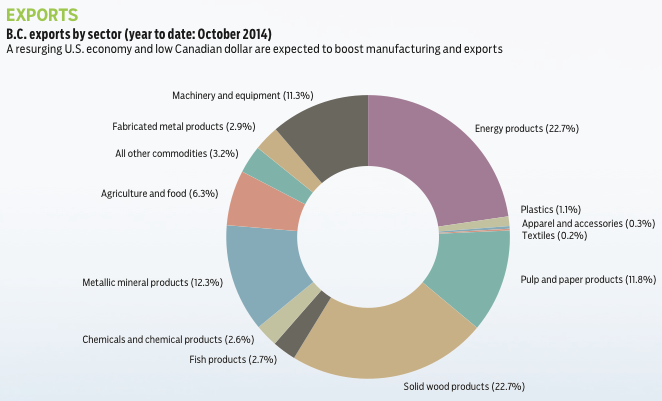 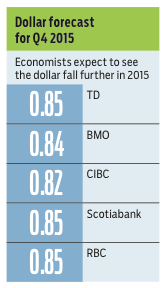 While employment growth in B.C. was non-existent in 2013, it improved slightly in 2014. Marie-Christine Bernard, associate director of provincial forecasts for the Conference Board of Canada, expects employment to rise in B.C. in 2015.

British Columbia’s aging population and its low employment participation rate of 63.3% – the lowest of any province outside of Atlantic Canada – could “put a shadow on median long-term economic growth,” said Howard Zhang, an economist with IHS Global Insight.

But stronger overall employment in 2015 should in turn strengthen consumer demand and shore up the domestic side of the province’s economy, Bernard said.

While the steep drop in commodity prices hammered the province’s mining sector in 2014, Bernard noted that several mines, such as Imperial Metals Corp.’s (TSX:III) Red Chris mine and Thompson Creek Metals’ (TSX:TCM) Mount Milligan mine, are now operating or about to go into production.

Site C, the controversial $8.8 billion dam that was approved December 16, is also expected to contribute to the province’s employment and economic growth, as is increased production at North Vancouver’s Seaspan Shipyards.

Risks to the B.C. economy include the continuing question mark hanging over the province’s efforts to establish a liquefied natural gas (LNG) industry.

“The latest announcement [from Petronas] suggests there is a higher level of uncertainty than there was before,” Pastrick said.

However, demand for LNG is expected to remain strong, especially in Asia, Pastrick said.

“In our forecast we included two [LNG] projects, but that was before the announcement from Petronas that they weren’t making a decision right away. …  But I think in our next forecast we’ll look at our assumptions more closely,” Bernard said.

While B.C. is a net importer of oil, Bernard warned that falling oil prices could affect natural gas production in the province.

“B.C. is a major producer of natural gas and the price of gas is closely tied to the oil price, so with oil dropping it will be more difficult for the producers,” she said.

“We’ll have to see how it plays out.”

Because of that link, don’t be surprised to see more LNG investment decisions delayed in 2015, wrote Business Council of British Columbia economists Jock Finlayson and Ken Peacock in a December 29 commentary.

“We would not be surprised to see more proposed LNG projects in B.C. postponed or deferred until global energy markets stabilize,” they wrote.

Slowing growth in China is also a risk to the B.C. economy, including the province’s export-oriented forestry sector and mining.

Economic growth in China has slowed to the point that government officials there have recently introduced economic stimulus measures like lowering interest rates and making it easier to obtain credit.

The days of meteoric growth of 8% or 9% for China’s economy are likely gone, Pastrick said.

Economic conditions in China and other emerging economies are a concern, said Peacock and Finlayson. But they also expect strong growth in the United States to make up for any reduction in exports to Asia, as well as provide a boost to B.C.’s tourism sector.