Canadian mining equities fared poorly again in Ernst & Young’s most recent Canadian Mining Eye report, with the index dropping 1% in Q1 2015, yet much better than in the same period last year, which saw a 12% decline.

The index — which tracks Canadian mining sector performance of 100 TSX and TSXV mid-tier and junior companies with market capitalizations between $2.1bn and $160m — reveals that most players are still working on controlling expenses, as declining grades continue to put pressure on costs. 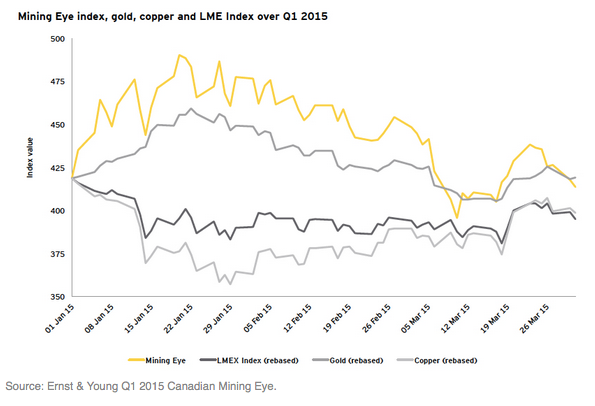 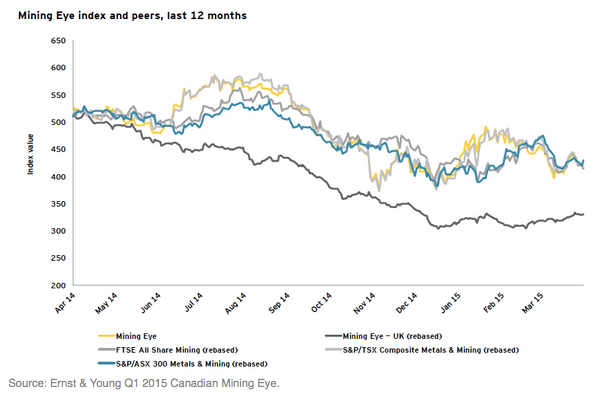 These are the main trends highlighted in the report: