Non-profit Drop It and Drive has reached 48,000 people with educational seminars on the dangers of using mobile devices behind the wheel

By Tyler Orton | June 9, 2015, 8:00am
The Drop It and Drive campaign is aimed at raising awareness of the dangers of distracted driving | Photo: Kichigin/Shutterstock

When someone exits a bar after throwing back a drink, Manjot Hallen finds, people are quick to question whether that person is OK to drive home.

But what the lawyer at Warnett Hallen LLP rarely sees is someone questioning a friend’s fitness to drive if that friend has been on a smartphone all night following a bad breakup or a personal crisis and will likely get behind the wheel without ending the call.

As smartphones, tablets and smartwatches have flooded the marketplace the past five years, he’s found his own law firm flooded with more distracted-driving cases than at any point previous.

In May, Warnett Hallen partnered up with B.C.-based Drop It and Drive to try to fight the phenomenon. The law firm is providing financial support for the not-for-profit organization as its members speak at workplace safety expos and high schools, and provide seminars to businesses looking to get employees more focused on the road.

First responders, such as Surrey RCMP Cpl. Bryan Fedirchuk and retired Surrey Fire Service Capt. Tim Baillie, provide visual displays illustrating the impact of distracted driving on victims and speak about their own experiences when dealing with these accidents.

But it’s not only devices that have the potential to distract people when they’re on the road, according to Drop It and Drive founder Karen Bowman. The organization is also coaching businesses on the dangers of driver fatigue and complacency behind the wheel. 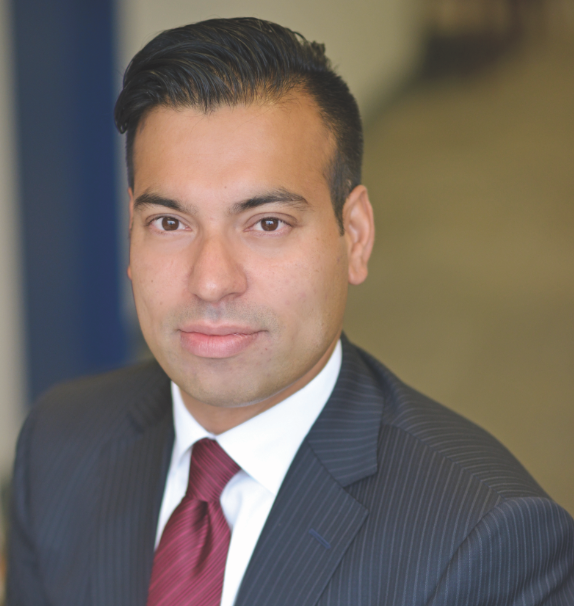 “Hands-free is not any safer than hand-held [devices],” said Bowman, whose 13-year-old daughter still suffers from pain and headaches after being involved in an accident involving a distracted driver five years ago. “We give [companies] a hands-on exercise so they can see for themselves that even though you’re using something that’s legally allowed … that doesn’t mean you’re able to process everything that’s going on around you.”

Photo: lawyer Manjot Hallen says cases of distracted driving has jumped significantly at his practice the past few years.

She said the business community has been “extremely receptive” to the message behind Drop It and Drive, which has reached 48,000 individuals across B.C., Alberta and Ontario since its founding in 2010.

“This works for them from a preventative standpoint,” Bowman said. “Some companies bring us in because something has already happened, but by far and large, large companies across Canada are recognizing this as a huge threat to the safety of their workforce.”

In the cases he sees at his own practice, Hallen said, young people make up a disproportionate number of those responsible for distracted-driving accidents.

It’s going to be more difficult, he said, to educate tomorrow’s workforce on these dangers when the young people of today are so attached to using their devices regardless of the dangers.