By Glen Korstrom | August 24, 2015, 8:58am
One of iQmetrix's new products is called XQ Shelf and it lets customers use touch-screen technology to surf merchandise that may not be in stock | submitted

Innovative retailers are using technology to expand sales as the future of traditional bricks-and-mortar merchandising gets increasingly murky.

For Shoes.com CEO Roger Hardy, however, it’s not a question of whether to invest in new technology but of whether it’s cheaper to build proprietary software from scratch or to partner with an established provider.

His company partnered with Toronto-based Slyce Inc. (TSX-V:SLC) earlier this month and is starting to roll out a feature on Shoes.com’s mobile website that allows customers to photograph footwear and upload the photos into the site’s search engine.

Slyce’s technology then scans Shoes.com’s inventory of tens of thousands of shoes to find matches to the photographed item.

“We thought about building the technology but decided that Slyce had the way to get there with the best product the fastest and the cheapest,” Hardy told Business in Vancouver.

“It’s a technology that’s really suited for mobile users,” he said. “You’re at a party and see a shoe you like so you take a photo. We let you upload that quick snapshot and find what you want to buy.”

Hardy said his company is on track to generate $320 million in annual sales and to be a $1 billion business by 2020.

Helping customers find what they want quickly has long been a goal for retailers who know they’ll lose sales if a store layout or website is cumbersome.

“The physical store is in a bit of an identity crisis right now,” said iQmetrix CEO Christopher Krywulak. “Retailers are asking, ‘What is the role of the store?’ and ‘What are the barriers between online and the store?’” 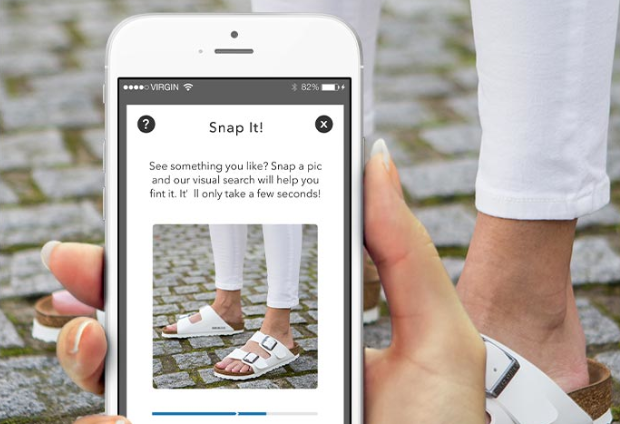 Some of the stores have additional in-store technology, including high-resolution touch screens that customers can use to find products that might not be in stock. As they browse, recommended items are suggested below.

Krywulak pointed to Amazon.com statistics showing that 35% of its sales are for products that were recommended to customers who were looking for other items.

Krywulak intends to expand this technology and is in talks with a major U.S. conglomerate that has retail stores.

Other retailers are partnering with Burnaby-based Cymax, which is starting to license its e-commerce platform to small furniture retailers, such as Coquitlam’s Lane Home Furnishings.

Most of Cymax’s $190 million in annual revenue comes from its furniture e-commerce site, which connects manufacturers with consumers.

“We don’t stock anything,” Cymax CEO Arash Fasihi told BIV before explaining that all transactions on Cymax’s website involve furniture flowing to the customer direct from the manufacturer without going through other distributors. 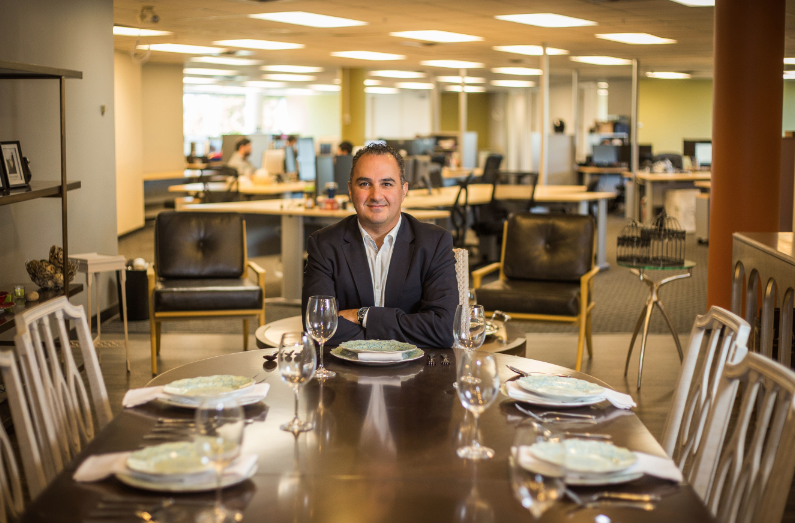 “About a year ago we decided that given that we have this amazing technology platform designed for Cymax, why don’t we white-label it and allow other manufacturers and retailers to use it?”

Cymax plans to launch its new Constant Retail division in October to help small furniture stores and manufacturers add e-commerce to their websites.

“We want to help those stores have the ability to compete by having the same [e-commerce capacity] as Restoration Hardware, Pottery Barn or other big U.S. corporations,” Fasihi said.