The cost of renting a home in Vancouver is notoriously high and as vacancy rates have fallen, it has become even more difficult to find affordable housing.

Many renters turn to other cities within the Lower Mainland where rents are lower. For this reason, it may come as a surprise to learn that the highest average rents for three-bedroom suites in Greater Vancouver are not in Vancouver itself; they are in Coquitlam, according to a RentSeeker.ca infographic.

The average three-bedroom suite in Vancouver is renting for $1,369. In Coquitlam, this number jumps to $1,826. 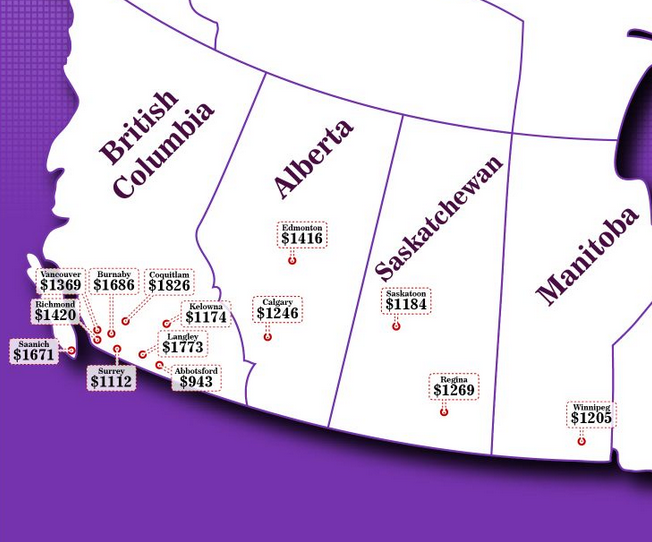 This doesn’t mean that someone going out today to rent a three-bedroom apartment should head to Vancouver looking for deals. The figures are based on landlord-reported amounts for all units – not just new ones. It therefore includes long-time renters who have benefited from strict rent-increase limits over many years.

What this means is there is less turnover for three-bedroom apartments in Vancouver than in Coquitlam and other suburbs. Fewer apartments changing hands means landlords aren’t able to jack up rents beyond the amount permitted by law.

“Landlords are governed by annual rent increases – for Vancouver the 2016 number is 2.9%,” said Chaim Rivlin, CEO of RentSeeker.ca.

“However, when a renter moves out and a new renter moves in, the landlord can charge whatever the rental market demand is at the time – meaning no ‘rent control.’”

People in the suburbs tend to move more, and higher turnover means the cost per suite will increase along with the market.

Rivlin attributes this higher turnover in the suburbs to renters being less hesitant to move from one building to another for work or school.

“[In Vancouver], renters are more likely to stay with their rental suite for a longer period, either due to housing prices being more expensive within the city or because they are more hesitant to move and give up a rental that is likely less than the market costs at that time.”

The same doesn’t hold true to the same degree for smaller units, however. According to the data, Vancouverites are more willing to let go of a bachelor apartment, for example, than a three-bedroom unit, driving average prices for small suites in Vancouver higher than in the suburbs.

It’s not uncommon for an apartment building to have tenants paying a wide range of rents. It is possible, for example, to have a three-bedroom suite going for somewhere in the $800 range in the same building as a much smaller one-bedroom unit that is costing double that amount. This would be the result of the three-bedroom renter having stayed in the unit for several years, versus the one-bedroom renter having just entered the building at a much higher rent amount. 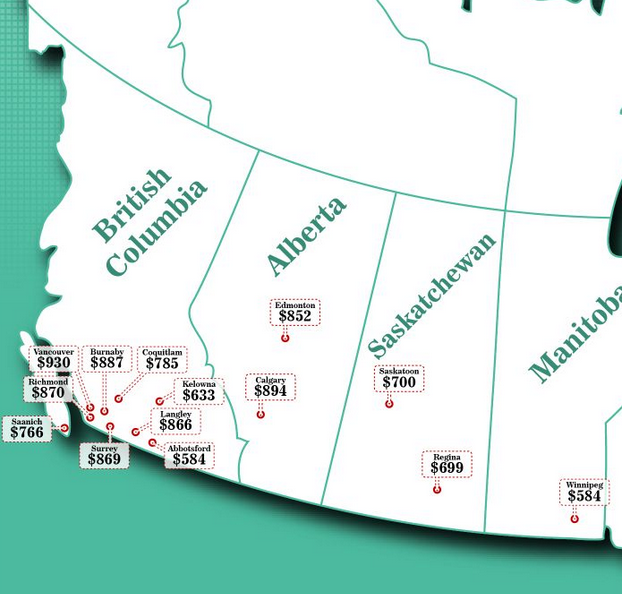 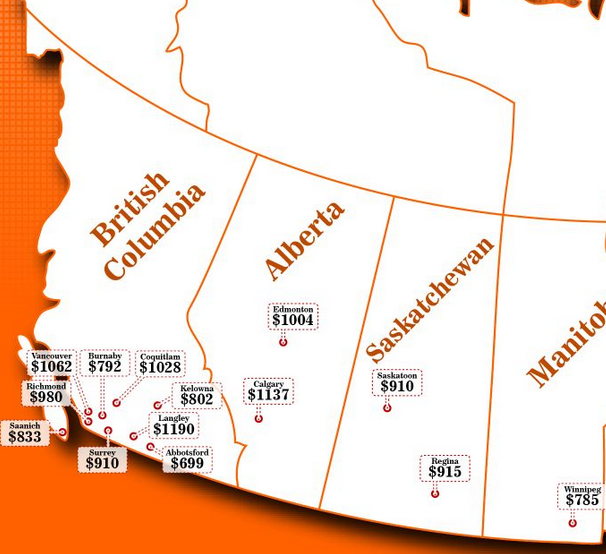 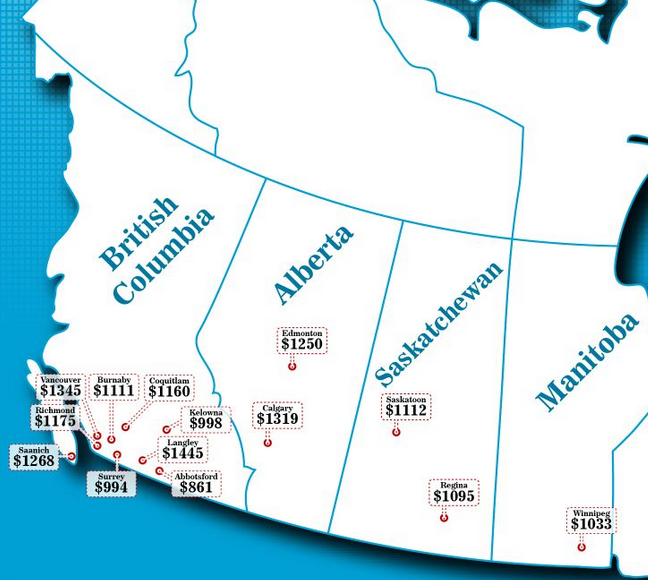