She studied hard and applied several times but did not have high enough marks on her graduate management admissions test in her first two attempts.

Her third try was lucky, she told Business in Vancouver.

It was 2012 and she was then applying for admission to the Ivy League institution despite lacking a key accreditation: a bachelor’s degree.

“I had certificates as well as the Ch’nook aboriginal education program at the University of British Columbia’s Sauder School of Business,” she said.

“That brought me up to a level where I could get in.”

Business schools usually list bachelor’s degrees as a requirement for those wanting to enrol in master of business administration (MBA) programs, but can be flexible if a candidate has a strong employment record or equivalent education.

In Fisher-Rivers’ case, she also had plenty of experience at the Squamish Nation, where she had various roles, including working in external communications, and helping connect various levels of government and companies that wanted to engage in business with the Squamish Nation in the lead-up to the 2010 Winter Olympics.

She attended a session that described various grants, scholarships and other opportunities for funding that she might get were she to pursue a Harvard education.

Then she hopped on the SeaBus to go home to North Vancouver and was struck by a large ad in the terminal promoting a new offering from Simon Fraser University’s (SFU) Beedie School of Business executive MBA program.

SFU was preparing to accept a first intake of about 25 students for its executive MBA program in aboriginal business and leadership.

Now one of the inaugural graduates of that program, Fisher-Rivers believes she made the right choice.

Not only was she able to learn at a local university that was tailoring part of its curriculum to incorporate aboriginal culture and traditions, she was also able to keep costs down by staying at home so she could help take care of her elderly mother.

“The aboriginal component of the program really appealed to me,” said Fisher-Rivers, who is in her 40s. “What SFU’s program does is it includes our values, history, culture and protocol for how we do business. It also has a strong component of accounting, marketing and negotiation skills. It marries the two.”

About 80% of the program is the same as the other executive MBA programs that SFU offers, program director Mark Selman told BIV.

Other executive MBA programs at SFU, such as one that launched in fall 2015 and aims to appeal to the needs of northern B.C., similarly have slight variances from the basic program.

SFU also has undergraduate offerings that include an interdisciplinary First Nations studies program, which has courses in areas such as archeology, history and women’s studies.

Fisher-Rivers explored options for funding and was able to get money from the Squamish Nation as well as what is now Indigenous and Northern Affairs Canada. She even did a community fundraising event to secure tuition so she could graduate without a student loan.

“I advise young people to try out the Ch’nook program because it has marketing and accounting,” she said. “Because it is only for one year, is not as in-depth as at SFU, where it is three years.” 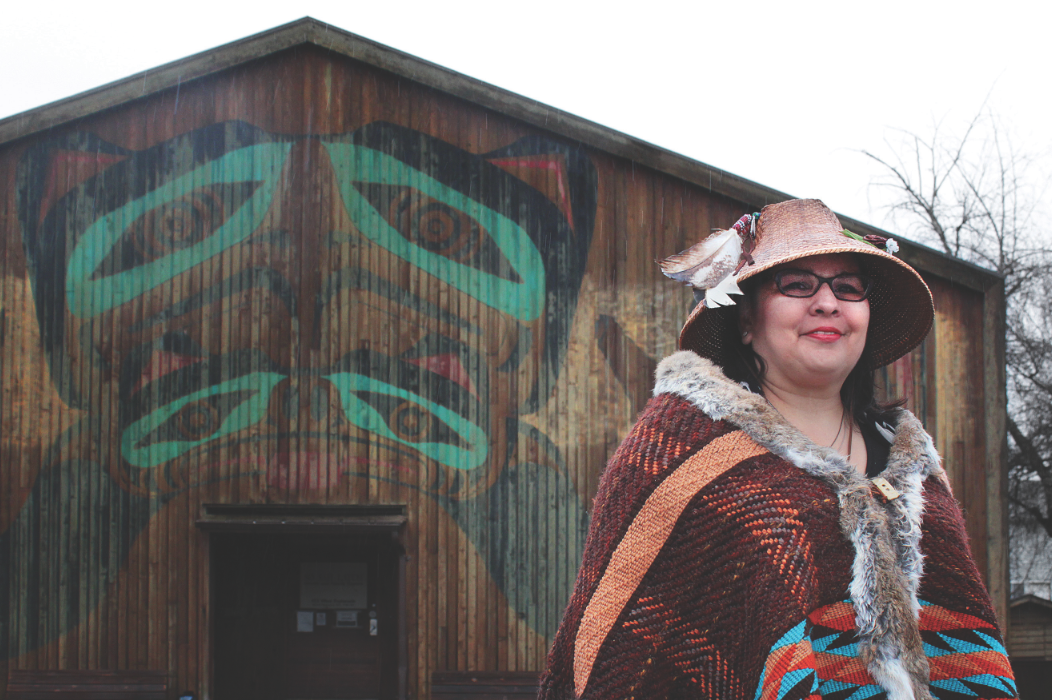 Other training includes the Aboriginal Business and Entrepreneurship Skills Training (BEST) program. Funding for that free program comes from federal and provincial governments as well as other bodies, including Vancity, which also has a microloan program for BEST graduates.

That microloan initiative aims to fill the gap between traditional bank lending and venture capital.

The most important first step toward a successful business career, however, is to complete high school. On that front, aboriginal youth are doing better than ever before.

The percentage of aboriginal students who complete high school in B.C. has increased steadily to 63% in the last school year. That’s up from about 54% six years ago, according to B.C. Ministry of Education statistics.

There is still room to improve, however, as that rate still lags behind the overall 84% high-school graduation rate. •