By Glen Korstrom | August 9, 2016, 9:18am
Holborn CEO Joo Kim Tiah also owns the Trump Tower, a development in Squamish and most of a city block in downtown Vancouver | Chung Chow

By next spring, developer Holborn plans to apply to build the first of 17 buildings on its 15-acre site that’s roughly bounded by Main Street, Ontario Street, East 37th Avenue and East 33rd Avenue.

But whether it will follow through on that plan and begin marketing the project depends on Vancouver’s real estate market remaining stable.

“With the recent 15% tax on foreign owners, I don’t know what the market is going to be like in the spring, but I hope it will still be good,” Holborn CEO Joo Kim Tiah told Business in Vancouver.

Three of the buildings can rise as high as 12 storeys, though most will be fewer than six storeys, Tiah said.

“We’ll probably build the social and the market housing together at the same time but I don’t want to guarantee it,” he said. “In the rezoning we are required to deliver the majority of the social housing in the first phase.”

The rezoning delay was in part caused by controversy over the project. Residents peppered city councillors with concerns about density, community amenities and traffic patterns, and many are unhappy that the city gave the rezoning a green light.

Buium fears that Holborn could now sell the site for a profit and that the new owner would factor in a higher cost base before developing homes that are more expensive.

But Tiah rejected that out of hand, saying he has “no such plans” to sell the site. 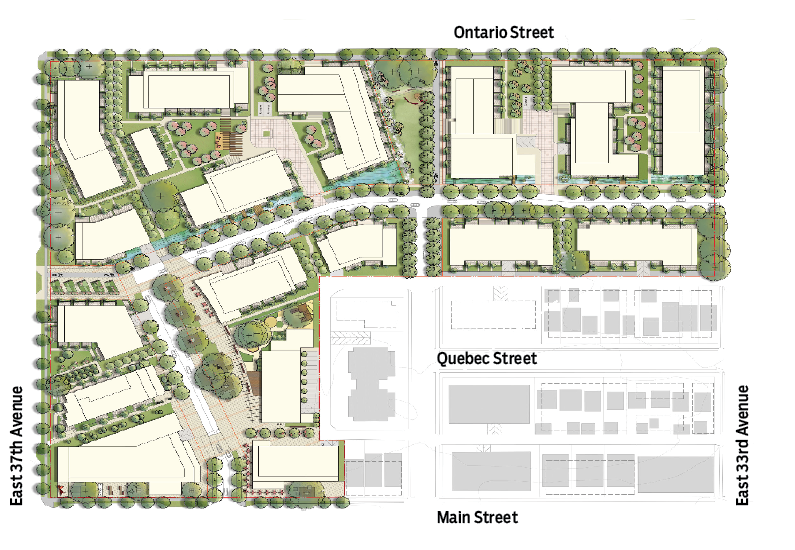 He expects that it will take until the end of this year to complete necessary legal documentation related to the rezoning.

The next step would be to start filing applications with the city to build what will likely be three buildings in the first phase, he said. Those buildings are likely to be near Main Street and East 37th Avenue. Tiah said that he will probably work with Rennie Marketing Systems to help sell the units.

“We want to go about it as fast as possible,” he said, adding that his goal is to complete the project in about eight years.

The B.C. government chose Holborn to redevelop the site in 2009 and in 2013 finalized a deal to sell the property to the company for $300 million.

Housing Minister Rich Coleman said the government pumped all of that money back into construction of around 2,000 social housing units across the province, most of which were in Vancouver.

The Little Mountain megaproject is one of many developments that Holborn CEO Joo Kim Tiah is juggling.

His most famous real estate holding, the controversial Trump International Hotel and Tower Vancouver, opens this fall with the Trump Organization contracted to manage it.

Tiah owns three penthouses in the structure but will wait before putting them up for sale.

“If you sell penthouses in the pre-sale, you’re doing yourself an injustice,” he said. “The person who will pay that sort of money for a product like that usually wants to see the actual finished product. They like to touch and feel. I took the decision that I’m going to customize the penthouses and furnish them.”

A sub-penthouse in the tower sold for $6.74 million; it’s speculated that each of the three penthouses could fetch upwards of $20 million.

Holborn is subdividing the land to create lots for 72 single-family homes and 33 duplexes.

“We’re probably selling lots by the end of this year, but next year we will be building multi-family and single-family homes,” he said.

Then there’s the downtown Vancouver city block, bounded by Seymour, West Georgia, Dunsmuir and Richards streets, in which Holborn owns most of the land, including the Bay parkade.

“We don’t own all of the lots because the owners are not willing to sell,” he said. “We’re working on a concept design for that site now. It will be mixed use: retail, office and hotel as well as residential. We’ll probably have to do some rental housing. We’ll see.”

Rezoning would be needed for that site. Tiah said that he should be ready to submit a rezoning proposal for it by the end of 2017.