Real estate in Vancouver has been significantly overvalued since...

By Emma Crawford Hampel | September 28, 2016, 9:42am
The Vancouver real estate market has the highest bubble risk in the world | Shutterstock

Neither weakening commodity prices nor the global recession have weakened the housing market in Vancouver, and the city now has the dubious distinction of having the world’s highest bubble risk, according to a UBS Switzerland report released September 27.

Real estate in Vancouver has been significantly overvalued since 2007 and has really heated up in the past two years due to foreign demand. The market is “clearly out of step with economic fundamentals,” according to the report, and there are a number of factors that could burst the bubble, including higher interest rates, an increase in supply and a change in foreign capital flow.

“Real house prices [in Vancouver] have increased by more than 25% since the end of 2014 in the wake of a weak Canadian dollar, which apparently stimulated Asian demand even further,” UBS said in its report. “Moreover, loose credit conditions have offset the economic slowdown due to weak commodity prices.”

UBS gives the cities a score to measure how likely its real estate market is to burst. Anything over 1.5 means it is in a bubble. Vancouver’s score is 2.14. 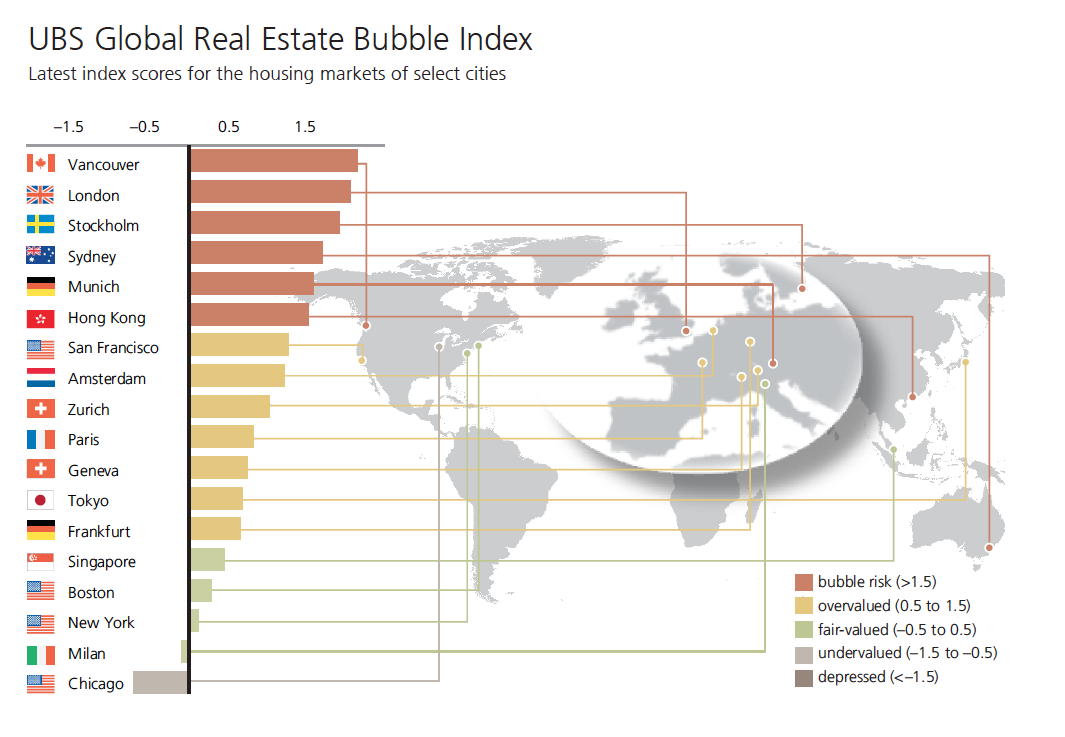 The measure ranks the cities partly in terms of price-to-income, which is a ratio that measures the number of years an average skilled service worker would need to work to be able to buy an apartment of around 60 square metres (approximately 646 square feet). Vancouver ranks around the middle of this measure at just under 10 years (see graph below). Hong Kong takes top spot, at around 18 years.

On one of the other measures, however, Vancouver comes in first place. The city has the highest price-to-rent ratio in the world. This ratio measures the number of years an apartment would need to be rented in order to pay for it. In Vancouver, this would take almost 40 years. By comparison, in Hong Kong, this would take less than 35 years. 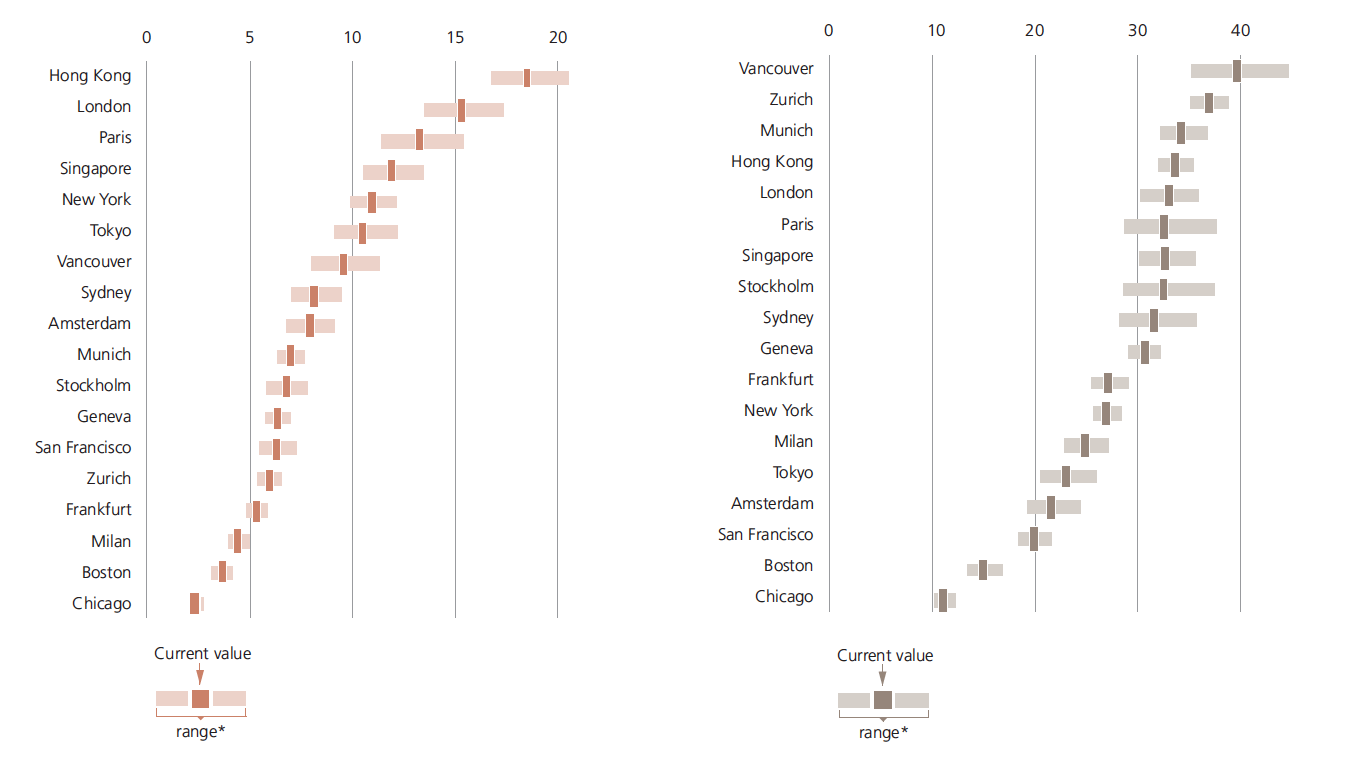 London has the second-highest overall bubble risk in the world despite attempts to cool the market, including the introduction of stamp-duty rates on rent-to-let properties. This city has seen a cooling in its luxury market, however.

London is followed by Stockholm, Sydney, Munich and Hong Kong.