New mall construction, new retailers rolling into the region in 2017

By Glen Korstrom | January 2, 2017, 8:00am
Tom Lee Music is rumoured to be leaving its decades-old space on Granville Street to move to new space downtown | Chung Chow

Metro Vancouver’s retail scene is expected to transform in 2017 with new malls launching construction and a slew of new retailers opening their first stores in the region.

Headway will also likely be made in recasting high-profile retail streets.

Rumours continue to swirl that the long-empty Granville 7 Cinemas space in the 800-block of Granville Street will soon be filled and that Tom Lee Music, one block south, will vacate the first three floors of a 90,000-square-foot, five-storey complex at 929 Granville Street to move elsewhere in the downtown core.

That move will enable the former Tom Lee Music space to be subdivided at street level into five separate retail units.

Meanwhile, over on the 1000- and 1100-blocks of Alberni Street, plans are progressing for new sidewalks, overhead lighting, planters and other streetscape improvements. City council’s rezoning of 1550 Alberni Street in October unlocked more than $32 million in community amenity contributions that are earmarked for West End “public realm improvements” on Alberni Street and elsewhere, said Charles Gauthier, CEO of the Downtown Vancouver Business Improvement Association.

As for the region’s new shopping malls, both the McArthurGlen Designer Outlet Vancouver Airport and Tsawwassen Commons are set to break ground on Phase 2 components in 2017.

McArthurGlen originally planned to open its second phase in 2017 but with construction not yet underway, that 140,000-square-foot expansion’s launch is not likely until at least 2018.

Canadian Tire, PetSmart, Dollarama and Nando’s are the only retailers currently open at the mall’s 332,500-square-foot first phase, which is a series of contiguous big-box retailers and not an enclosed mall.

The destination is across Canoe Pass Way from the 1.2-million-square-foot Tsawwassen Mills mall, which opened in October. 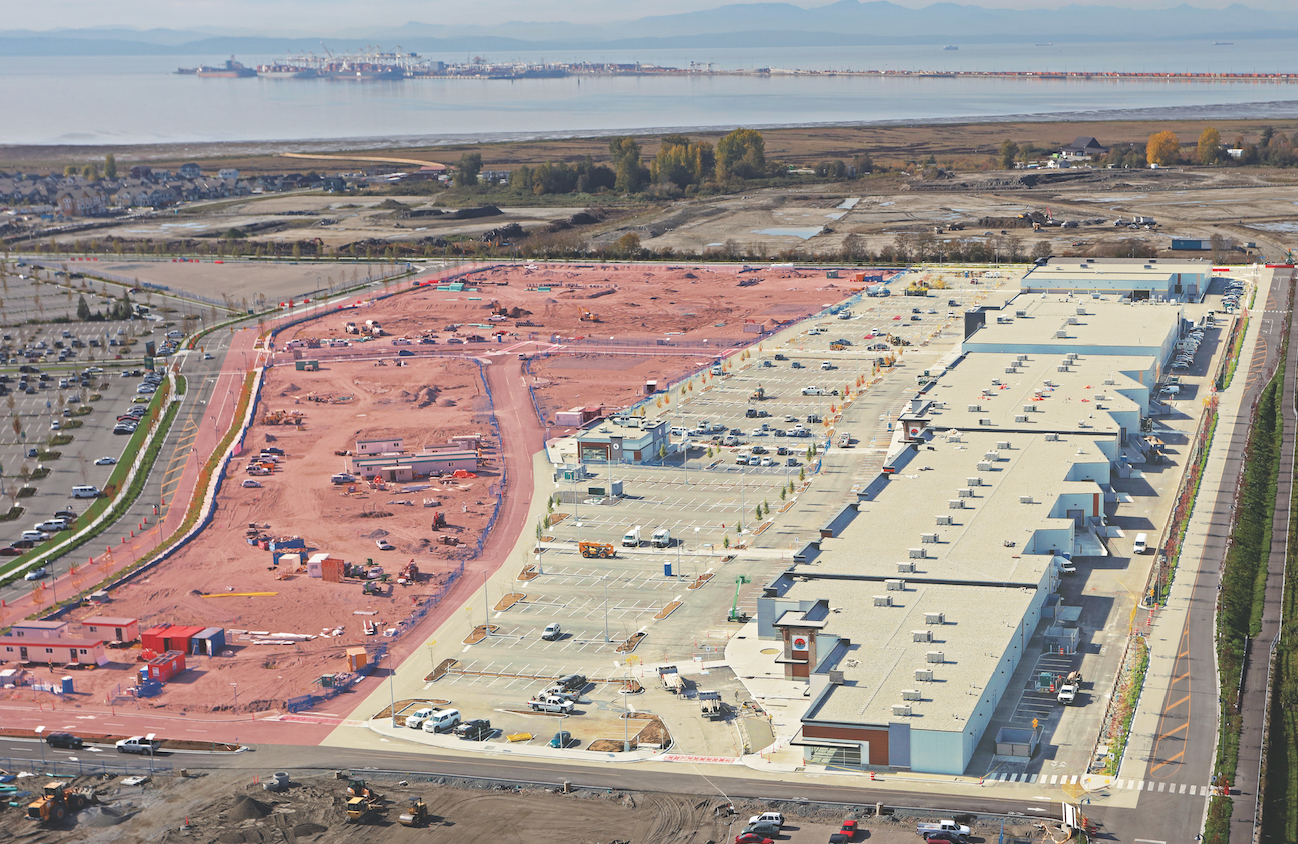 PDG partner David Coon told Business in Vancouver that he expects a Walmart and a Rona store to open at Tsawwassen Commons’ first phase on January 26. HomeSense and Mark’s would then take possession of their first-phase units and complete tenant improvements in February or March. Staples would then do the same thing in April.

“Vancouver will have a very exciting year for retail in 2017,” said retail analyst and Retail Insider Media owner Craig Patterson.

He expects at least 15 major brands to open their first Metro Vancouver locations in 2017.

Tenants involved in confirmed openings include H&M’s sister brand COS, at 18 Water Street, and a Van Cleef & Arpels, opening on Alberni Street.

Nespresso will open a location at Oakridge while the e-commerce showroom chain Moda Operandi has said that it will open in Metro Vancouver but has not yet divulged the location, Patterson said.

Not everything will be rosy, however, as retailers will be preparing to survive on thinner profit margins.

The U.S. government is also lobbying Canada to match the $800 duty-free limit that American consumers currently have when making online purchases from Canadian companies.

Canadians are eligible to buy only $20 worth of goods online from U.S. retailers before duties kick in when those goods are shipped to Canada.

If that limit is raised, B.C. retailers will face stiffer price competition from the U.S.

There’s also the possibility that the BC New Democratic Party will win the May 9 provincial election and raise the provincial minimum wage to $15, which would squeeze retail profit margins even more.