Tourism advocate Walt Judas and the importance of travel

Walt Judas considers tourism to be a “forum for understanding.”

With U.S. President Donald Trump initiating travel bans, and xenophobia-inspired terrorist attacks senselessly killing innocent civilians, rarely has there been a time when travel and tourism have been more important as a way of bridging cultures and cultivating understanding, Judas said.

As CEO of the Tourism Industry Association of British Columbia (TIABC), it might be expected that Judas would feel that way.

The 54-year-old has been to 36 countries and to all continents except for Antarctica. Travel for him is more than just a profession – it’s a passion.

“Through technology, social media and otherwise, the world is a much smaller place, yet our ability to understand each other is really through travel, not merely through technology,” said Judas, whose organization advocates for the tourism sector in B.C. “To sit with somebody face to face in their home country, on their soil, helps [promote] learning and perspective.”

That passion comes through when Judas urges governments to create regulations to mitigate the impact of short-term rental companies such as Airbnb. His aim, as always, is to keep B.C.’s booming tourism industry strong.

“We’re certain to get the attention of politicians at this year’s conference,” he said with a smile. “It’s an election year and we’re holding it in Victoria.”

Delegates to TIABC’s annual conference, to be held February 22-24, include business owners who are expected to urge the federal government to modify its temporary foreign worker program to make it easier for tourism industry employers to hire seasonal workers. They are also likely to stress to the B.C. government the importance of adequately funding ferry service so tourists can move around the province more easily.

Despite Judas’ dedication to tourism, he almost ended up as a sportscaster. 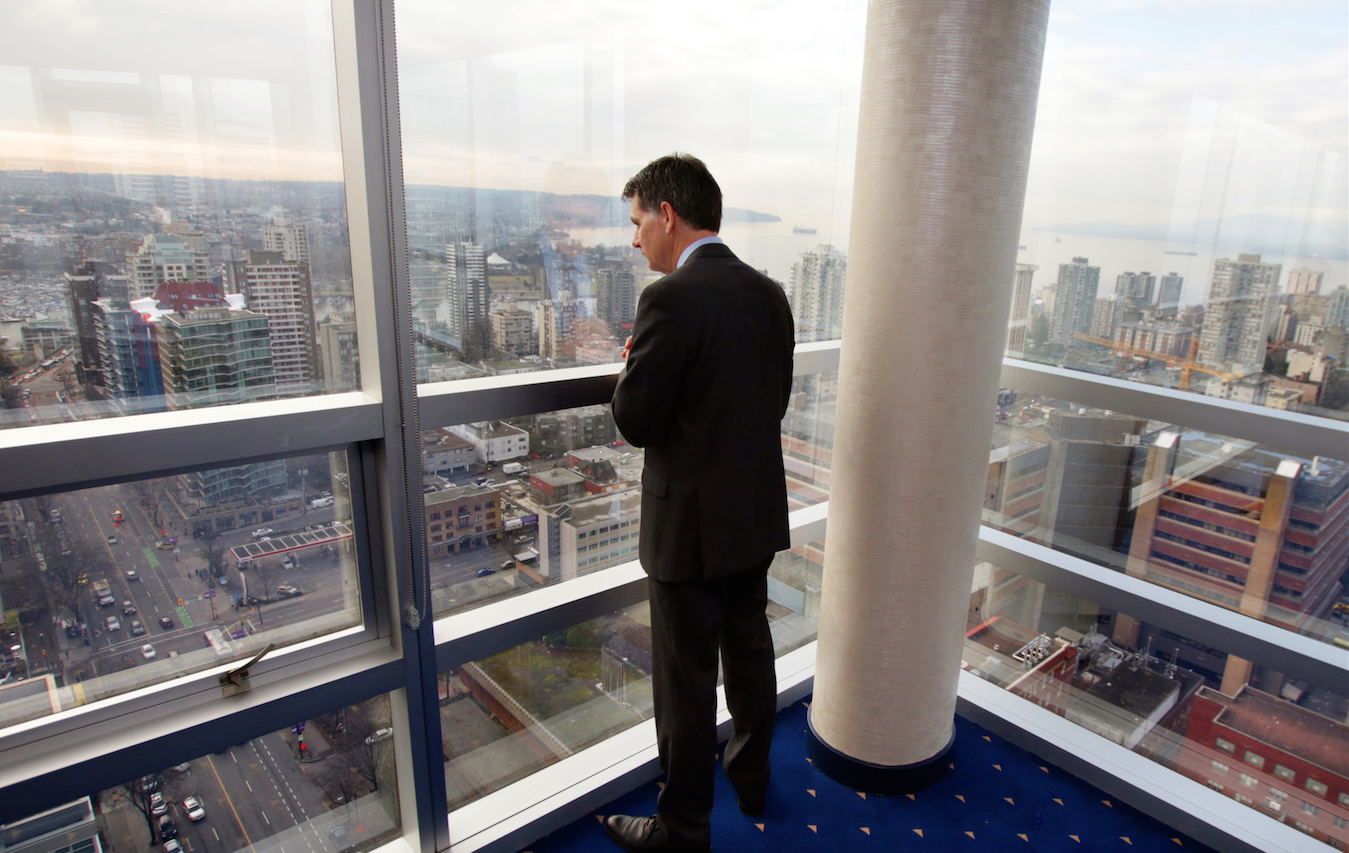 The Vancouver native’s first love was journalism. He completed a diploma in broadcasting from the British Columbia Institute of Technology after graduating from high school in Richmond.

Radio station CISL gave him his first shot at broadcasting, in 1982, even though the station was struggling financially. CISL laid off many on-air personalities but Judas survived because, he said, “I was willing to work seven days a week for next to no money.”

His first assignment at the station was memorable.

After conducting interviews in the Canucks’ Pacific Coliseum dressing room, Judas recalled, he headed to the Islanders’ dressing room to do some interviews for a freelance gig with a New York radio station.

Most of the team had already left but two players remained.

“I was this rookie, green reporter and had questions written down,” Judas remembered.

“Bryan Trottier came out of the shower in a towel and more or less took control of the interview. He was unbelievable, and then he called out to the other guy, who was singing in the shower.

“It was Mike Bossy. They gave me great clips, so I fed them to New York and they were probably the best clips around because there was no background noise.”

After about five years as a sportscaster, Judas was promoted to program manager. He hired talent such as former Canucks goalie John Garrett, who now does colour commentary on Sportsnet.

Judas said he was offered a job in 1989 with the late-night TV sports program Sports Page but turned the job down to pursue public relations.

He had been married a few years and was a new father, so he wanted to have conventional work hours and a larger salary.

Getting on at PavCo – B.C.’s Crown corporation that manages sites such as BC Place stadium – fit that bill nicely.

Six years later, he moved to a similar role at what was the Vancouver Port Authority.

Other “whistle stops” included a short stint at Continental Communications, which morphed to become Weber Shandwick. He also did contract work for the Pace Group.

Had it not been for a search firm that urged Judas to apply for a communications role at Tourism Vancouver, he might never have found his way into the tourism sector.

“He is a very strong communicator, succinct and to the point while being candid,” said former Tourism Vancouver CEO Rick Antonson, who hired Judas and was his boss for most of the nearly 16 years that Judas spent in executive roles at that organization.

“Walt has a strong provincial perspective in what makes tourism work,” Antonson said. “He’s well aware of, and helped develop, the realization that many visitors to Vancouver from around the world only come here for two or three days out of a two- or three-week vacation.”

That insight into what drives people to visit B.C. prompted Judas to develop travel-media itineraries that reflected that perspective and, in the process, strengthened Tourism Vancouver’s relationships with travel marketers around the province and across the country, Antonson said.

As often happens when organizations hire new CEOs, there was a rotation among other executives.

“[Speer] was looking to reshape the senior management team,” Judas said. “I left and a short while later the senior vice-president left.”

TIABC had an opening for a CEO in May 2015 because the organization’s former boss, Ian Robertson, left to lead the Greater Victoria Harbour Authority.

Judas took the jump and has since been looking to expand TIABC’s membership and revenue base.

The main similarity between Tourism Vancouver and TIABC is that both organizations promote tourism in the province. There are substantial differences, however.

Tourism Vancouver also has spacious offices above its tourist centre at 200 Burrard Street while TIABC shares a cubby-hole office with the BC Hotel Association and the Alliance of Beverage Licensees in a two-storey walk-up building on Howe Street.

Tourism Vancouver has about 60 employees and its budget was expected to be about $21.8 million last year, while TIABC’s budget is about $250,000 and it is staffed by four, including Judas.

The membership composition in the two organizations is also different.

"My goal is to build membership, grow our annual conference and ensure that TIABC remains relevant and that we’re accountable,” Judas said. “We need to demonstrate to the industry that we can move the needle on a number of issues and that we’re acting on the industry’s behalf.”•