By Tyler Nyquvest | June 6, 2017, 2:35pm
Downtown Abbotsford. Housing in Abbotsford was significantly less affordable at the end of February than it was a year earlier, according to Vancity | Photo: Tourism Abbotsford

Home buyers seeking haven in alternative municipalities to Vancouver may be out of luck as a recent report by Vancity Credit Union indicates suburban unaffordability is on the rise as well.

While overall affordability of residential properties sold in Vancouver dropped by 3%, affordability in areas buyers traditionally look for alternatives to downtown living dropped by:

- 23% in Abbotsford and Maple Ridge; and

Only Richmond and White Rock saw affordability improve over the same period, by 1%.

“While pockets of affordability still exist, they are disappearing as prices in the Fraser Valley and other parts of B.C. continue to rise.”

The report measured the affordability of 30 municipalities across the Lower Mainland and Victoria over a one-year period ending on February 28, 2017. Vancity calculated affordability by looking at the median home price and median income and then calculating a gross debt service ratio (GDS) for each municipality. The GDS is the percentage of an average household’s gross monthly income required to cover mortgage, property taxes, strata fees and heating. 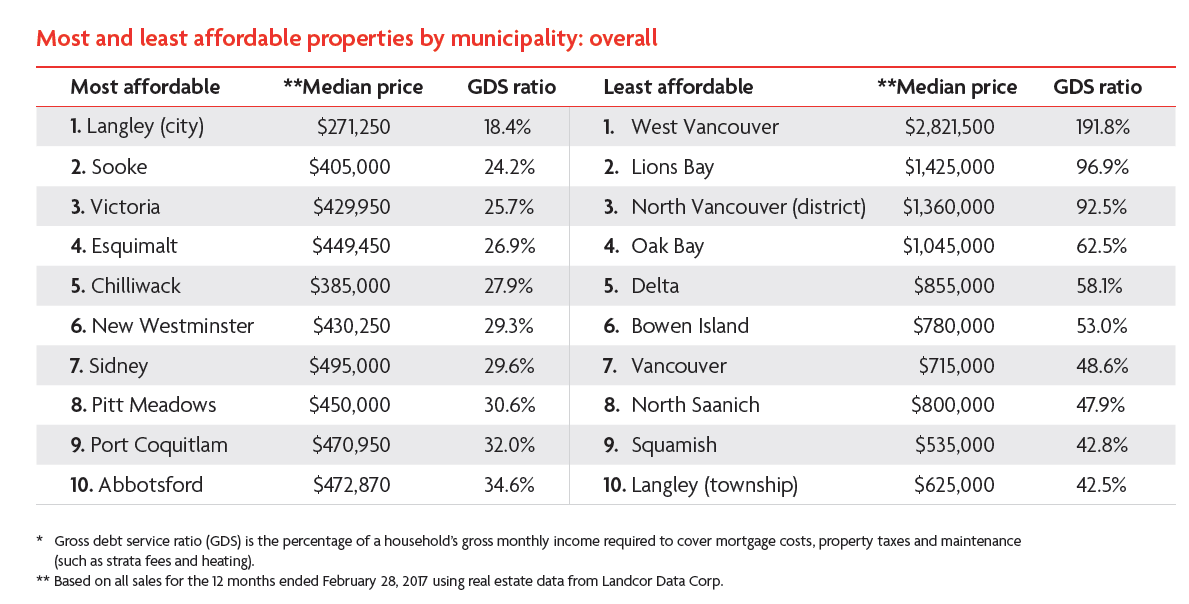