B.C.’s largest Crown corporation, BC Hydro, will be getting a new CEO thanks to its board of directors terminating the contract of Jessica McDonald.

McDonald, who had been Hydro’s CEO for approximately three years, announced her departure on Twitter, and BC Hydro later confirmed to Business in Vancouver that the departure was not voluntary.

(Click here to read a BIV profile of Jessica McDonald)

The shake-up comes after the new NDP government announced on July 20 that Ken Peterson is the new chairman of the utility. Peterson will also fill the role of CEO, BC Hydro spokeswoman Tanya Fish told BIV.

Peterson is the former CEO of Powerex, which is BC Hydro's energy trading and marketing subsidiary.

Chris O'Riley, as president, will assume the day-to-day managerial, top-executive role at the utility. He was appointed Hydro's deputy CEO in February 2015.

McDonald has racked up numerous awards for her work and been recognized as one of Canada’s most powerful women.

Premier John Horgan, when he was NDP opposition leader in 2014, criticized McDonald’s appointment as a “Liberal partisan.”

She was previously deputy minister to former Premier Gordon Campbell, cabinet secretary and head of the public service. Her ex-husband, Mike McDonald, was former premier Christy Clark’s chief of staff. 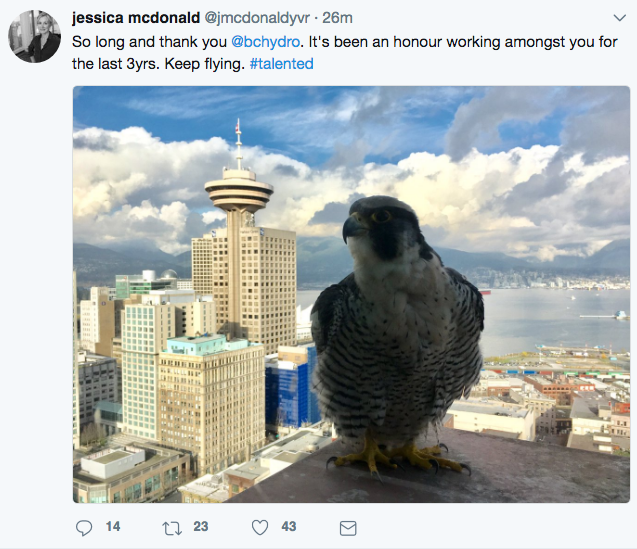 BC Hydro's management shake-up happens as the new NDP government, which has support from the Green Party, readies to send the utility's $8.8 billion Site C dam project to the BC Utilities Commission for an economic review.

Horgan, through the years, has held different positions on that dam megaproject, but he has said that the review is one of his top priorities.

Once the review is complete, he has said that his government will make a decision on whether the project should continue or whether it will be cancelled, despite the government already spending nearly $2 billion on Site C's construction.