The average rent listing for this home type exceeded $2,000 for the first time

Vancouver’s already-expensive rent has broken yet another record, according to PadMapper’s latest data, which takes into account listed rents for units currently available and does not include those homes that are already rented out.

In July, the average listing for one-bedroom apartments currently available for rent in Vancouver increased 2.5%, reaching $2,090. This was the first time rent for this home type jumped higher than the $2,000 mark since PadMapper started tracking this data across Canada.

Vancouver remains – by far – the most expensive major city in Canada in which to rent an apartment. Toronto once again came in second place with rents of $1,800 and $2,430 for one- and two-bedroom apartments, respectively. One-bedroom rents in Canada’s largest city are, on average, 16% lower than in Vancouver, and two-bedroom rents are almost 33% lower. 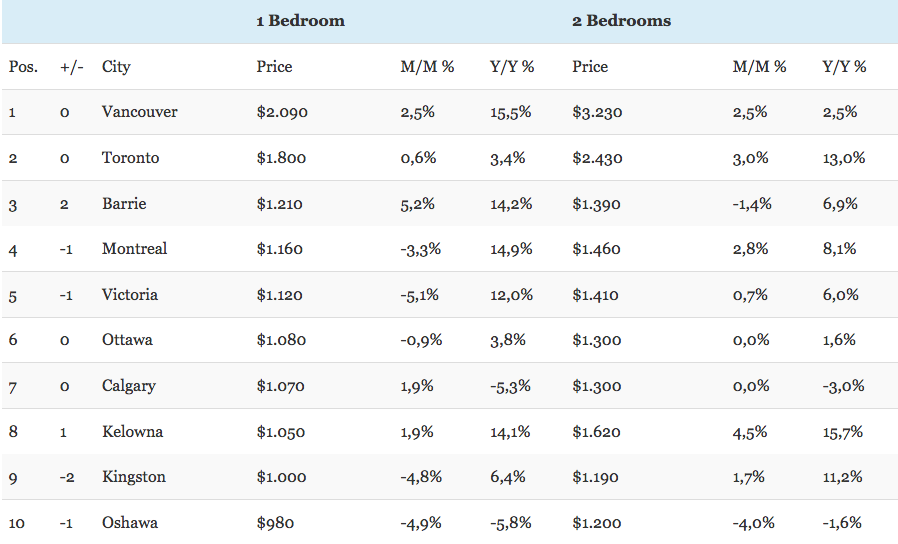