What would be city’s fourth-tallest high-rise aims to echo under-construction Vancouver House opposite, to create new “Granville Gateway”

By Joannah Connolly, Glacier Media Real Estate | October 11, 2018, 10:37am
Pinnacle International has filed a rezoning application for 601 Beach Crescent, the 54-storey building on the left. Along with Vancouver House, it would create the new "Granville Gateway." Image: Pinnacle International/GBL Architects

A rezoning application, along with a fresh set of renderings, has been filed with the City of Vancouver for what would be the city’s fourth-tallest tower.

Pinnacle International wants to build a 54-storey luxury high-rise at the north end of Granville Bridge, opposite the under-construction Vancouver House. Together the redevelopment of the Granville loop lands is intended to create the new “Granville Gateway” – a grand architectural entrance from the bridge into downtown Vancouver.

The architect on the project, GBL Architects, has designed a curvilinear tower with a twist in the facade that pays homage to the twist in its 49-storey neighbour, Vancouver House.

If built at the proposed 163 metres, 601 Beach Crescent would be the fourth-tallest tower in the city, after Shangri-La, Trump Tower and One Burrard Place. 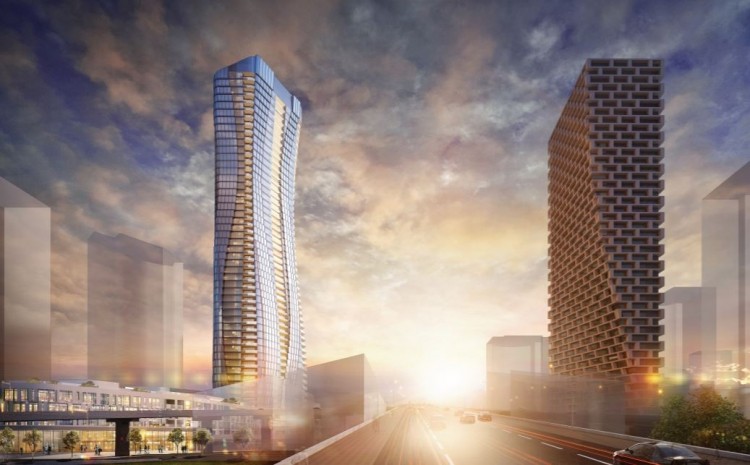 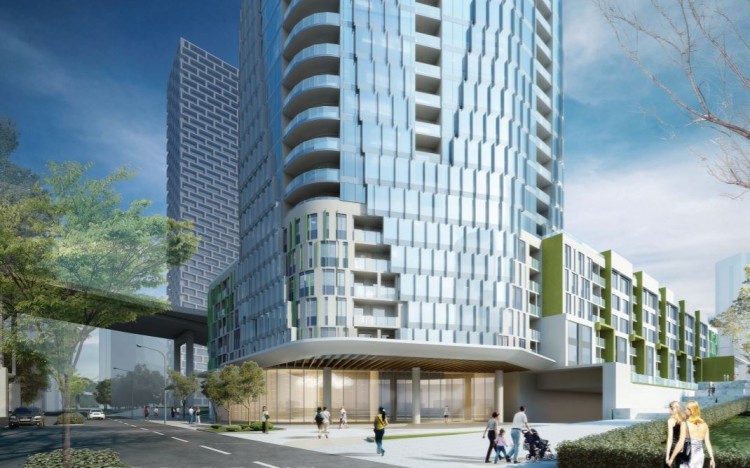 The design includes a seven-storey podium that would include 22,543 square feet of commercial and retail space, as well as extensive common amenities on the seventh floor, and a rooftop pool, hot tub and gardens. There would also be 442 underground parking spaces and a whopping 970 bicycle spaces. 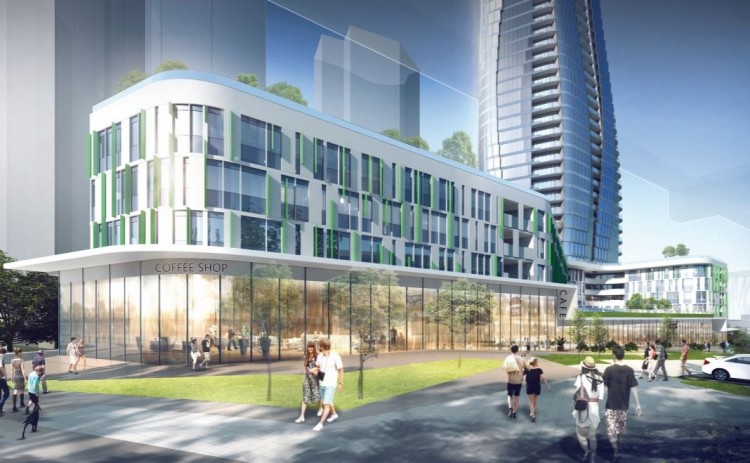 The site would also include a public park that would run around the new building and beneath Granville Bridge's off-ramp, creating an at-grade link to the neighbouring Vancouver House development. 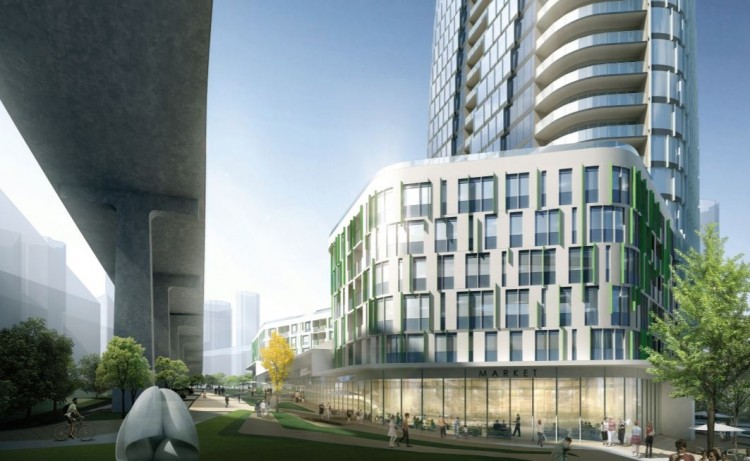 A public park under the Granville Bridge off-ramp would link the building to its neighbour in the new Granville Gateway community. Image: Pinnacle International/GBL Architects

Pinnacle's rezoning application includes a skyline study, which shows how the new building would fit into the cityscape. Because Beach Crescent is at a lower elevation than many streets in the downtown core, the building does not impact the skyline and “fits nicely” with the existing overall dome shape, according to the application.

The skyline impact study shows how 601 Beach Crescent would fit into the cityscape. The study suggests that, as Beach Crescent is at a low waterfront elevation, it would make a lesser impact than even some shorter buildings downtown. Image: Pinnacle International/GBL Architects

The rezoning application is being considered under the City’s Higher Buildings Policy. Residents may comment on this proposal by filling out the City’s online feedback form.