Ashley Smith, REBGV president, said, “Much like we’ve seen in the residential market, there’s been reduced demand in the commercial real estate market through the first quarter of the year. With housing inventory at a five-year high and more supply on the way, the development community appears to be taking a more cautious approach with new acquisitions and projects at the moment.” 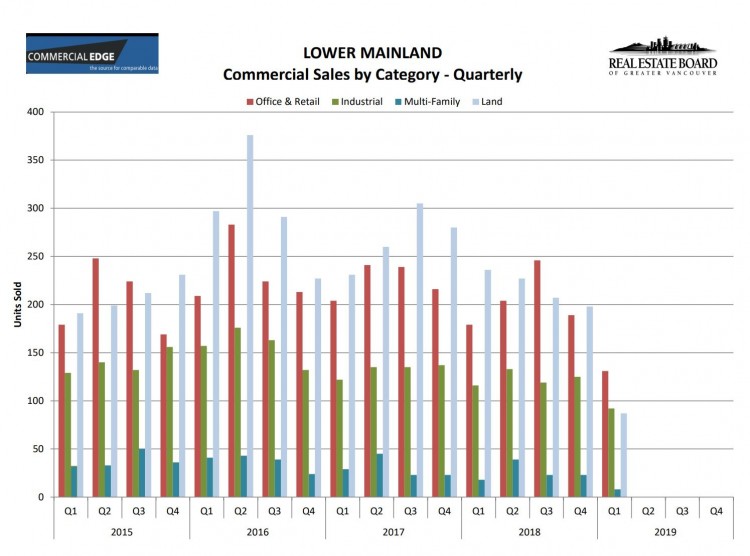 Multi-family transactions also saw a slow first quarter of the year – although as a market with fewer sales, this sector is subject to wider fluctuations. There were eight multi-family land sales in the Lower Mainland in Q1 2019, according to Commercial Edge, which is down 55.6 per cent over the 18 sales in Q1 2018.

The sector to fare best in the first three months of the year was the industrial market. There were 92 industrial land sales in the Lower Mainland in Q1 2019, which is down 20.7 per cent from the 116 sales in Q1 2018. That’s the smallest percentage decrease in activity of all the sectors, and this decline was made up for by higher transaction values. The dollar value of industrial sales was $392 million in Q1 2019, a 35.1 per cent increase over $290 million in Q1 2018.