The doors opened for the first time Wednesday morning at the storefront location in Ladner Village in what owner Crystal Avila Toigo described as a ‘soft’ launch, but that quickly turned into a full launch with her delicious doughnuts flying off the shelf in record time.

“Over 300 were gone by 10 a.m.,” she said. “We are so happy that the community has taken such a liking to our product. It’s a little bit surreal at the moment. Now it is just a matter of figuring out our supply and demand.”

“The Mexican food has been a hit as well. We kind of just transitioned from doughnuts to Mexican food this morning so it’s been interesting to see,” she said. 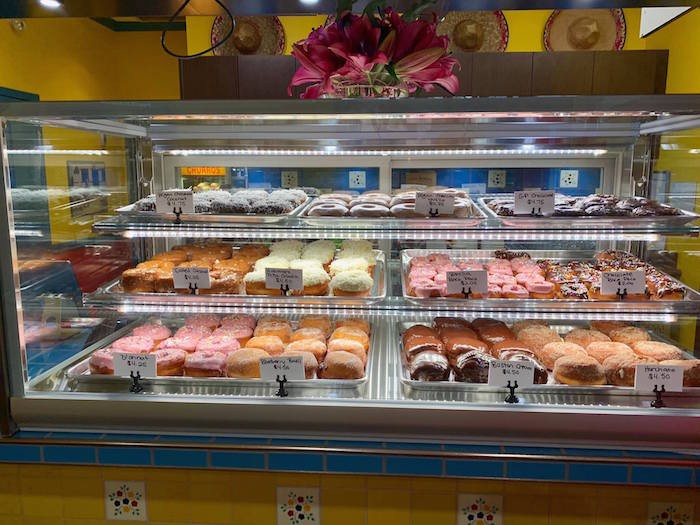 Toigo launched Boca Grande as a home-based business seven months ago. Her tasty, gooey creations became an instant hit, selling out in record time when she did pop up sales on Facebook.

Avila Toigo is no stranger to the culinary world.

She attended bakery and pastry school at 19. Her mom Wendy operated the El Taquito Restaurant in Tsawwassen.

She went to culinary school and after graduating went to work at Tsawwassen Springs and worked her way up to chef de partie.

“I then started baking more and experimenting more at home and discovered these doughnuts,” she said. “Friends and family said they were the best doughnuts they had ever had.”

After the popularity on-line, she and her husband Jeremy Morris started looking around for a storefront location.

“We couldn’t keep up, so we needed a physical location where we could have a doughnut fryer and produce more without sacrificing quality,” she said.

“My mom is also partnering with us and she will have her Mexican classics on hand for take-out as well as salsas to sell.”