By Glen Korstrom | October 30, 2019, 2:48pm
A member of B.C.'s Community Safety Unit lugs away a plastic crate filled with cannabis products from an unlicensed cannabis store on Thurlow Street | via @DanaLarsen on Twitter

Society director Dana Larsen told Business in Vancouver that the raid came without warning and took close to two hours. It involved CSU officials hauling products off shelves without doing any formal inventory of what they were taking, he said.

Larsen is surprised that the store was raided given that his store has a development permit from the city and has applied for a provincial licence to sell cannabis.

The store does not, however, have a city licence to sell cannabis, and the city’s chief licence inspector, Kathryn Holm, told BIV in June that she believed that the Thurlow Street store was one of four stores in the city that had owners who were “not demonstrating a commitment” toward going through the provincial process.

Larsen at the time told BIV that Holm was incorrect, and he repeated that after the October 30 raid.

“We’re still in the process,” he said. “We’ve filed all the stuff on our end and we’ve been waiting for a response.”

Larsen surprised some people by closing the Medicinal Cannabis Dispensary at 880 East Hastings Street on June 5 in response to a BC Court of Appeal ruling. He told BIV at the time, and on October 30, that he thought that by closing that dispensary he would be able to keep his Thurlow Street store operational. The 880 East Hastings Street store contravened city bylaws and was therefore ineligible for a development permit much less a business licence from the city.

Neither the CSU representatives nor the VPD made any arrests or indicated that there could be any charges, Larsen said. He added that he believes that any potential future government fines could be twice the value of the confiscated cannabis but that he would fight any future fine on the basis that the CSU officials conducted no obvious inventory of what they were removing.

Larsen said that he planned to open as soon as possible and that he was hoping to have some products on shelves in time for 4:20 p.m – close to four hours after the raid ended.

At around that time he tweeted that his store was indeed open. Others, such as the Twitter account  @AJ_Deswart, tweeted photos of a line-up outside his dispensary. 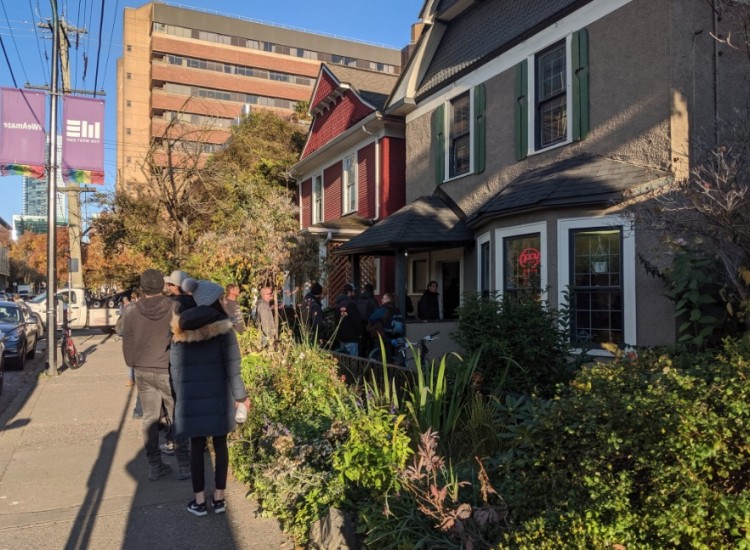 (Image: People stand in line to buy cannabis at 1182 Thurlow Street after the government raided the dispensary earlier in the day | via @AJ_Deswart on Twitter )

“We’re not the only ones,” Larsen said. “There have been some other raids recently. The Herb Co. got raided, and as far as I know they had a municipal permit. There’s been no media on it, and a lot of people are nervous about being in the news. They think that if there is coverage of them being raided, they’ll get raided more often.”

BIV was not able to immediately speak with anyone connected with The Herb Co., but the company’s website notes that none of its stores are open and that five locations are “opening soon.”

The VPD confirmed to BIV in an email that it "assisted the CSU on an inspection," and it referred questions to that unit. The CSU then punted questions to the Ministry of the Solicitor General, where spokesman Colin Hynes confirmed that raids are taking place and that the unit was "active" in Oliver today in addition to Vancouver.

"We can confirm that CSU officers have been active in the community of Vancouver for a number of weeks, visiting many illegal retailers that continue to operate without a provincial non-medical cannabis retail licence," he said.

"We’re unable to provide comment on any specific complaints or enforcement actions taken or comment on what the CSU will or will not undertake in response to specific cases or situations."

CSU officers have so far visited more than 191 unlicensed retailers to educate and to raise awareness about cannabis laws and the penalties and consequences for violating federal and provincial regulatory regimes, he said.

B.C. Solicitor General Mike Farnworth on October 18 said that dozens of unlicensed cannabis stores have shut down, although he did not specify whether all of the closures were because of his ministry’s CSU. At the same press conference, he revealed some ways in which he plans to liberalize the province's cannabis regulations. 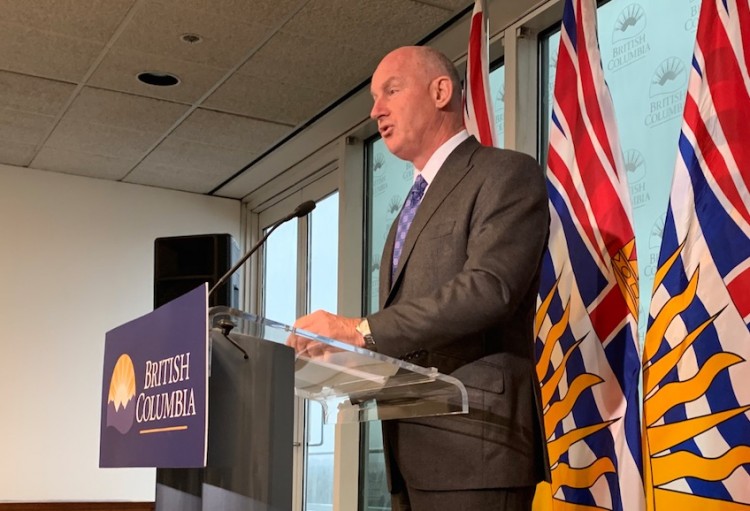 “There have been at least 36 stores that have been closed down,” Farnworth said

“I noticed one today, [October 18,] that was open a week ago and is now shut down. We were very clear from the beginning that as more legal stores come online, as more legal stores are open, then enforcements by the CSU will be ramping up. It’s only fair that those stores that have abided by the rules, that are paying their fair share of taxes, don’t have their competitive advantage undermined by stores that are operating illegally.”