Energy companies’ staffing up 38% over past five years

British Columbia’s top alternative energy companies grew an average of 14.3% in 2020 compared with 2019, according to data collected on Business in Vancouver’s Biggest Alternative Energy Companies in B.C. list (page 13).

Despite the high growth in the average number of people employed by the companies on the list, their median employee growth was zero, with a majority of smaller companies lower on the list seeing no growth over the past year.

Greenlight also had the largest five-year employee increase among the top five companies, growing 900% from just 20 people in 2016.

Schneider Electric had been B.C.’s largest alternative energy company before being overtaken by Ballard Power this year. 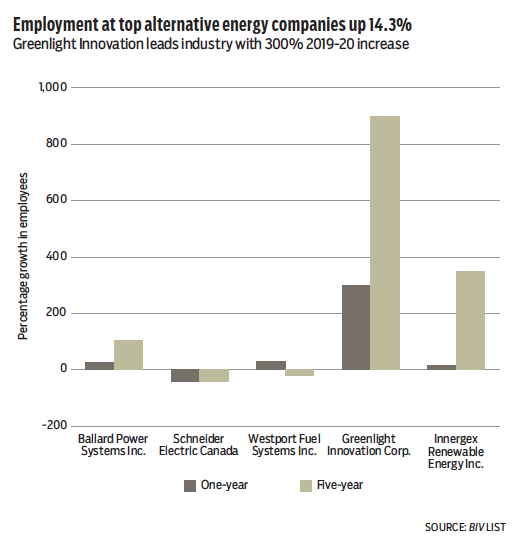 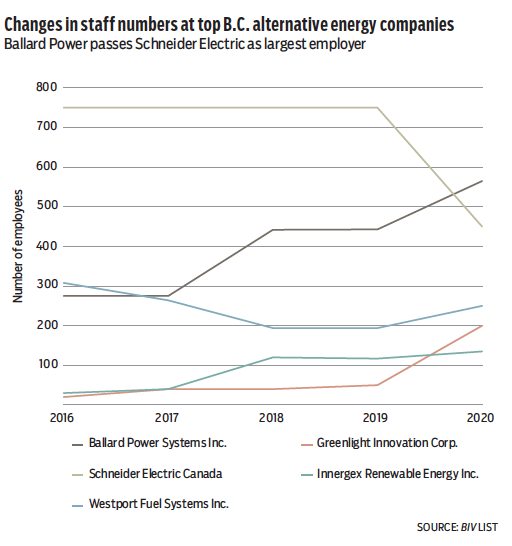 But in 2019, Westport Fuel, for the first time in five years, increased its employee base.

However, despite that growth, Westport has yet to return to its 2016 high of 308 employees. •