U.S. Customs and Border Protection (CBP) has requested 1,000 troops to be stationed on the Canada-U.S. border to stop the spread of COVID-19, a leaked agency March 19 memo says.

The memo, obtained by The Nation news outlet, is from Department of Homeland Security acting executive secretary Julianna Blackwell. It cites the need for troops to stop the “potential to spread infectious disease.”

"Canada is strongly opposed to this U.S. proposal and we have made that opposition very, very clear to our American counterparts," Freeland told reporters.

She said Canada has told Washington, “‘We really do not believe at all that there would be a public-health justification for you to take this action, of course it's up to you to decide for yourselves.’”

Further, Freeland said, the U.S. has been told that stationing troops on the world’s longest undefended border might not be “the right way to treat a trusted friend and military ally."

"Canada and the U.S. have the longest unmilitarized border in the world, and it is very much in both of our interests for it to remain that way," Prime Minister Justin Trudeau also said from Ottawa.

On March 21, the U.S. and Canada temporarily restricted all non-essential travel across the U.S.-Canada land border. Non-essential travel includes travel that is considered tourism or recreation. The movement of cross-border workers, trade and commerce has continued, seemingly an indicator of agreement between the allies that a border lockdown was not needed.

The memo, which also seeks a further 540 troops on the U.S.-Mexico border, said movement of illegal immigrants at places other than border-crossing points have the potential to spread infectious disease.

It cites President Donald Trump’s March 13 declaration of a national emergency in the COVID-19 situation.

The memo said troops would not perform police duties and that “decisions regarding the arming of the military for self-defence purposes and the related rules for use of force will be informed by the circumstances of their missions.”

The head of the United States Border Patrol would coordinate operational use of the military but would not have command over troops. 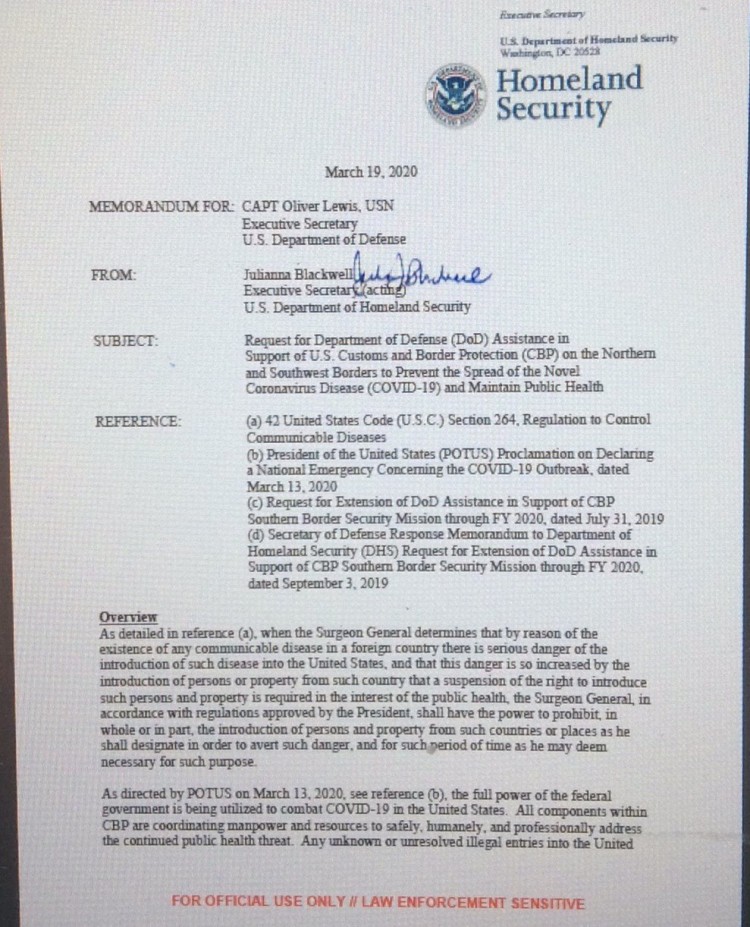 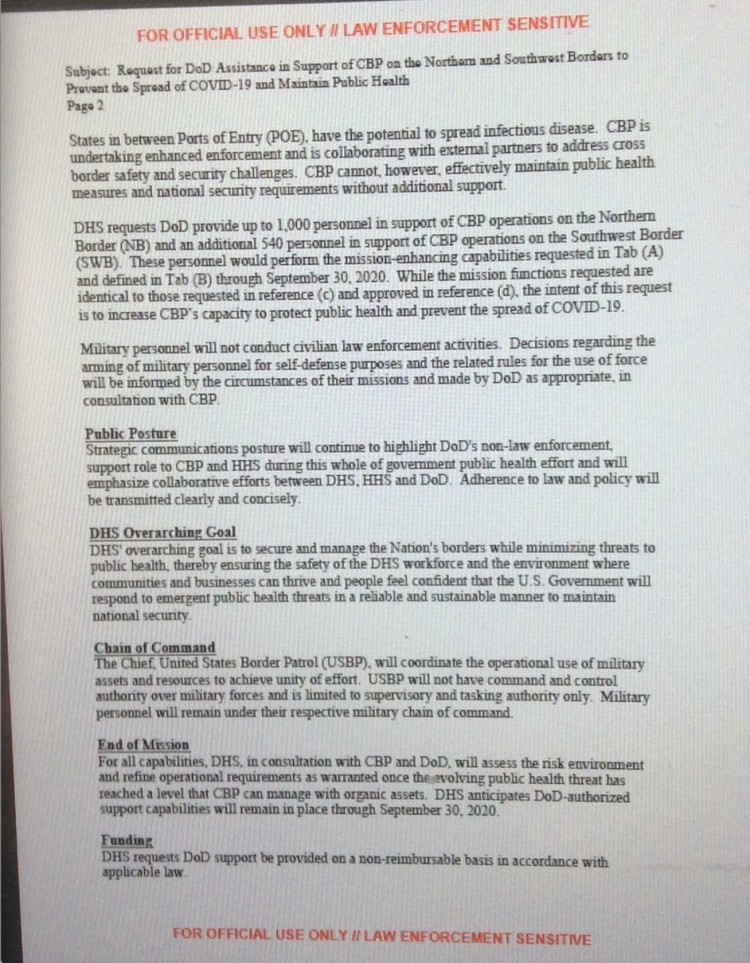