Women outnumber men in being infected, but their infections are less serious

The B.C. government on June 4 released updated data that showed COVID-19 has been a more devastating illness for men than it has been women.

“We are seeing in B.C. a phenomenon that is being seen in many countries around the world, that even though women are just as likely or even more likely to develop COVID-19, men are more likely to have more severe illness,” said B.C. provincial health officer Bonnie Henry.

She said, without citing any specific data, that the situation may be different in Ontario and Quebec, where the death rate for women is higher, because those provinces have had a higher proportion of their cases in long-term care homes, and women are more numerous in those homes. 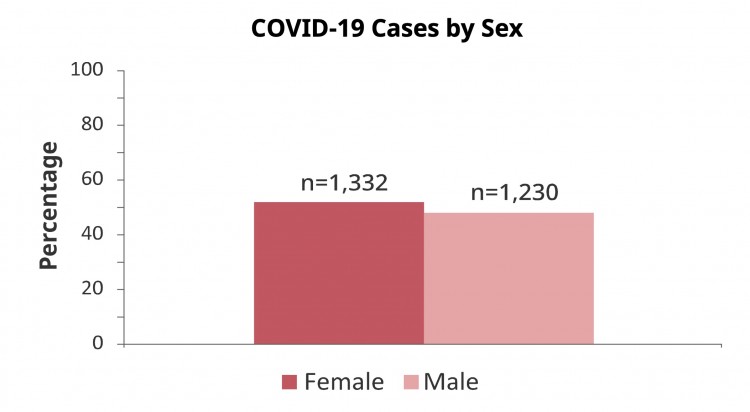 (Chart: females slightly outnumber males in the number of total COVID-19 infections, as of May 29 | B.C. government) 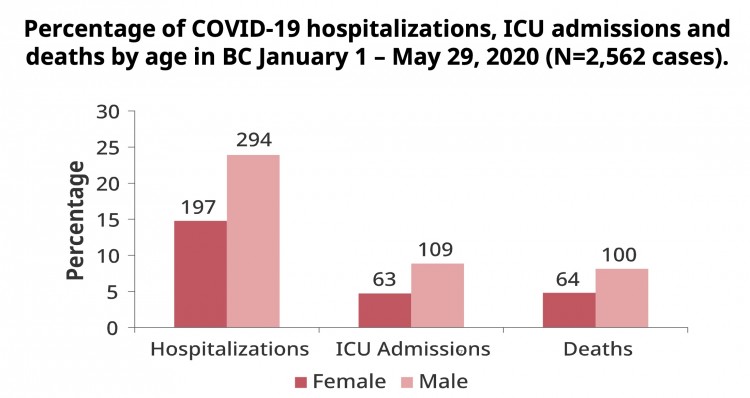 Age is the biggest determinant of how severe someone’s bout with COVID-19 will be.

More than half of the cases, or 51.6%, have been in people aged 30 through 60. Those people, however, represented less than half of 1% of the deaths.

That group of infected people had the highest mortality rate, as 33.6% of those people, or 43, died.

People in their 80s had a similar death rate, at slightly more than 33%, as 70 of the 212 people who contracted COVID-19 and were in their 80s died from the disease.

Only one person aged younger than 20 was hospitalized, and that person did not have to go to an intensive care unit. 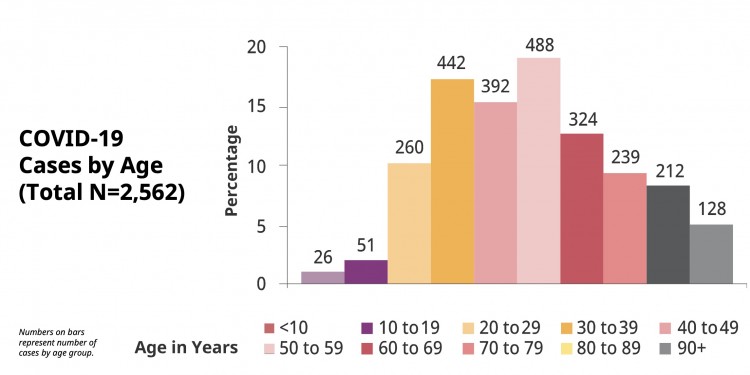 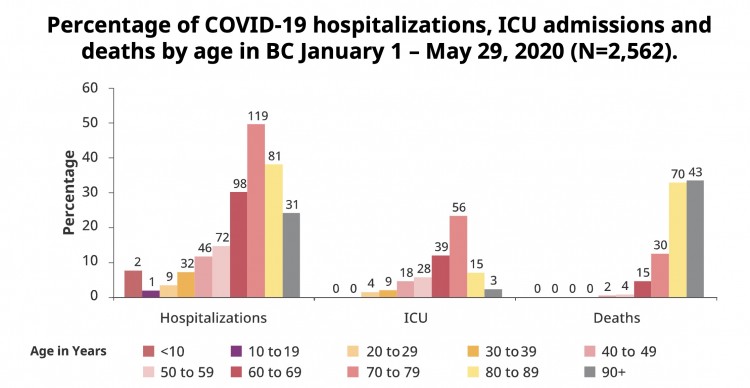 That strain really started to take off after a dental conference that sparked a large outbreak, Henry said.

“We had at least three slightly different strains, all of them related to Italy and Germany,” she said. “That really let us know that travel-related cases were really coming in and spreading in our community.

There are 26 people who are now in hospital, including six in intensive care units. No one has died from the disease in the past 24 hours.

More than 86% of people, or 2,265 individuals, have recovered from the disease that has caused a global pandemic.

One new community outbreak has been detected in the past 24 hours, at Burnaby's Beresford Warming Centre – a place that provides overnight shelter for vulnerable people. Three new cases are related to that facility.

Henry said 340 residents and 217 staff have been infected by COVID-19 in dozens of seniors' care facilities since the pandemic took hold in the province.