Growth has been slowing at British Columbia’s top public golf courses, according to data from Business in Vancouver’s Busiest Public Golf Courses in B.C. list (https://biv.com/datatables/busiest-public-golf-courses-bc-2020). In 2018, golf courses on the list boasted their largest growth in at least five years. While growth has since slowed, the average rounds played at the top 10 golf courses grew 3.2% to 60,239.9 in 2019, up from 58,383.3 in 2018.

Slowing growth could suggest that public golf courses were already facing some issues before having to address COVID-19 restrictions this year. 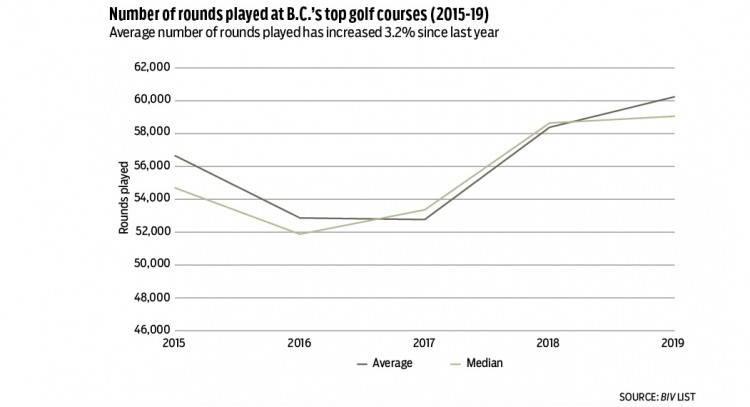