'[TransLink] claims to have a plan in place but it does not seem like it is being enforced,' wrote the petitioner

An online petition to ramp up COVID-19 safety protocols on Metro Vancouver’s buses and SkyTrains has gathered over 1,000 signatures.

The petition calls on TransLink to revise its safety plan, citing a lack of enforcement on mask wearing and that social distancing is “impossible on a crowded bus.”

“[TransLink] claims to have a plan in place but it does not seem like it is being enforced,” wrote Kelsey Lockert, who started the petition. “We should NOT have to feel unsafe using an essential service.”

In an email, TransLink spokesperson Jill Drews told The Tri-City News that the transit authority’s safe operating plan is always under review, but that at this time, it has no plans to make masks mandatory.

While TransLink recommends “customers wear a non-medical face covering while on transit,” Drews pointed to those who have trouble wearing masks due to health conditions and Provincial Health Officer Dr. Bonnie Henry’s recent comments that “we just do not want to go there.”

But Lockert’s call for “more urgency” comes amid a spike in COVID-19 cases across the province. On Monday, Dr. Henry announced 102 cases registered over the weekend, including one single-day case count of over 40 positive results, a number not seen since April.

"We do have the possibility of having explosive growth here in our outbreak, if we're not careful," she said the same day the BC Centre for Disease Control released updated modelling suggesting a potential upswing in cases over the summer. 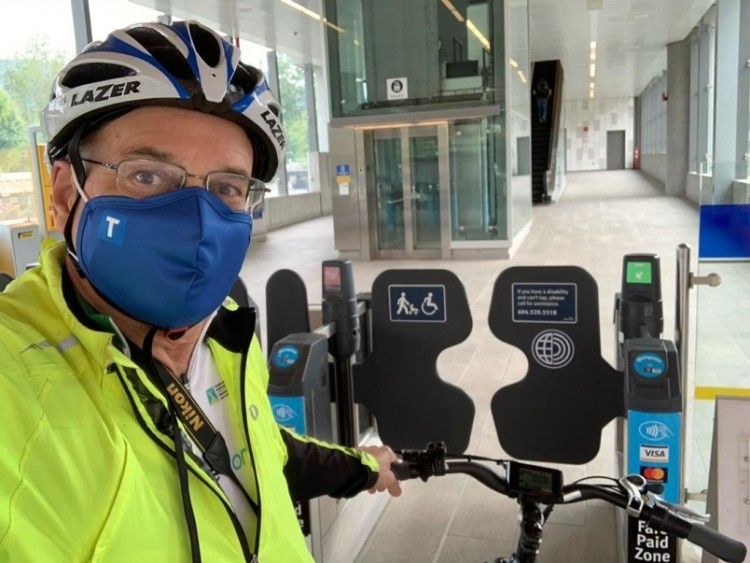 In June, TransLink launched a campaign to promote face coverings and non-medical masks on Metro Vancouver’s transit system. As part of the ‘Wearing is Caring’ campaign, more than 15,000 TransLink branded masks were to be handed out at key transit hubs.

Despite the campaign, one Tri-City mayor has put out his own call to re-commit to physical distancing and mask wearing on transit.

In a July 16 blog post shared on Facebook under the banner “No, seriously, we can’t be complacent,” Mayor Richard Stewart expressed concern when he found he was the only person in a SkyTrain car wearing a mask “despite the urging of TransLink and health officials.”

One signatory to the TransLink petition pointed to the steady drumbeat of flights through Vancouver International Airport in which passengers were exposed to someone else with the virus.

“People arriving on international flights at YVR are allowed to take transit across Vancouver and even to Vancouver [I]sland by ferry, as part of their ‘quarantine plan,’” the person wrote. “Masks should certainly be required for all transit users.”

— with files from Alan Campbell