COVID-19: What Vancouverites and others had to say in 2020

What a long, strange, emotional year we’ve had.

But our collective vocabulary on how to describe 2020 has been pretty much exhausted.

So on my last working day before I return in 2021, I thought it be best to look back on this unprecedented, extraordinary, paralyzing, remarkable, upsetting and deadly year through some original quotes.

I spent a lot of time this year covering city council via a small room in my house.

Too much time, actually, and not enough time out in the field, where I am most comfortable.

Although a story of a lifetime for many of us, the pandemic has largely removed that necessary interaction required to do the job properly and powerfully — the interviews in people’s homes, the observations of city life that lead to stories and provide colour to a narrative, the kibitzing with sources at a coffee shop, the scrums at city hall, the visits to a courthouse, the stories that come from happenstance.

In other words, elements of storytelling.

Some of my most memorable stories this year came from the few times I did get out of the house, including my visit in April with long haul trucker Thomas Bradbury, who I caught up with in Abbotsford near the Sumas border.

Bradbury shared some great stories from the road, including a recent stop to a Walmart in Mississippi, where he had to be escorted by sherriff’s deputies, who told him his load of food could be hijacked.

“Right now,” he said, standing in a gas station parking lot, “produce is like gold.” 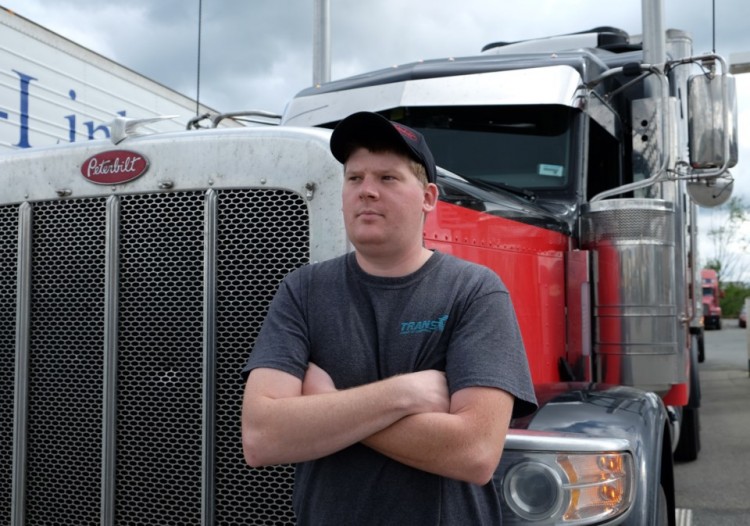 In March, I took a bike ride with photographer Jennifer Gauthier from Commercial Drive to English Bay, where we spoke to people about the effect the pandemic was having on them.

We met business owners, a care provider, a drug user, physiotherapists, a wedding photographer, a church goer and Grade 12 students Callum Orchison and Kyle Hansen, who were all masked up and trying to make sense of life as they knew it.

They had more questions than answers.

Would they return to school? Would they graduate? Would they get their jobs back at Rogers Arena, where they worked as food runners?

“Everything seems normal when you look at all the people here, but it’s not,” said Orchison, who was worried what effect the outbreak would have on his family’s business. “I’ve been bipolar with emotions. It’s a nice day but then I think about what’s happening with the world. It’s tripping me out.”

The pair has done things they would never do. They drove to Squamish earlier that day, just for something to pass the time and keep their minds off the news.

“Yeah, very weird, very odd,” Orchison said. “We’re just trying to make the best of it, and not worry too much, but it’s hard not to.”

Here, in no particular order, are some more quotes from people I wrote about this year.

“I am almost hyper-aware of all of my movements, all of the things that I touch, where I’m standing, where other people are. So it’s a different realization for myself, and I’ve really changed my behaviour in a way where my underlying assumption is COVID-19 is everywhere.”

“We’re trying to change our perspective to appreciate what we do have—we get to come home, we have a home, we have a family that loves each other a lot, and we have tons of support around us, especially right now from the community.”

“So much uncertainty— that is the main thing that we end up talking about is how to live in a world where we don’t know what’s coming next. It comes up in almost every session. It might not dominate every session, but it comes up a lot.”

— Dr. Christine Korol, psychologist, The Vancouver Anxiety Centre, on how the pandemic is a topic of conversation in about 75 per cent of her sessions.

“All my musician friends have been deeply affected — everybody. It just completely fell off in the course of less than a week. That’s my whole income. Basically everything just went.”

— James Meger, professional musician, on the effect of the pandemic on his career.

‘I was no Doris Day’

“I was no Doris Day, but it was definitely something that he remembers singing to me, so I wanted to bring that song to him today.”

— Samantha Monckton on playing “By the light of the silvery moon” on her trumpet on the street below her 78-year-old father Garry’s care home, where he later died of COVID-19.

“It is going against everything that Dr. Bonnie Henry has told us we need to do to flatten the [epidemiological] curve. Instead of less faces in larger spaces, it’s putting more student faces in poorly ventilated, under-funded, crowded indoor spaces, and I’m terrified.”

— Teacher Lisa Descary at a rally outside Health Minister Adrian Dix’s office in protest of government’s plan to return students to school. 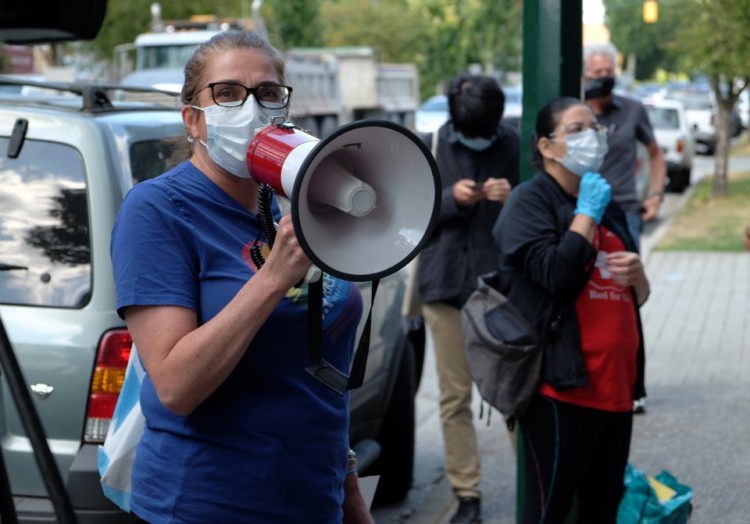 “Across this country we’re seeing it more and more with Indigenous peoples being injured or killed while being arrested. I’m so frustrated and dumbfounded. When you’re arrested, you shouldn’t end up being dead.”

— Terry Teegee, the Regional Chief of the B.C. Assembly of First Nations

“They were pretty well confused about our race. Racism isn’t something we see that often here in Bella Bella, but when we go out of town here, our people see it a lot. And having to go through it at a big bank like that is not just right. It could have been handled a lot differently.”

— Maxwell Johnson of the Heiltsuk Nation on he and his 12-year-old granddaughter being handcuffed by police while attempting to do some banking at a BMO branch in Vancouver.

“We’re not criminals, and we don’t want to be criminals. We’re not a bunch of crazed lunatics that run around with arsenals of weapons. Most of us don’t actually believe in using violence. I personally try to handle every situation without calling the police.”

— Christine Kennedy, resident of Strathcona Park homeless encampment, noting some campers are trained carpenters and welders out of work.

— David Napio, a client at the Crosstown Clinic in the Downtown Eastside, where he is able to inject diacetylmorphine, which is more commonly known as prescription heroin. 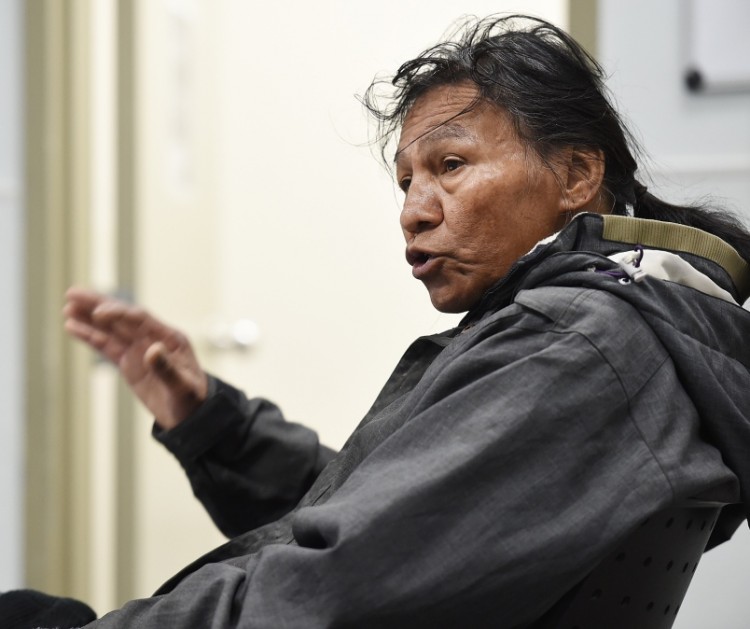 “We fundamentally need every jurisdiction to be taking significant action to solve a global crisis. The way we look at in Vancouver is we do have a role to play in managing our own emissions. We also have lots of evidence of where we’re figuring out successful approaches, and those get picked up in different forms by other jurisdictions around the world. So we think there’s sort of an add-on effect from the work we’re doing, and it justifies it, as well.”

“Here’s the deal, we’re 115 square kilometres between Boundary Road and the University Endowment Lands — 115 kilometres against the globe’s 510.1 million square kilometres. So we really have to be careful about what we do to move the needle in impacting the planet, and what we can do in the next few months. There’s much in this climate action plan which is positive and sensible that I support, but I am very concerned about the timing of this and the financial implications for a city that’s health and well-being is seriously under stress.”

“I’m flabbergasted that we would delay this. I think it’s a huge mistake. It sends the wrong signal. If we can’t even get a pilot project off the ground, how can anybody have any faith we’re going to do anything to help those who are not afforded the opportunities [in this city]?”

— Vancouver Mayor Kennedy Stewart on council’s rejection of his “Making Home” housing proposal, which he said was a “defining moment” in council’s four-year term. 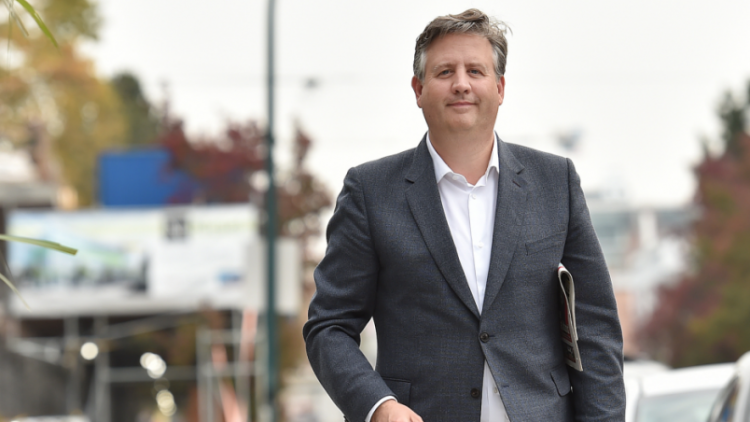 “I went up there with trepidation, fearing that I would be encountering people chasing me down the alley and garbage all over the place. I encountered a nice park full of more strollers than I’ve ever seen in my life and a bunch of happy families and children playing. I didn’t see any garbage, even in the alleys. When this site opens, the people in the neighbourhood will see that it’s helping and they’ll hopefully calm down a little bit.”

“I feel like I’m in a good place. I will continue to operate and represent the voters that voted for me. I have had a lot of support over the last few weeks from every type of organization, and people from every political party saying that they want to continue to see my voice at city hall.”

— Green Party Coun. Michael Wiebe on facing a court challenge regarding his vote on the city’s temporary patio program.

“This is our time to be kind, to be calm and to be safe.”

Thanks for reading. We’ll see you in 2021. Maybe even in person.