The popular Christmas classic has been reimagined during the pandemic

By Ben Bengtson, Vancouver Is Awesome | December 10, 2020
Goh Ballet, a dance school in Vancouver, is offering a new twist on The Nutcracker this holiday season. Instead of a live show, the dance school has filmed a new adaptation of the ballet audiences can watch online. Photo via Goh Ballet

A performance that has become a holiday tradition for many is going to look a little different this year, though it’s still set to capture hearts and enthrall audiences.

Since 2009, Goh Ballet’s The Nutcracker has been a staple for thousands of people across the Lower Mainland who make the annual pilgrimage to see Tchaikovsky’s two-act ballet in search of sugar plum fairies, mouse kings and enchanted evenings.

In past years, the dance school’s production of the Christmas classic has generally featured upwards of 250 cast members, according to Chan Hon Goh, a West Vancouver resident and the school’s director.

Naturally, that wasn’t going to be the case this year. “It was a very difficult decision to have to make, given so many uncertainties,” said Goh. “I was holding out.”

In late August, seeing that performance spaces likely wouldn’t be able to handle the large show during COVID-19, Goh pulled the plug.

Instead of a live show this year, Goh Ballet has made a film adaptation of The Nutcracker, with a new, pandemic-focused storyline, that will be available to stream online for free.

While the cast won’t be nearly as large, Goh said it was important to carry on with the The Nutcracker: Beyond the Stage for the dancers involved, many of whom depend on early stage productions like this to build their careers, as well as their audience.

“We have to not let our own community down. We’ve been homegrown for the last 11 years,” said Goh, who was with the National Ballet of Canada for 20 years before retiring as principal dancer then returning home to take over the Vancouver dance school her parents founded four decades ago. “I thought it would be really important to let people know a little bit about what dancers are going through during this pandemic, how it’s impacting them and their world.”

Several months ago, Goh partnered with filmmaker Lukas Dong on the project. The pair had originally collaborated a few years earlier when Dong made a short film about the school’s 40th anniversary.

After hiring a scriptwriter, the story was fleshed out and auditions for a small cast were held within the dance school. The movie, which was financed in part by the Royal Bank of Canada, attempts to showcase the life and times of a young dancer trying to make his way during the pandemic.

The production’s principal dancer is Alex Stonehouse, who joined Goh Ballet’s youth program this fall after a long hiatus from ballet. The story is in part based on his real life experience, according to Goh.

“The story hits close to home for him too. The story is what many dancers are living through. He’s done some acting before, but he really wants to make it as a dancer,” said Goh.

The movie is replete with Stonehouse trying to manage self-isolation during the pandemic while attempting to rediscover his passion for ballet – and for the fans of the dance and the music itself, the film is interspersed with plenty of flashbacks of Stonehouse and company rehearsing and performing The Nutcracker, said Goh.

Like all arts-related endeavours across B.C., Goh Ballet has been hit hard by the pandemic.

“As an arts organization, we are struggling. There’s been no income, there’s been no revenue,” said Goh. “We are always grateful to those who can make a donation to the arts.” 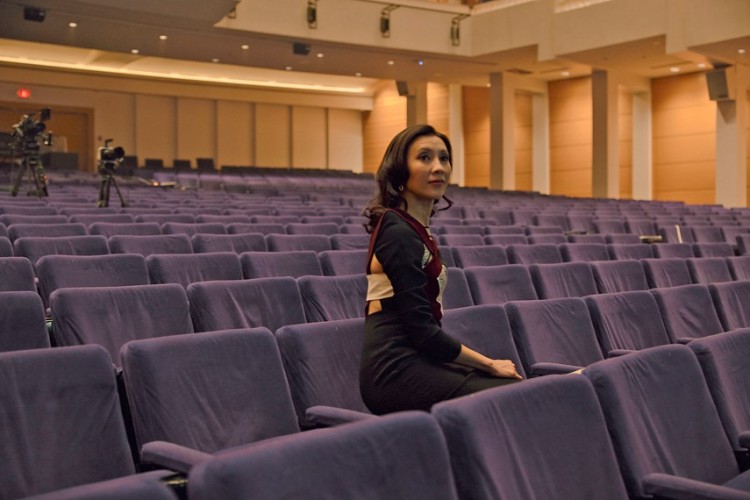 Goh Ballet has had to suspend all adult classes due to COVID-19 restrictions, though the dance school is still offering in-person lessons in a physically distanced environment for the under-19 ensemble.

That said, with the support of their sponsors, it was important for Goh to be able to show their new movie for free.

“Together we made the decision that our community really needs this,” she said. “We just wanted to give back to them as well.”

The film will be available for free for two weeks starting on Dec. 18.  View it on the school’s website here until early January.