The second phase of province’s economic renewal plan offers a path to the great indoors as theatres, museums and other venues prepare to open their doors again to customers

By Tyler Orton | June 15, 2021
Sunil Khanna, co-owner of the Fraserview Banquet Hall in south Vancouver, said his business has been busy getting ready for the resumption of indoor events | Rob Kruyt

A glimmer of hope seemed to be bouncing off Science World’s reflective dome back in March as attendance levels were experiencing a “big uptick,” recalls Tracy Redies.

But with the public health orders enacted that month, the Vancouver-based non-profit sunk back down to 20% to 25% attendance compared with the pre-pandemic era, according to Redies, its CEO.

Redies, who joined Science World last September, is feeling hopeful again as B.C. transitions to Step 2 of its reopening plan.

“It feels very spacious now,” she said, adding that as many as 5,000 people might have entered the science centre on a typical day prior to the COVID-19 crisis.

“So we’re definitely looking forward to a wider reopening, but our first priority of course is the safety of our visitors and our staff.”

Transitioning to Step 2 of the province’s four-step plan, unveiled late last month, was dependent on at least 65% of adults in the province getting jabbed with their first COVID-19 vaccine dose as well as a continued decline in cases and hospitalizations.

Such benchmarks were quickly achieved in the three weeks since provincial officials outlined the reopening plans. The next phase of the plan was give the green light on Tuesday — the earliest date possible under its guidelines.

Within Step 2, restaurants are able to extend liquor service to midnight from the present 10 p.m. cut-off time, cinemas and banquet halls can reopen at limited capacity of 50 people and intra-provincial tourism will be permitted.

Meanwhile, provincial officials will be engaging in a consultation process to prepare for larger indoor and outdoor gatherings with safety protocols. 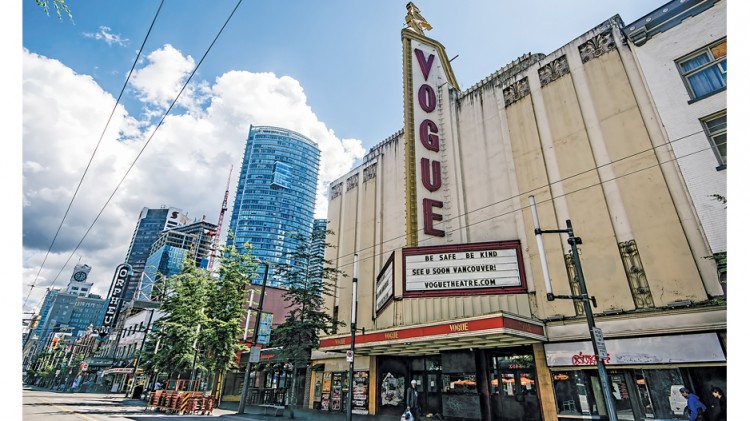 While Redies anticipates Science World increasing visitor capacity during Step 2, she said her team is still grappling with whether to resume events and receptions that frequently drew additional guests inside.

“Our preference is to be on the cautious side,” she said.

Sunil Khanna, co-owner of the Fraserview Banquet Hall in south Vancouver, said his team has been at work scrubbing every dish, washing tablecloths, replacing spices and pressure-washing much of the property in anticipation of being able to hold indoor events for up to 50 people.

“The hall was really hurt over that year and a half,” he said, adding it can host as many as 1,000 people. “With 50 people you kind of break even, don’t really make money on it, but at least you get the hall going and slowly, slowly, I think they’ll [the province] increase the numbers in July, August and September. It just depends on how things go.”

Khanna said employees are eager to return, albeit only for small weddings, luncheons and receptions.

But he added that summer 2022 is expected to be extremely busy at Fraserview Banquet Hall, owing to all the customers who postponed large events over the past year.

Jeff Guignard, executive director of the Alliance of Beverage Licensees BC (ABLE BC), told BIV last month the extension of liquor-serving hours beyond 10 p.m. is significant for the industry because, depending on the establishment, 30% to 60% of liquor sales come after that hour.

“Little things like that can be a massive difference for industry,” Guignard said, adding that nightclubs likely wouldn’t be doing much business anyway if alcohol sales ceased at 10 p.m.

The reopening of nightclubs is not on the table until at least July 1 with the potential arrival of Step 3.

In the meantime, Step 2 may not usher in a dramatically different landscape for some of Vancouver’s most notable indoor attractions.

The Vancouver Aquarium ceased its public programming temporarily last September due to its inability to draw revenue from visitors during the pandemic.

Then in April it announced it was transferring ownership from Ocean Wise Conservation Association to Herschend Enterprises.

Programming has not resumed since then, and Clint Wright, the aquarium’s executive director, said in a statement that his team is “reviewing our operational plans and [looks] forward to welcoming everyone back soon.”

The Museum of Anthropology at the University of British Columbia remains open with safety measures in place, but rentals of the museum’s Great Hall and the surrounding grounds remain suspended this year and next as seismic upgrades are underway.

The Vancouver Art Gallery did not respond to inquiries from BIV regarding how Step 2 might affect its reopening plans.

The Museum of Vancouver (MOV), meanwhile, will be transitioning to the new normal.

“With the loosening of restrictions, our summer wedding booking clients are now able to move forward with greater certainty and have been putting together more extensive plans,” Greg Fruno, the museum’s director of operations and visitor experience, said in an email. “This includes larger numbers of guests for indoor bookings as well as expanded plans for outdoor events including catering and higher guest counts.

“As we move through June and July, we hope to see some sector-specific guidance on further loosening of operating restrictions. Over summer months, we’re planning for the return of in-person group activities, as well as guided tours and public programs offered onsite at MOV.”

Redies, meanwhile, is hoping for additional support from the province as Science World deals with a $2 million loss resulting from the pandemic.

Victoria is offering up to $1 million to “anchor attractions” across the province as part of a $50 million grant program at the same time Science World is embarking on a new fundraising campaign this month.

“We believe that it could be really important for the government to have a plan to help the attractions get back on their feet, because we know gate-attendance tourism is not going to come back all at once,” Redies said. “It’s going to take some time.”