Earlier this month, Amazon Canada announced plans to create 15,000 new jobs across the country. About 2,000 of them are expected to be in B.C. at five new fulfilment centres and delivery stations.

But the announcement came at a time when B.C. is facing an acute labour shortage in many sectors, one that is not likely to ease this winter, which may explain why Amazon (Nasdaq:AMZN) is boosting its starting wages and offering signing bonuses. Inflation, an affordable housing shortage and a bidding war for workers will likely force employers to raise wages.

“We’ve got Disney [NYSE:DIS] moving here, we’ve got Microsoft [Nasdaq:MSFT] expanding. Obviously it’s great to have those anchors, but … when they show up, they drive the wages up.”

“Flipping a burger, washing a dish, serving a table, bartenders – they’re all worth their weight in gold,” Ballingall said. “They all know that. It’s no longer working for minimum wage and tips. It’s above minimum wage and is there a guaranteed tip pool?”

Workers in Amazon’s Pitt Meadows warehouse last week were being offered $1,000 signing bonuses and hourly wages starting at $18.90 to $19.90.

Janice Cassidy, COO for Angus One Staffing, works with companies that provide delivery services for companies like Amazon.

Finding drivers is a serious challenge, she said, and one of the problems appears to be that people who are eligible for the federal Canada Recovery Benefit (CRB) may be no better off financially at a minimum wage job than on CRB. 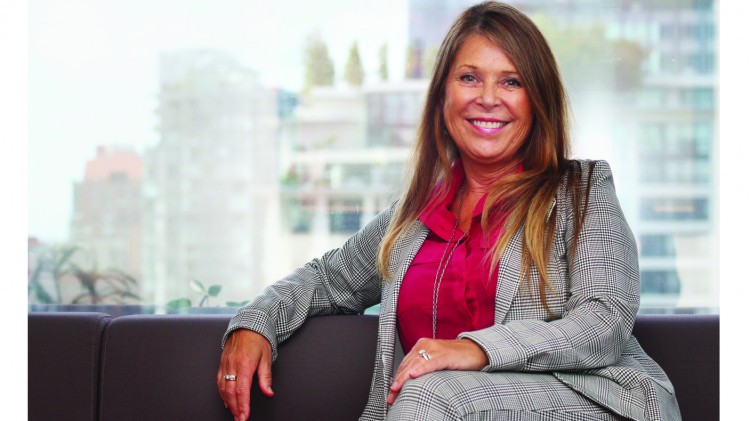 “It has been nuts,” she said. “I’ve been asked to provide 160 drivers for some of the subtrades that are servicing Amazon, and nobody wants to do it anymore. A lot of the people that normally would be working in the restaurants aren’t working because they’re making more money not doing anything.”

If CRB is deterring people from working, some relief may be in sight, as it expires on October 23.

“The subsidies, I think, have been a factor for sure,” said Bridgitte Anderson, CEO of the Greater Vancouver Board of Trade. “These subsidies are scheduled to end in October, but as we know, there have been extensions of these subsidies throughout the pandemic.”

Kahlon warns that the ending of federal unemployment benefits may not have as big an impact on the labour pool as some might hope.

“Given the signal that’s seen from other jurisdictions that had similar types of programs, the uptick in people coming back to the workforce won’t necessarily be what people are expecting,” he said.

While the shortages faced by sectors like hospitality may eventually be addressed as travel restrictions ease and Ottawa begins whittling away at a backlog of temporary foreign worker visa applications, there are other sectors that face longer-term demographic challenges, largely related to a retiring baby boomer generation.

A shortage of nurses and other health-care professionals is one of the more worrisome trends. Because it takes four years to become a registered nurse, filling positions of nurses who are either retiring or burning out can’t be addressed overnight.

“The BC Nurses’ Union has been sounding the alarm about British Columbia’s dire nurse shortage for many years, long before the COVID-19 pandemic,” the union said in a statement. “However, after over 18 months of enduring the incredible physical and mental toll of working through this particular public health emergency, we know many of B.C.’s nurses are exhausted and find themselves at their breaking point.”

While the worker shortage is currently most acutely felt in the hospitality sector, other sectors, like high tech, construction and retail are also facing hiring and retention challenges. A recovering economy has underscored how reliant the Canadian economy is on immigration and temporary foreign workers. Canada’s fertility rate is not keeping pace with Canada’s retiring baby boomer generation.

“As our population ages and baby boomers retire, growth in Canada’s labour force is forecast to fall to near zero,” the Business Development Bank of Canada (BDC) said in a 2018 report. “We do not expect labour shortages to get better for at least a decade.”

B.C.’s employment numbers are now above what they were before the pandemic, Kahlon said. But the pandemic put a serious curb on immigration and temporary foreign workers.

“We need to start getting those immigration numbers up,” Kahlon said.

Ballingall works with recruiters who act as intermediaries to bring temporary foreign workers into Canada. He said they are dealing with a chronic backlog of visa applications.

Because of the backlog of immigration and temporary foreign worker visa processing caused by the pandemic, Kahlon said, Ottawa is now expecting a massive surge in 2022.

“They have given us indication that next year will be one of the biggest immigration numbers committed since 1942,” Kahlon said. “And if they’re serious, they are going to have to work closely with the provinces to ensure that that’s a success.”

One of the problems with immigration as a source of labour, however, is that professional credentials earned in other countries are often not recognized in Canada.

“It’s a major challenge that we need to address,” Kahlon said. “I have family members who drive truck and drive taxi who were lawyers or doctors or nurses in their home country, and they can’t practise [in Canada].”

In the longer term, it is hoped that the $10-per-day daycare the federal Liberals promised will eventually free up more women to re-enter the job market. The province has also been investing in training and reskilling. It recently announced $85 million for new micro-credential programs that allow workers to quickly upgrade their skills, for everything from forklift operating to basic computer skills.

Last week, it also announced a $29 million initiative to create spaces for under-represented groups in the high-tech sector. That program will provide employers with up to $10,000 per employee in the tech sector, which will cover the first four months of salary for up to 3,000 positions.