How Beijing is stacking up as tech testing ground for B.C. startup MXZN

By Tyler Orton | March 11, 2022, 10:22am
Victoria-based MXZN Technlogy deployed its broadcast interview devices in Beijing for the 2022 Olympic and Paralympic Winter Games | Submitted

When Keith Wells hit Tokyo last year for the Summer Olympics and Paralympics, the bustling izakaya bars and neon-light-drenched streets had given way to curfews and monitored strolls for the few foreign visitors able to enter Japan for the Games.

Flash forward to the Winter Games in Beijing and that stuffy atmosphere still persists, according to the B.C. sportscaster-turned-tech CEO who arrived earlier this week to oversee the use of MXZN Technology Inc.’s broadcasting devices during the Paralympics.

“It is still a bit like a prison sentence because you're locked in and you can't go out and interact with all the public,” Victoria-based Wells told BIV while standing at the finish line of Yanqing National Alpine Skiing Centre north of Beijing.

After workdays spent monitoring his company’s broadcast interview kiosks, which are being tapped by the CBC to help engage with athletes remotely amid Beijing’s tight COVID-19 protocols, Wells retires to his hotel room where he’s stuck until the next work day.

“The idea of having any interaction would be terrific, but we have zero actual interaction with the public,” he said just hours after B.C. announced it was lifting its own mask mandates in public indoor spaces beginning Friday.

Despite the less-than-lively party spirit typically associated with the Olympics, Wells said deploying the startup’s devices at Tokyo’s and Beijing’s respective Games have been invaluable.

“Now we can get a little more serious, real-world feedback,” he told BIV at the same moment he watched West Vancouver's Mollie Jepsen secure silver in the women’s standing giant slalom Friday.

The broadcast interview kiosks allow athletes to offer their thoughts in front of shoulder-width stations that can be adjusted to stand slightly taller than the average person. 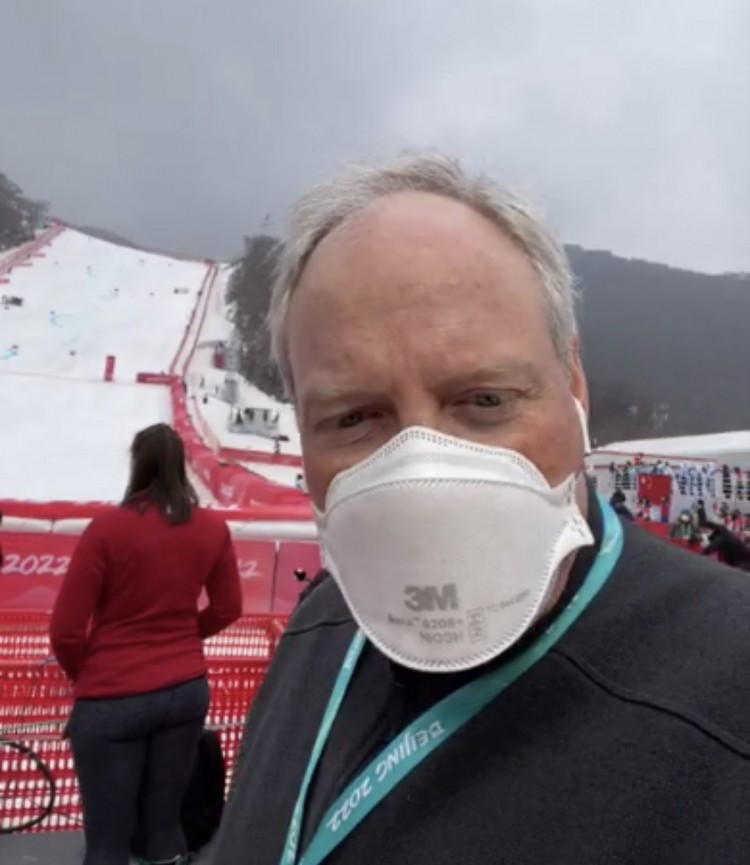 
Professional lighting, 4K cameras, a 5G-capable iPad and a mic pointed directly at interviewees are meant to create a mini-studio within the confines of venues. Among the target markets are countries that can’t afford to send broadcast teams to big international events such as the Games.

Six devices are spread out between Beijing and the mountain venues serving as home base to alpine and other events. This allows for athletes to conduct interviews even if a Canadian journalist is not available to meet them amid restrictions imposed by the Chinese government to avoid the spread of COVID-19.

Next up, MXZN will be deploying its devices for the CBC at libraries in Ontario to pick the brains of regular Canadians.

“This will be a good thing to jump into another vertical here [sports] into the news side of things,” said Wells, who also founded STN Video Inc., best known as a video distribution platform for sports highlights showcased within online stories for publications such as the Los Angeles Times and the Chicago Tribune.

“[Paralympics have been] good for business but a very odd kind of experience and hopefully in ’24, the next one that comes up, things will be more like normal.”