By Glen Korstrom | April 27, 2022, 8:08am
Edelman Vancouver general manager Rhea Dubois-Phillips: trust in company leadership is important not only in attracting customers, but also recruiting and retaining employees | Rob Kruyt

CEOs face a serious trust deficit with the public.

During the pandemic, there were plenty of examples of CEOs being forced to resign following allegations of inappropriate relationships, corruption, fraud or wastefully spending public money.

Indeed, CEOs are trusted less by the public than are scientists, national health authorities and journalists, according to Edelman’s 2022 Canadian Edelman Trust Barometer.

Its November survey of 1,150 Canadians found only 36 per cent trusted CEOs. That was down three percentage points from Edelman’s 2021 report. It was also the lowest percentage for all job categories and was far below the 75 per cent trust level shown for scientists.

Being trusted as a CEO is important because that faith helps build a connection with customers. It also helps attract and retain employees, explained Edelman’s Vancouver general manager, Rhea Dubois-Phillips.

Survey respondents had more trust in their own CEO (58 per cent). Dubois-Phillips told BIV that this was likely because familiarity breeds trust, in that being close to the CEO enables access to ensure accountability.

When CEOs speak out about climate change, reconciliation or other broad societal issues unrelated to a company’s products, it can build respect and trust, she said.

Trust gradually builds over time and can be lost in an instant if bad behaviour or a cover-up becomes known.

Former Great Canadian Gaming CEO Rod Baker stepped down soon after Yukon officials charged him for breaking the territory’s laws by jumping the queue to get an early COVID-19 vaccine dose.

Then there was the case of Unifor president Jerry Dias’ sudden early retirement in March, after the union alleged that he accepted $50,000 from a COVID-19 rapid test kit supplier.

“This is as long as CEOs show people that they are very competent, and lead the way with empathy, and show the path forward. It’s a time when the spotlight is on them so their actions are seen.”

CEO actions can be so egregious that the person is forced to leave the job but that is not always the case.

“Say you are sorry, what you are going to do to prevent it happening in the future, and then implement that plan,” said Laura Ballance Media Group owner Laura Ballance, who provides crisis communications expertise and other public relations services.

“When a company admits fault and shows the path forward, I think people are willing to accept that.” 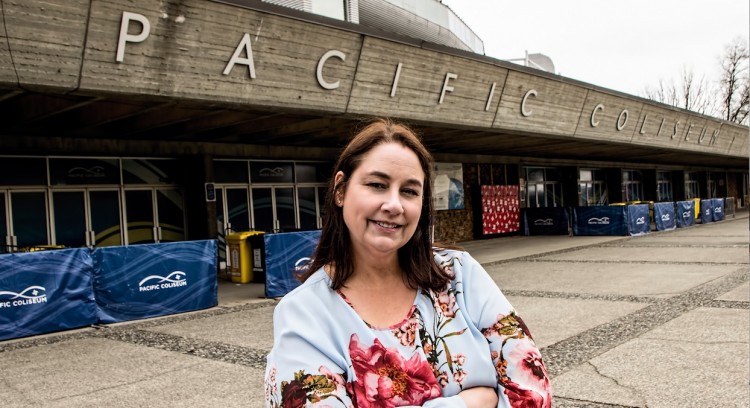 Ballance said she has seen situations where lawyers advise CEOs not to give interviews or say much about unproven allegations that are before the courts.

This can be a challenge because being careful to avoid being in contempt of court could make a CEO look tight-lipped and perhaps less trustworthy than if the CEO were vocally declaring his or her innocence.

Whenever possible, Ballance said, it is important to be quick to respond to critics and clear in the message.

“Decisiveness wins the day,” she said.

In late 2020, the Vancouver Canucks issued public statements saying that the organization encouraged everyone to wear face masks and to follow provincial health orders.

The team’s anthem singer, Mark Donnelly, then sang the Canadian anthem at an anti-mask demonstration.

Ballance cautioned CEOs and company owners to talk with others about swift reactions to events, so that they are not seen as “knee-jerk.” But she added that decisiveness instils confidence.

When one of the anti-COVID-19-restriction trucker convoys was headed to downtown Vancouver, one of the vehicles was a van wrapped with Orca Realty branding.

“Orca Realty DID NOT participate in this convoy protest today. Orca Realty would NEVER be part of this EVER,” the message read.

The Monday after the weekend event, Welsh announced that he had put a property manager on indefinite leave.

That kind of decisiveness contrasts with the widely panned indecisiveness displayed at the 2022 Academy Awards, after actor Will Smith infamously slapped presenter Chris Rock onstage.

The Academy of Motion Picture Arts and Sciences allowed Smith to remain at the ceremony and later collect an Oscar for best actor. The academy then took 12 days before announcing that Smith would be banned from attending Oscar nights for 10 years.

“The academy missed a massive opportunity to signal its core values and what it would stand for,” Ballance said.

“They could have drawn a new line in the sand for acceptable behaviour, and instead they kind of flailed with it.”

She said a final lesson for CEOs is to plan for the worst and hope for the best.

“I write many communication strategies that I put on a shelf and hope never to use,” said Ballance. “I guess nobody [at the academy] had ever gone through the scenario – what are we going to do if a major star does something unbelievable?” •