By Elana Shepert, Vancouver Is Awesome | October 5, 2022, 8:24am
False Creek and Science World, in Vancouver, B.C. | Photo via dan_prat/E+/Getty Images

Metro Vancouverites hoping to see a reprieve from soaring rental costs won't have much luck this October.

With this in mind, rental prices across the region haven't increased a great deal this month over last. In fact, an unfurnished one-bedroom apartment costs an average of only $9 more this October, at $2,256, according to Liv.rent's latest rent report. Previously, prices rose $71 in September and $147 in August.

Metro Vancouver renters are now spending over half (51.37 per cent) of their monthly income on rent, which the rental company notes is "considerably above the recommended 30 [per cent] income-to-rent ratio."

Now that students have settled in their new rentals and the "hyper-competitive summer months now drawing to a close," prices should stay steady or start to decline through the remainder of 2022, according to Liv.rent. 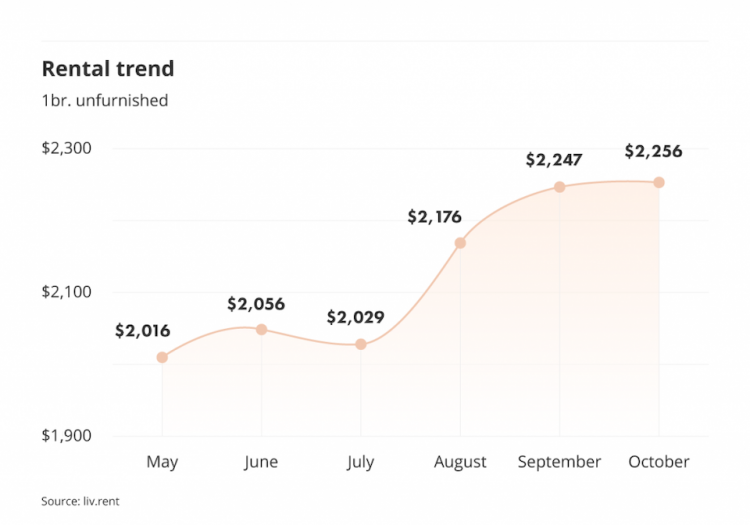 West Vancouver continues to see the most expensive prices in the Metro Vancouver region, as well as the country. That said, the cost of an average unfurnished, one-bedroom unit dropped this month, falling from $3,312 in September to $2,828 this month.

At the other end of the spectrum, Langley has seen the cheapest rent in the region for the fourth month running for both unfurnished and furnished one-bedroom units, at $1,780 and $1,927, respectively. 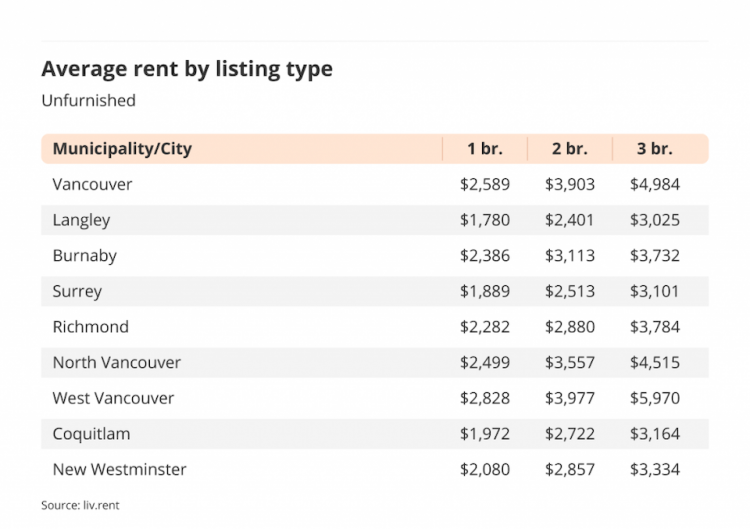 West Vancouver's furnished one-bedroom units are actually more affordable than their unfurnished ones ($2,400 versus $2,800). However, the city's two-bedroom and three-bedroom costs are staggering, at $4,058 and $6,380, respectively. 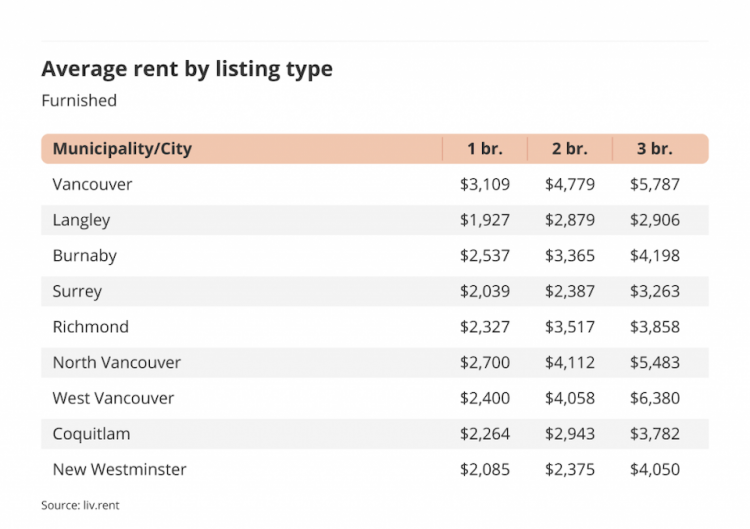 This month, there are no neighbourhoods in the city that cost under $2,000 to rent. Renfrew, which typically sees an average rental price a couple under dollars under that price point, rose to $2,147 this month. 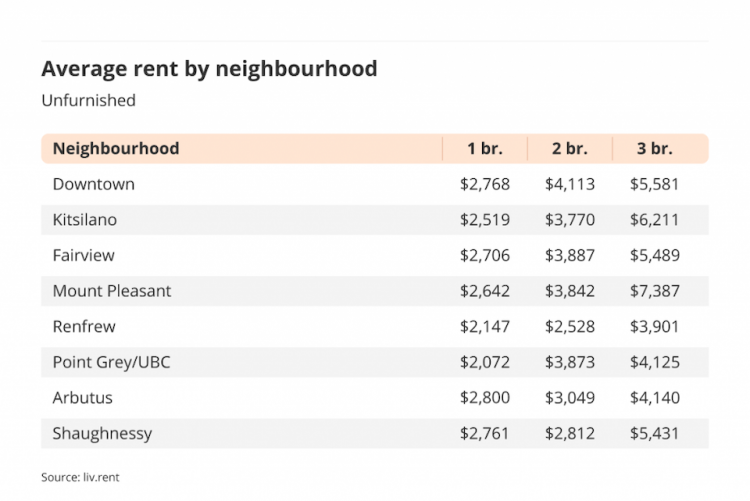 Across Canada, West Vancouver continues to see the country's highest average rental prices at $2,828 for an average one-bedroom, unfurnished unit. Vancouver follows as the second-priciest market with prices averaging $2,589. North Vancouver has remained in third place, with a monthly average rent of $2,499. Burnaby rounds out the top four priciest cities, at $2,386.