The grandmother of four, who is in her early 60s and has homes in Vancouver and Seattle, knows that she could make more money if she were doing something else.

“I could be making a million, or millions of dollars [per year] as the CEO of a big company,” she said.

She is not drawn to that hefty salary because she believes that her purpose is best realized at a fast-growing smaller company.

Changing large companies’ processes to make them more sustainable would run into resistance from shareholders and others, and likely end in failure, she explained.

“It’s small and medium-sized companies that change the supply chains that then change the big companies,” she said.

Day’s new venture is the House of LR&C – an acronym that stands for Love, Respect and Care – and it is a venture that has her teaming up with National Football League star quarterback Russell Wilson and his wife Ciara, a popular singer and model.

The 35-employee company has eight staff in Vancouver, including the heads of finance, marketing and administration. Its revenue is in the tens of millions of dollars and is growing at about 60 per cent annually, according to Day.

The concept behind House of LR&C is to make sustainable and fashionable clothing, which means:

•Using materials that are recycled and can be recycled;
•making clothing in conservative-enough styles to be fashionable for many years; and
•shifting much of the manufacturing closer to where the clothes are sold.

“Everything we do is based on sustainable fabrics and going back to fabrics first,” Day said.

Her company tries to steer clear of using nylon, for example, and uses recycled polyester instead of faux fur on some garments.

“One of the coats is made from about 150 bottles of recycled plastic,” she said.

“That’s an example of a reused and recycled material that we would use. We also use things like silk and recycled cashmere and natural fabrics like wool. It’s also important to know where wool and leather come from, as there are different certifications.”

Day did not seek out the venture. 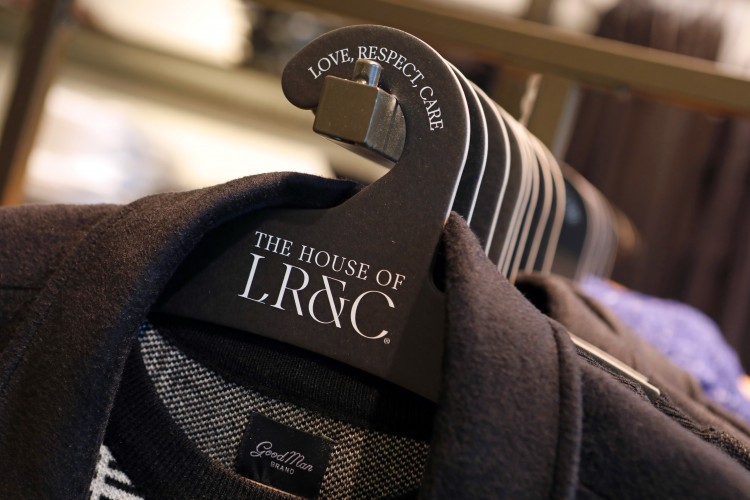 (Image: House of LR&C clothing is tends to be designed in conservative styles and made with environmentally sustainable fabrics | submitted)

When she resigned as Lululemon’s CEO in December 2013, her reasons included wanting to spend more time with her grandchildren, and, she told BIV, being “tired” of her working relationship with the company’s founder, Chip Wilson.

She describes Performance Kitchen as a “food-as-medicine” company, because its tailored meals are designed for people who have hypertension, heart disease and other health conditions.

U.S. insurance companies subsidize the cost of some Performance Kitchen meals for some patients, she said.

Russell Wilson heard about Performance Kitchen and wanted to get involved in part because his father died in 2010 due to complications from diabetes.

He reached out to Day via his agent in 2019 to suggest that he be an ambassador for the company, she said.

In addition to then playing for the Seattle Seahawks, Wilson had also founded the menswear line Good Man Brand, which he sold through Seattle-based Nordstrom Inc. (NYSE:JWN) department stores.

“It was only sold to Nordstrom, and it wasn’t much of a brand, and it didn’t have any sustainability,” Day said of the early Good Man Brand business.

“He was about to invest more money in it, and he said, ‘Off the side of your desk, please help me with this.’ I said ‘Yes,’ and the next thing I knew I was creating a whole fashion house and three brands and changing the fashion industry.”

Retail analyst and DIG360 principal David Gray said he views Day’s involvement in the company as key to its success.

“Obviously Russell Wilson and Ciara are going to attract a lot of attention, but that doesn’t necessarily mean that in the long run it’s going be a scaled business,” he said.

“Day brings a lot of ‘street cred’ to something that might otherwise be more of a passion project or a feel-good project.”

More House of LR&C expansion on the way

House of LR&C lists Russell Wilson, Ciara and Day as co-founders, although Day told BIV that Wilson and Ciara are the company’s two largest shareholders. Day is one of about 20 principal investors, she said.

Some of her work at the company was to include new brands: Ciara’s fashion brand Lita, as well as one named Human Nation.

Day has also expanded sales channels from being sold exclusively at Nordstrom to now also being sold on LR&C’s website and through resellers such as Throat Threads Apparel.

House of LR&C so far lists four U.S.-based stores on its website, and Day said at least a couple more are set to open soon.

Her strategy has been to launch pop-up locations on six-month leases, which come with the option to extend for a longer period. 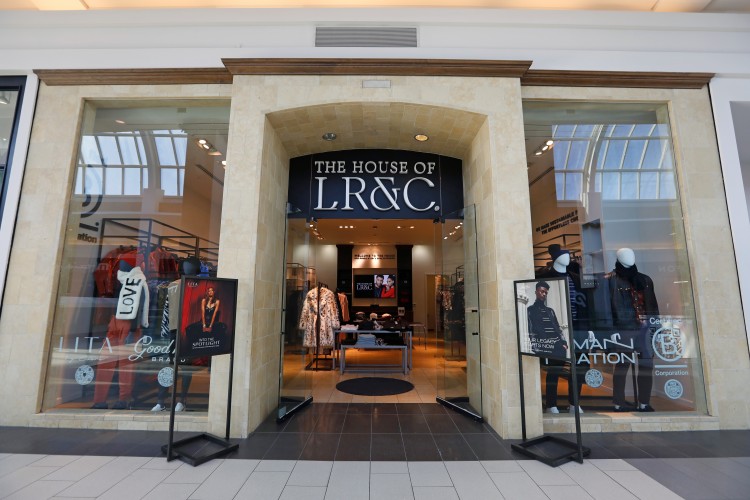 (Image: House of LR&C's physical stores have so far been on short-term leases | Submitted)

She spends little on advertising in part because she can leverage her celebrity business partners’ social media accounts. Day estimated Ciara’s social-media following across various sites is around 81 million people. Wilson, similarly, has tens of millions of followers on platforms such as Twitter, Facebook and Instagram.

Soon after Day became CEO at Lululemon, in early 2008, she stressed to BIV how vital it is for apparel companies to have a clear idea of their target customer’s demographic and to have a store rollout strategy that conforms to the brand’s image.

Lululemon’s 2008 target customer was a 32-year-old woman who was healthy and active, she said. To attract that woman, Day said at the time that she wanted to locate stores first in “hip” urban neighbourhoods.

“Each brand has to tell its own story,” she told BIV in a recent interview.

House of LR&C’s target customer is a successful woman in her 30s who has an active social life and professional career.

“We’re still dressing a broader bandwidth of women who are attracted to the brand, but it’s definitely way more fashion-forward than, certainly, Lululemon ever was.”

Day’s eye for business is honed from a long retail career that includes decades at Starbucks Corp. (Nasdaq:SBUX), which culminated in her overseeing 10 countries in the company’s Asia-Pacific region early this century.

Day was among one of his first hires at Starbucks.

“She had strength and capabilities well beyond her years," he said in 2011. "When I met her I knew she was capable for big things.”

Experience at Starbucks, and at other companies, has drilled into her how important it is to be fiscally responsible in her drive to also be environmentally sustainable.

“It has to be practical,” she said. “You can’t do good unless you’re making money.” •