More Canadians expect to work full time past age 65 than to be fully retired: study

Do you plan on retiring by age 65?

Do you plan on retiring by age 65?

More and more, Canadians are answering “no” to that question. Sun Life’s seventh annual Unretirement Index study, released February 18, found that for the first time, more respondents expect to be working at age 66 than to be in full retirement.

The survey found almost one-third of all Canadians – 32% – expect to be engaged in full-time employment after age 65. Only 27% say they expect to be fully retired by age 66.

“It is striking that in today’s economic environment, they’ve developed a view of retirement that previous generations of workers would not recognize.”

By contrast, in 2008 the study found that 51% expected to be fully retired at age 66, and only 16% thought they would still be working.

This gap actually widened further in 2009, when 55% said they’d be fully retired and 16% expected to be working full-time. Coinciding with the recession, by 2010 the gap had narrowed considerably (28% expecting to be retired versus 20% still working). And this trend continued consistently until this year.

In the most recent survey, 27% of respondents said they expected to be working part-time and 12% said they weren’t sure. One per cent said they didn’t believe they would still be alive at age 66. 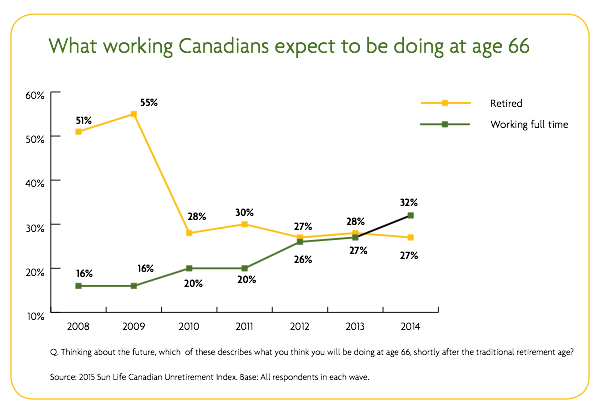 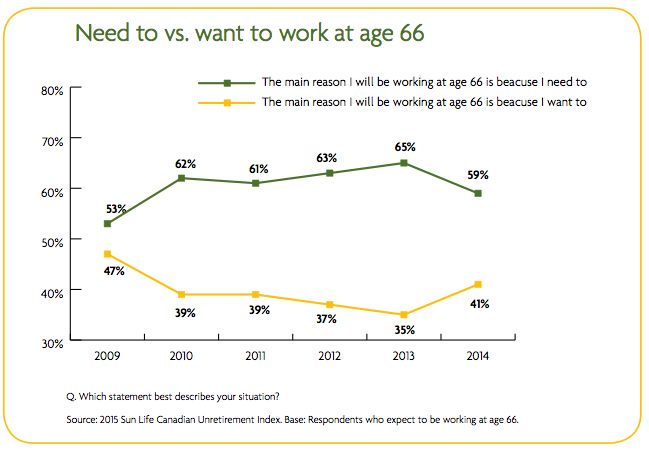 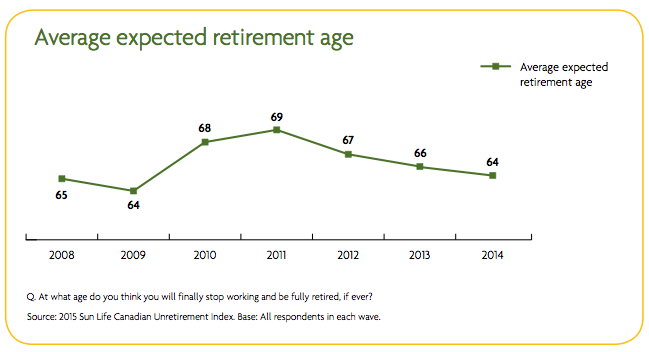 Among those who expect to work beyond age 65, 21% say they will need to do so to meet basic living expenses and 18% say they don’t believe government pensions will give them enough to live on.

This study comes on the heels of a Vancity report that found that more than three-quarters of Vancouverites under 45 may be unable to retire.