Emergency crews are working to clean up a bunker fuel oil spill in English Bay. Port Metro Vancouver says it became aware of the spill shortly after 5 pm on April 8. The Canadian Coast Guard and West Coast Marine Response Corporation are on scene as well as the City of Vancouver, Vancouver Fire Department and Transport Canada.

The City of Vancouver is warning boaters not to touch the oily water, and is asking residents to call the Coast Guard (1-800-889-8852) if they see fuel on or near a beach.

The incident follows a fire involving a toxic substance at the port on March 4. Following that fire, the City of Vancouver and other municipalities said they were not getting enough information about dangerous goods moving through the region. The City of Vancouver has also expressed concern about the possibility of a major oil spill if Kinder Morgan's proposal to twin its existing Trans Mountain pipeline goes ahead and the number of oil tankers in Burrard Inlet increases. 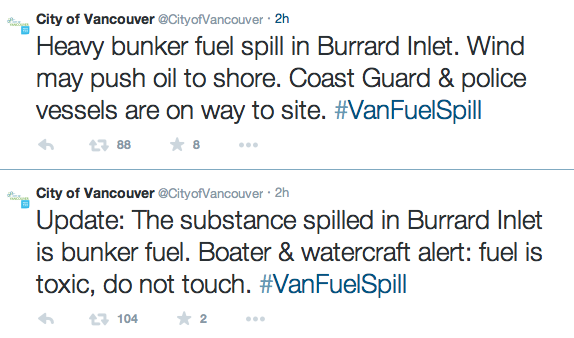 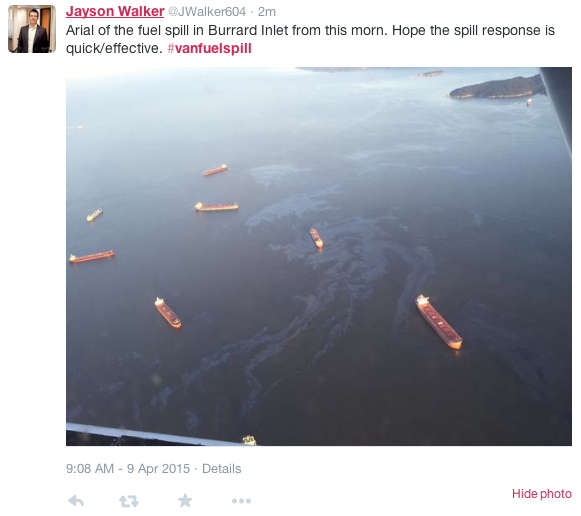 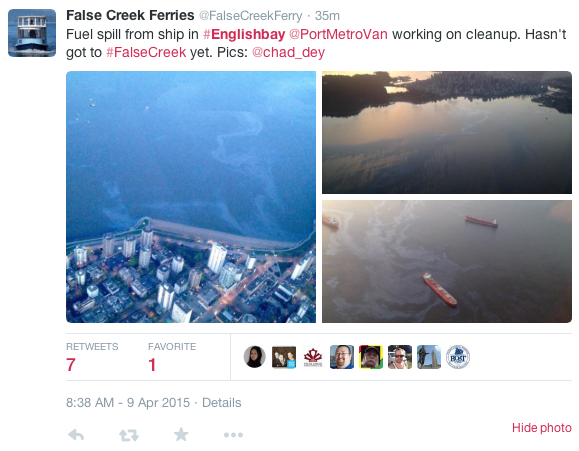 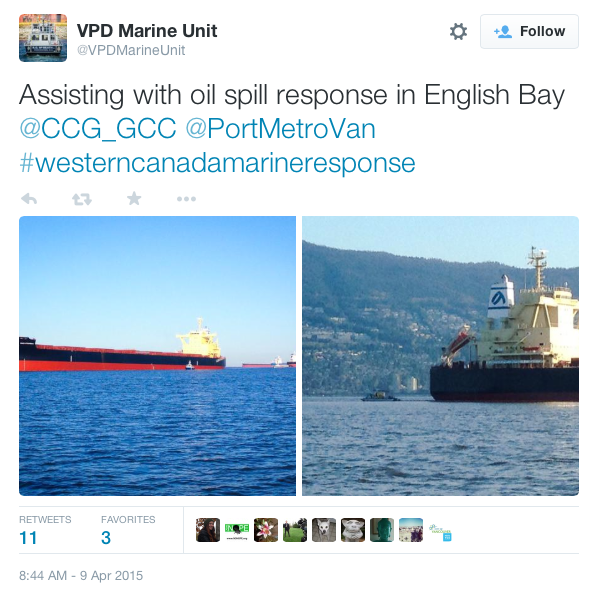