April 9, 2015, 2:05pm
Oil found on the beach at Vancouver's popular English Bay. The City of Vancouver has warned people not to touch the oil, which is toxic | Jen St. Denis

Vancouver's beaches are open and the water near the shoreline is again clear, but black, sticky oil can still be easily found on seaweed, rocks and driftwood lining English Bay, one of the city's most popular beaches. Items that have come in contact with the oil smell strongly of fuel.

Port Metro Vancouver said it became aware of the oil spill at 5 pm last night (April 8). The Coast Guard has not yet determined whether the spilled oil is bunker fuel or crude oil.

But the City of Vancouver wasn't notified until 6 am this morning, and that lag shows there are major gaps in the ability to respond to a major environmental disaster such as a large oil spill, said Spencer Chandra Herbert, NDP MLA for Vancouver-West End. 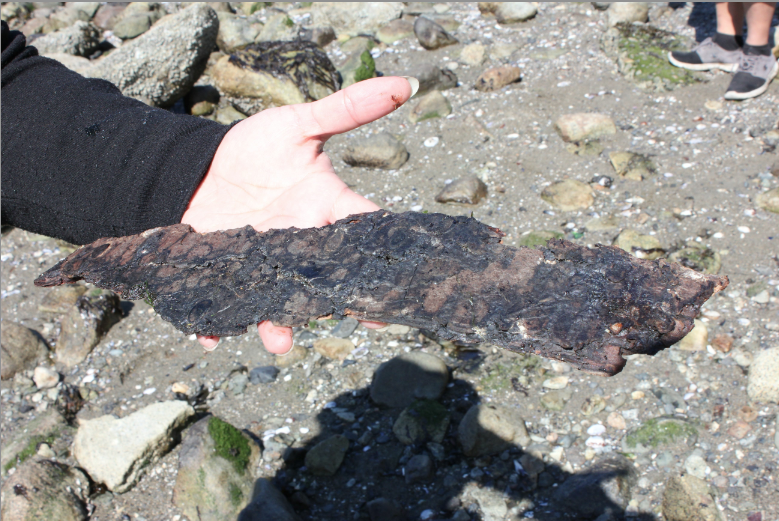 An oil stained piece of driftwood at English Bay beach. The piece of wood smelled strongly of fuel

"There’s no signs, there’s nothing," Chandra Herbert said. "I think the city would have been able to respond better if they’d been given more notice."

Chandra Herbert said he had noticed people letting their dogs and children play near the water's edge, and he had spoken to a young man who had been about to go in swimming.

The BC NDP will continue to pressure the provincial government to refuse to participate in the National Energy Board's review of Kinder Morgan's plan to twin its existing Trans Mountain pipeline, Chandra Herbert said. 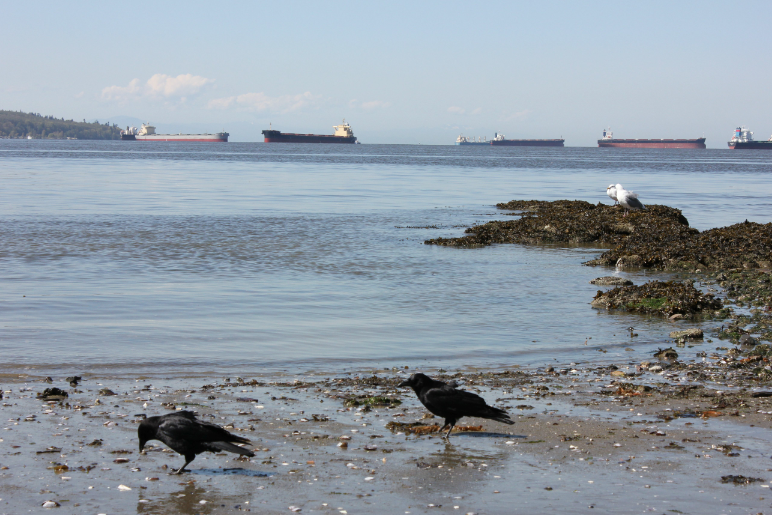 Tankers anchored at the mouth of Burrard Inlet. Overnight, bunker fuel spilled from a ship

The City of Vancouver has expressed concern about the possibility of a major oil spill if the pipeline expansion goes ahead and the number of oil tankers in Burrard Inlet increases. In a submission to Transport Canada’s Tanker Safety Expert Panel in April 2014, the city said there is no system in place for “emergency preparedness, mitigation, response or recovery” for a fire, chemical or oil spill or other emergency originating on board a ship. 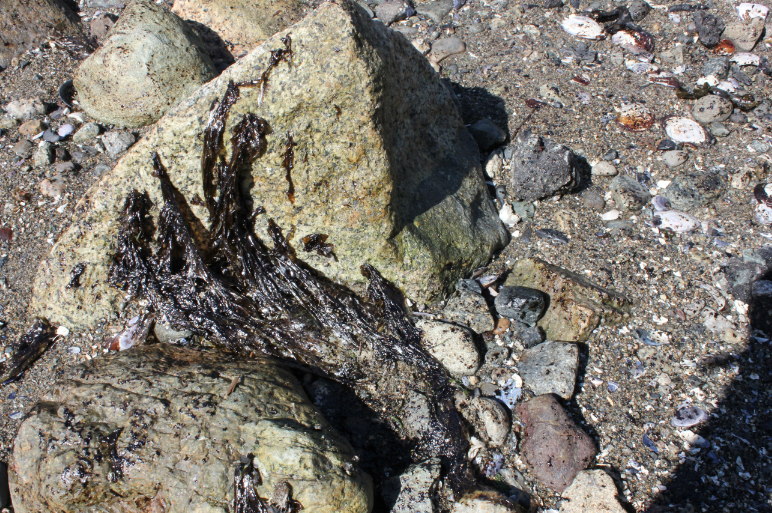 Seaweed coated with sticky, thick black oil at English Bay beach. According to the City of Vancouver, the oil is toxic and people should not touch it

The city is asking people who notice oil on beaches to notify the Coast Guard (1-800-889-8852). People who want to help clean up the spill can call the city's 311 information line.

UPDATE: An earlier version of this story said the spilled oil was bunker fuel. The Coast Guard has not yet determined whether the spilled substance is bunker fuel or crude oil.