Students at Simon Fraser University (SFU) looking to buy books for the summer semester have one more payment option available to them.

Mike Yeung, founder of the SFU Bitcoin club, said this is the first time he knows of a Canadian university partnering up with an AVM supplier to get the machines installed on campus.

The student union at the B.C. Institute of Technology (BCIT) installed a machine on its Burnaby campus a year ago. And Yeung hopes by getting the SFU administration involved officially, the AVMs will eventually spread beyond the bookstores and catch on with students still unsure about using cryptocurrency.

“A lot of them are quite curious and unfortunately, there isn’t at this time too many ways for them to get their hands on bitcoins,” he told Business in Vancouver.

“And even if they get them, they don’t know how to spend them.”

Yeung worked with SFU Ancillary Services for about a year to get AVMs from Toronto’s BitSent installed at the bookstores.

The outlets have been equipped with iPads that can accept the virtual currency and staff have been trained to help students use the AVMs.

While banks’ ATMs conjure up images of people swiping banking cards to withdraw cash, people will use the AVMs to purchase bitcoins with cash.

Before doing so, they must have a Bitcoin wallet — similar to an email address — linked to their smartphones. The AVM machine then scans a QR code on the smartphone that links to the Bitcoin wallet and allow users to buy the cryptocurrency with cash they insert in the machine. 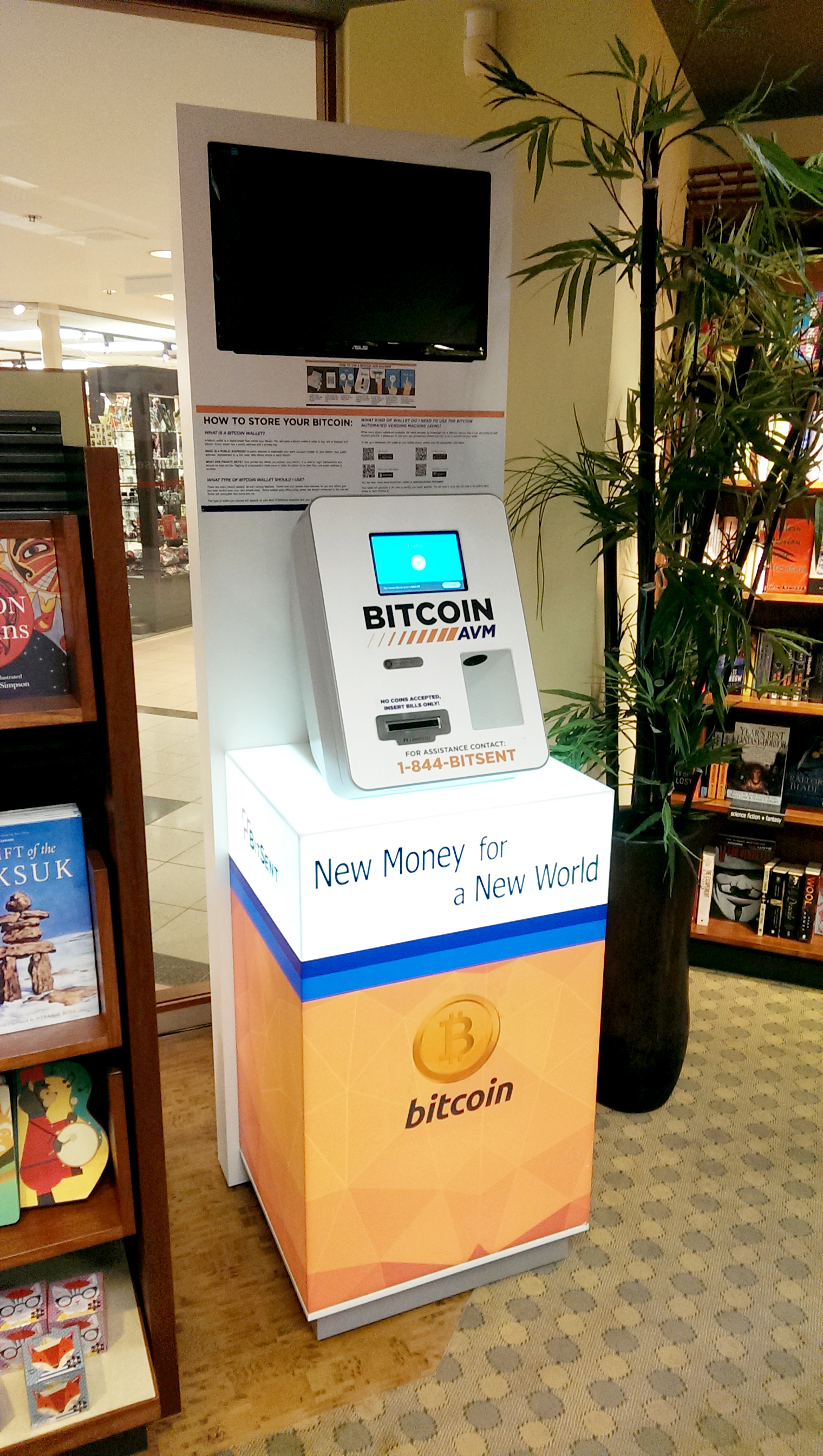 Students are then able to purchase products at the bookstore using their bitcoins, just as they would with a debit card or cash.

Banks and ATM providers typically pay retail outlets a fee to have their machine installed on a property.

Yeung said SFU and BitSent reached an agreement where students will be charged to buy bitcoins from the machine, while the school and the AVM provider split the profit.

Bitcoin’s value is derived from its limited supply, usefulness and its peer-to-peer payment system that requires no transaction fees between merchants and consumers.

This stands in contrast to debit and credit card companies that charge merchants fees when customers use those options to make payments.

“If people adopt Bitcoin, and try it out and use it more often, one of the benefits is that the retailer can opt to make a discount for people making purchases in Bitcoin,” Yeung said.

He’s still working with SFU to expand the Bitcoin ecosystem, which could include making food and coffee purchases across other campus businesses sometime in the near future.

“Once that expands a little bit, there will be opportunities, perhaps, to cut down on prices for retail purchases.”

“Our plan at this point is to expand it to other retail locations on campus, namely dining services, the restaurants, over the course of the next year,” he said.

As for the profit-splitting arrangement, McLaughlin  said the school isn’t looking to make money off students who buy bitcoins. Rather, the “minimal” commission it brings in mostly just covers the cost of the machine’s electricity bill.

“Bitcoin is really considered the cash of the Internet, so we want to give our students an opportunity to try it first-hand.”