For B.C. grape growers, it’s the summer of Noir

(Image: Hard work by field worker Maurice Lapointe is gradually replacing the use of pesticides at the Meyer Family vineyard at Okanagan Falls | Gordon Hamilton)

It's called the heartbreak grape, because it’s so difficult to make it well, but for a growing number of Okanagan winemakers, Pinot Noir is worth falling in love with.

It’s now the third most planted grape in B.C., overtaking Chardonnay for the No. 3 spot in 2014. And later this summer, at a day-long celebration of the grape in the Okanagan, 26 wineries will have a chance to convince one of the world’s most celebrated wine writers that Pinot thrives in this province.

Steven Spurrier, who organized the first competition between French and California wines back in 1976 – a tasting that forever changed the world of wine – will be attending the third annual B.C. Pinot Noir Celebration August 22 at Kaleden, where he will deliver the keynote address. London-based Spurrier said his limited tastings of B.C. Pinot show it has pure fruit and a sense of place, but he has not tasted enough to make a judgment yet. He has followed only the wines made by Pinot specialist Meyer Family Vineyards.

At Meyer Family’s Okanagan Falls vineyard, the last of the ubiquitous Merlot, still the valley’s most widely planted grape, was ripped out several years ago and replaced with Pinot. It was done at the urging of winemaker Chris Carson, who believes Pinot is the most promising red grape for the Okanagan.

Carson is one of the valley’s more celebrated winemakers, but the mud-encrusted boots you almost trip over at the winery entrance tell the true story.

He’s a farm boy – a wine grower, not a winemaker, he said. Carson prefers being out in the vineyard, tending to rows of Pinot Noir grapes, to spending time inside the winery. He learned the science behind winemaking at university in New Zealand, but he takes his inspiration from the humble grape growers of Burgundy, where he worked. There, the land, not the winemaker, is celebrated.

Carson’s passion for Pinot is the inspiration behind the B.C. Pinot Noir Celebration. Three years ago, over beer with winery owner JAK (John Arthur Kenneth) Meyer, Howling Bluff Estate Wines owner Luke Smith and Tantalus Vineyards winemaker David Paterson, he raised the idea of celebrating the varietal as a way of focusing more attention on the region’s potential for Pinot.

“I just planted the seed,” he said of his role. 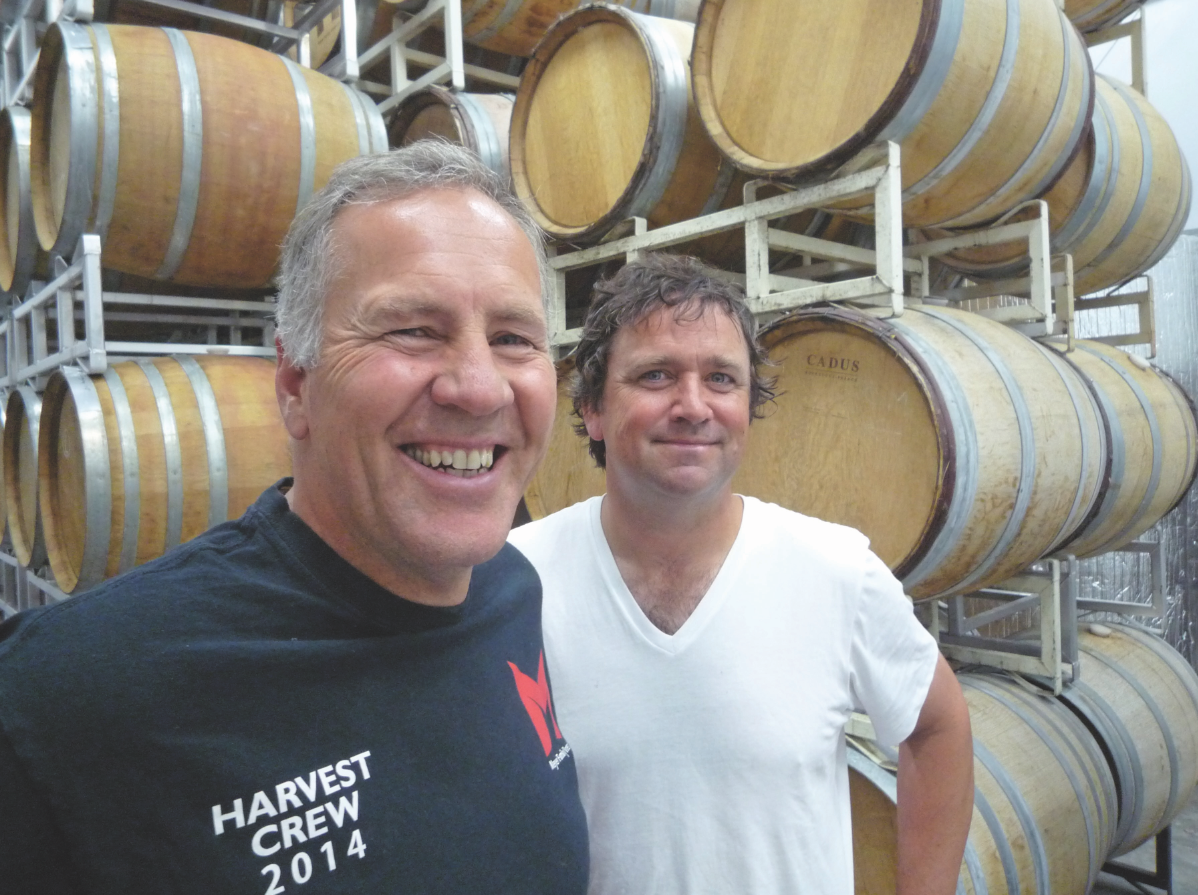 The inaugural event in 2013 attracted 12 wineries and 125 people. Since then, more wineries, convinced that Pinot Noir is the Okanagan’s signature red grape, have begun focusing on the varietal. This year, in a blind tasting of 34 submissions, the Canadian Association of Professional Sommeliers selected 26 wineries for the event. It’s being held at Kaleden’s Linden Gardens, and enough tickets are being sold to accommodate 300 people for a day that will include a blending session, seminars, dinner, dancing and tasting lots of Pinot.

The Pinot producers say they want to compare their wines rather than compete. By working together, they hope to establish this province as one of the few regions in the world that can successfully make distinctive Pinot Noir. The Okanagan is up against places like Burgundy, California, Oregon and New Zealand.

Carson said the Okanagan’s cool nights and warm, dry days make it particularly well suited for Pinot. But the thin-skinned grape needs extra care in the vineyard if it is to produce good wine.

“Hands on in the vineyard, hands off in the winery,” Carson said of the secret to coaxing distinctive flavours from Pinot.

Meyer is chairman of this year’s event. He said the Pinot wineries are fiercely competitive, but the growers know they can all benefit by co-operating in establishing Pinot as a signature Okanagan varietal.

“In the Okanagan we are still trying to figure out that signature varietal,” Meyer said. “The Pinot festival is to bring awareness not only to the varietal but that there are many Pinots in the Okanagan that are being done well.

“For us to be known as a region internationally, and to be taken more seriously, you can’t just have one guy making good Pinot. The more there are, the better it is for all of us. A rising tide floats all boats.”

He approached Spurrier about coming to B.C. The British Columbia Wine Institute is paying for Spurrier’s trip.

As for that famous 1976 Judgment of Paris tasting, a panel of French wine experts, much to their chagrin, chose California wines over the best wines of France. It was a blind tasting, and it proved that North American wines are as good as any in the world. Even Spurrier was shocked. The Okanagan is the latest wine region to benefit from the interest and investment in New World wines generated by the 1976 tasting.

For more information on the Pinot celebration, visit www.bcPinotnoir.ca. •

The third annual B.C. Pinot Noir Celebration will showcase delicate wines before a well-heeled audience of oenophiles, but the nuanced aromas and flavour that they will be sipping begin with itinerant farm workers like Maurice Lapointe.

“You need to guide the plants,” Lapointe said while tucking individual shoots from each vine into the supporting trellis wires at Meyer Family Vineyards. He runs his hand up and down the trunk of each vine, gently clearing it of any shoots sprouting there. The clean stem means more nutrients for the juice, he said.

The 6.5-hectare vineyard has 25,000 vines, planted almost exclusively to Pinot Noir and Chardonnay. Each one gets personal attention from Lapointe and fellow worker Risa Mulligan.

Their work begins in winter, when the vines are pruned back to only two branches, and it continues as the season warms.

“Each month, the steps are different,” Lapointe said.