Chinese-made modular units half the price of conventional concrete construction

An Alberta developer with his own Chinese factory claims he can build a 48-unit luxury condominium in Vancouver in six weeks at half the price of conventional concrete construction.

Dunn, speaking from the Global Petroleum Show in Calgary, said the target market for his first foray into Western Canada is northern resource towns where temporary worker housing is needed. As Dunn noted, not all high-paid resource workers want to live in a trailer, which is often the only option in work camps.

The two-bedroom Stack Modular apartments will rent for $3,500 per month in Fox Creek, a petroleum and forestry community of 2,000, 259 kilometres north of Edmonton.

“We can offer luxury urban-style living in even the most remote areas,” said David Weiss, project director for New York City-based Primco Holdings LLC, which has partnered with Stack Modular. “That’s what every small community is looking for, whether it’s an LNG [liquefied natural gas] project in British Columbia or a mining town in northern Ontario.”

Weiss said he has been in talks with a Vancouver developer, who he would not identify, in delivering a similar project into the city’s white-hot condominium market.

According to Weiss, if the site’s foundation and servicing were in place, Stack Modular could complete a four-storey, 48-unit luxury-level condominium project in six to eight weeks for $165 per square foot, including all the furniture.

This compares with up to $320 per square foot to build a luxury concrete condo building in Vancouver, sans furniture, according to Altus Group’s 2015 Construction Cost Guide.

It takes an average of 15 months to build a conventional wood-frame, four-storey condominium building in Vancouver, according to Howard Steiss, a partner in Burnaby’s Texor Homes.

Steiss estimated such a structure would cost about $185 per square foot in hard construction costs.

Alberta-born Dunn, who has been living in China for many years, said “it would be criminal” to not deliver the Stack Modular units fully furnished because of the much lower prices in China for couches, granite countertops and other finishing. 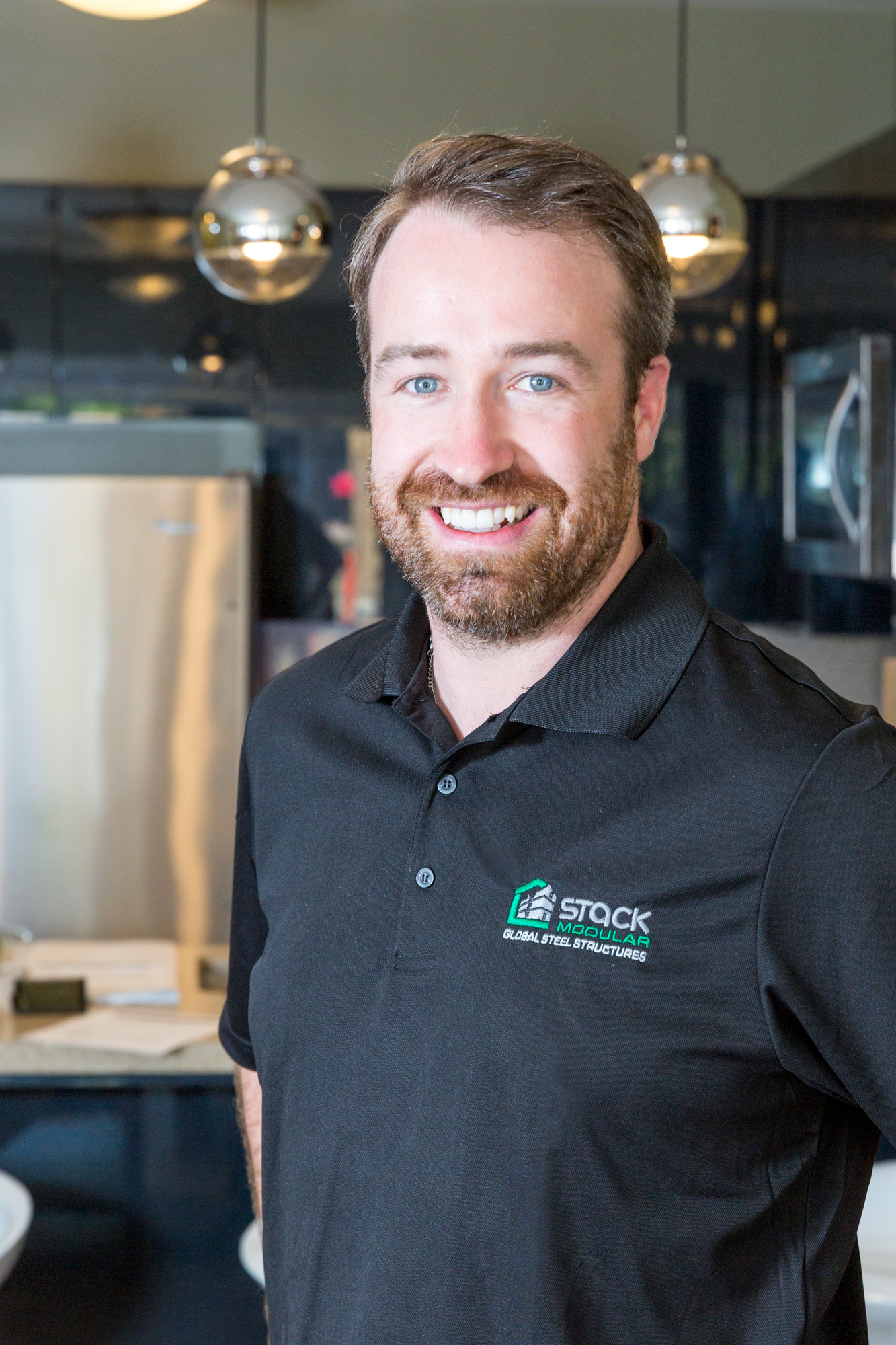 Stack Modular’s factory is near Shanghai, and Dunn said it can custom finish a modular condo unit to any level of sophistication. The savings, he said, come from low-cost labour, compared with Canada, and bulk buying. Dunn said the fast-built Stack Modular units would be shipped in containers direct to Vancouver ports and “stitched together” on site. He projects such units could become popular for Vancouver rental investors who prefer turnkey, fully furnished condo apartments.

There doesn’t seem to be much fear of the low-labour modulars in Vancouver’s construction industry, where employment was down 4.2% last month compared with May 2014.

“I would have to see it to believe it."