The 61-year-old wood-frame apartment building on West 11th Avenue in Vancouver doesn’t look like much. No balconies outside, no elevator, no granite countertops or stainless steel inside.

It has only 10 rental units. But when the building sold this spring, each of the old suites was worth $360,000, or more than $335 for each creaky square foot.

Like many aging Vancouver apartment buildings, it had doubled in value in the past 10 years and represents the most seductive real estate investment in Canada.

Sales of rental apartment buildings in Metro Vancouver are forecast to top $1 billion this year for the first time, and the price per door appears irrelevant.

Across Metro Vancouver, the average rental building sells at $231,000 per suite, by far the highest in Canada, according to a Colliers International survey.

Describing the market as “explosive,” Vancouver realtor Mark Goodman, a multi-family specialist with HQ Commercial, notes that of three apartment buildings he recently sold, two were bought with unconditional offers and for more than the asking price.

“It is all about search for yield,” said Don Campbell, founding partner and senior analyst with the Real Estate Investment Network. “The price is not all that important.”

According to Campbell, the typical capitalization rate on a Vancouver rental property is often tiny: in the 3.2% range. But investors can secure government-insured mortgages for around 1.8%, which is lower than the annual rental increase allowed under B.C. residential tenancy rules.

“The money is free,” Campbell said. 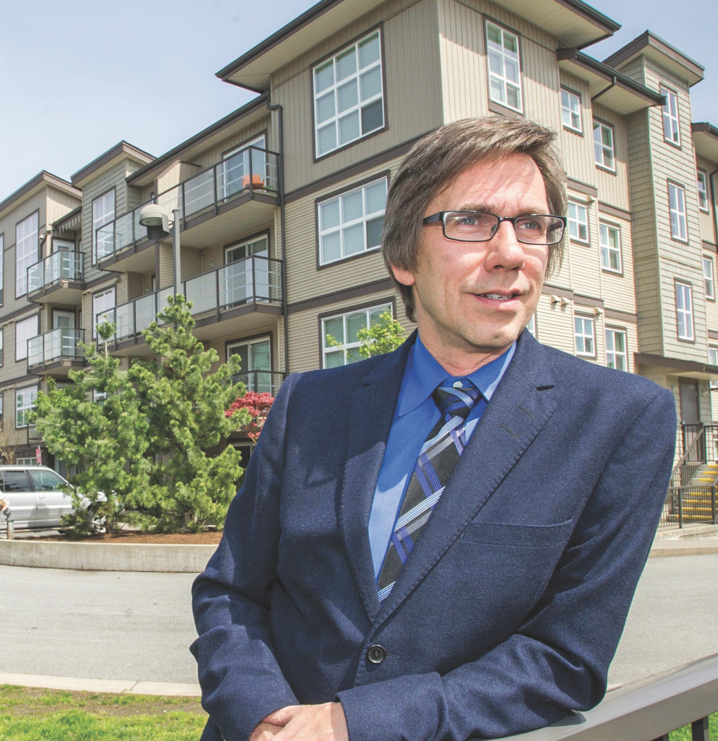 As well, with Vancouver’s 1.4% rental vacancy rate – among the lowest in North America – landlords are virtually guaranteed full occupancy.

According to Goodman, some landlords are jacking up rates 20% between vacancies, which is allowed under B.C.’s Residential Tenancy Act.

Smaller investors may be attracted by the opportunity of securing their own home in a rental building while banking income – all with the potential of windfall appreciation.

A Colliers International study of the trending Fairview neighbourhood in Vancouver shows that typical old apartment buildings have been gaining between 14% and 22% in value annually for the past decade.

Similar trends are seen in other popular city neighbourhoods, particularly near SkyTrain nodes where higher-density development is encouraged.

Campbell’s advice for smaller investor landlords is to look now at lower-cost suburban and Fraser Valley markets with transit access, such as New Westminster, Coquitlam and Surrey.

“Owners who previously would never consider selling are now being swayed by mind-blowing dollar amounts,” he said. •