105th annual fair opens August 22, on the 51st anniversary of the Beatles playing at Empire Stadium

By Glen Korstrom | August 20, 2015, 8:50pm
The album that John Lennon signed for his assasin hours before he was shot in 1980 is on display at this year's PNE | submitted

The Pacific National Exhibition (PNE) is banking on a priceless collection of Beatles memorabilia – most of it never before shown to the public – to boost what has been sagging attendance for its annual summer fair.

“The collection is probably worth about $100 million but it’s hard to put a price on it,” PNE spokeswoman Laura Ballance told Business in Vancouver.

“Jim Pattison bought John Lennon’s Rolls Royce in the 1980s for $2.5 million and that’s in our display of more than 200 items – many of them never seen before on display. Who knows what that car would sell for at auction today.”

The 105th annual Fair at the PNE opens August 22, which will be the 51st anniversary of the Beatles’ 1964 concert at Empire Stadium on the PNE grounds.

Five avid collectors of Beatles memorabilia recently came together and decided to pool their collections to start showing them in museums. The PNE was in discussions with that quintet’s exhibit company and it was agreed that the Fair at the PNE could be the first place where the items would be shown, Ballance said.

The items, which are part of an exhibit named the Magical Mystery Tour, a Beatles Memorabilia Exhibition, will then head on a five-year museum tour.

One of the never-before-exhibited items is a letter signed by John Lennon, George Harrison and Ringo Starr and sent to Paul McCartney’s lawyer, Lee Eastman, indicating that Eastman was no longer a lawyer for the Beatles and that he would now solely represent Paul McCartney. 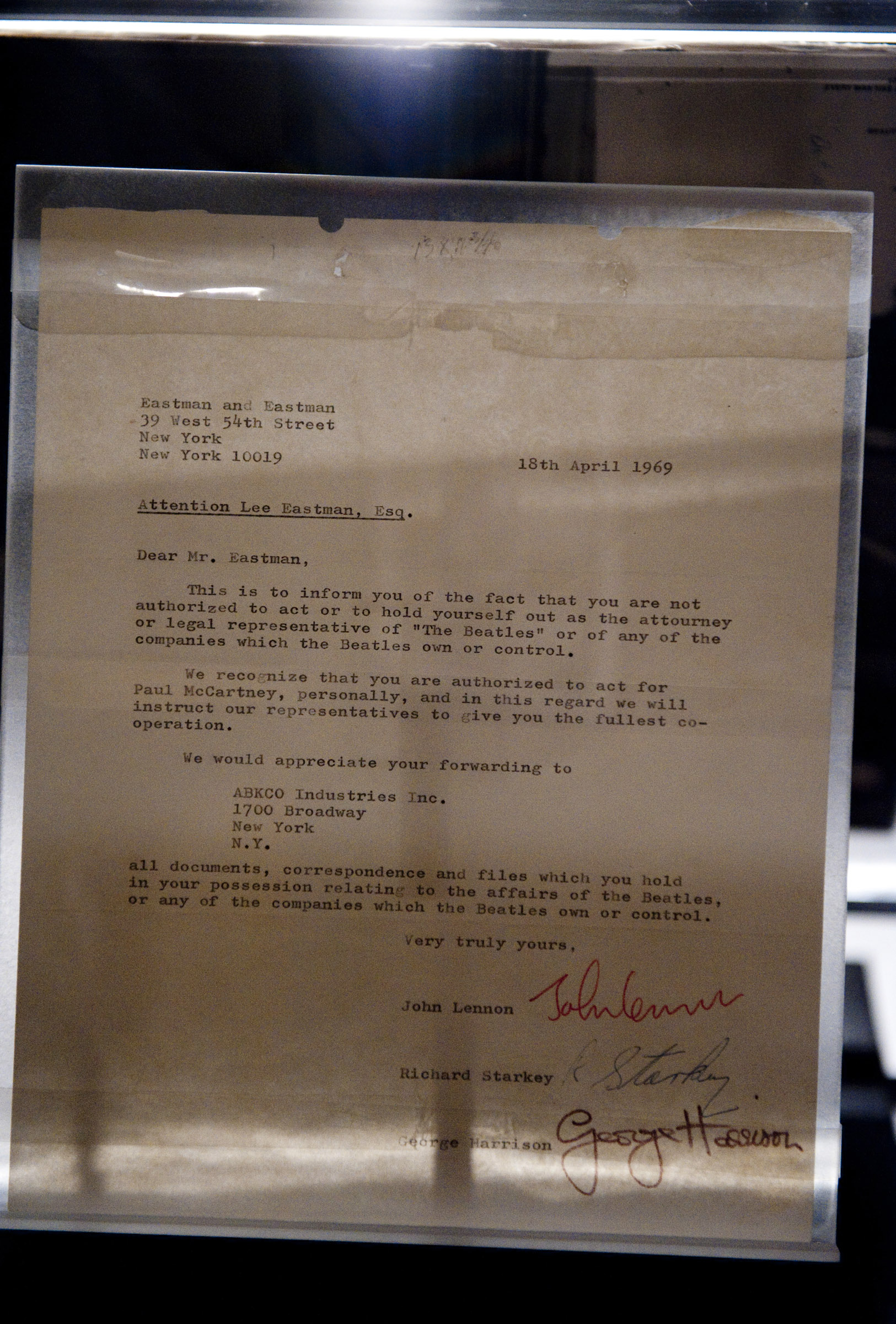 Ballance calls that April 18, 1969, document the “dissolution letter,” which essentially signalled the end of the group.

Another item in the exhibition that has never before been on public display is the copy of Lennon’s 1980 album Double Fantasy that his assassin, Mark David Chapman, had Lennon sign hours before Chapman shot Lennon.

Not only does the album contain Lennon’s signature but it also has a police file number scrawled across the photograph of Lennon kissing wife Yoko Ono. 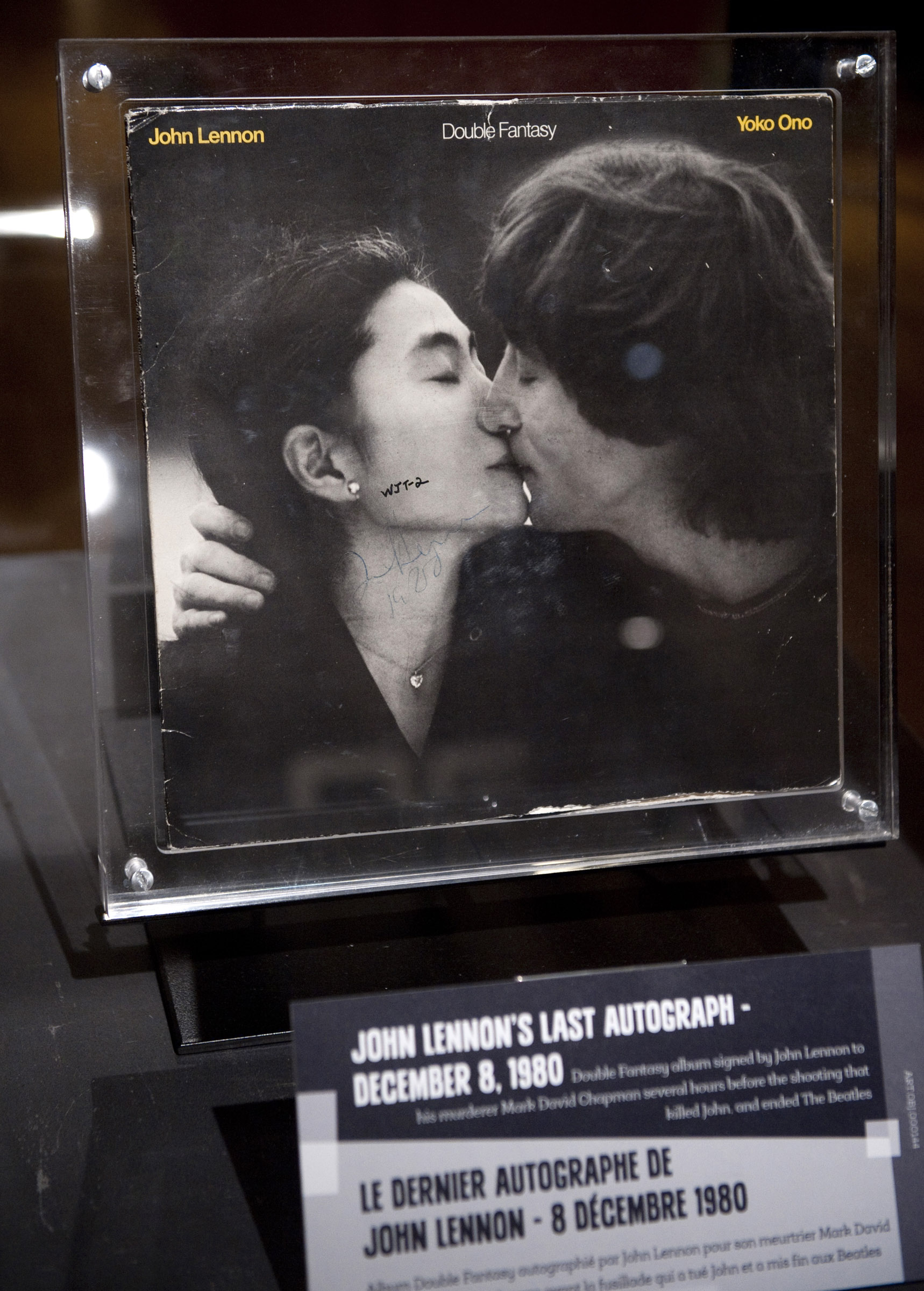 “We’re aiming to attract more than the [769,242] attendance that we had last year ,” Ballance said. “We’re hoping the Beatles exhibit will push us over that.”

Attendance for B.C.’s oldest and largest ticketed event had been sagging.

The Fair at the PNE has a $25 million budget, which is half of the PNE’s $50 million annual budget. It banks on profit from the fair, which will have about $17 million in expenses, to cover corporate expenses such as hydro costs that are spread over the entire year.

The PNE also operates events such as Playland and Fright Nights at other times in the year.

One thing that has recently cut into the PNE’s bottom line is Canada Revenue Agency’s decision more than a year ago to revoke the organization’s charitable status.

Ballance estimated that the decision will cost the organization between $200,000 and $225,000 if it is not overturned.

“We’re going back and forth with them so we’ll see where it ends up,” she said. “We won’t know until later in the fall given all that’s happening in Ottawa right now [with the federal election.]”