By Glen Korstrom | September 29, 2015, 12:54pm
Here is a rendering of the proposed Vancouver Art Gallery at night

The Vancouver Art Gallery (VAG) on September 29 unveiled its concept design for a 310,000-square-foot, $350 million wooden building on the southern two-thirds of the block bounded by Cambie, Dunsmuir, Beatty and Georgia streets.

The design from Swiss architecture firm Herzog & de Meuron and local partners Perkins + Will is potentially controversial given the prime location for the proposed new gallery and its stacked-block appearance, complete with a ground-level courtyard and a 350-seat auditorium.

Even VAG’s intention to spend hundreds of millions of dollars to build a new building on the site known as Larwill Park has been controversial since the process started in 2004. 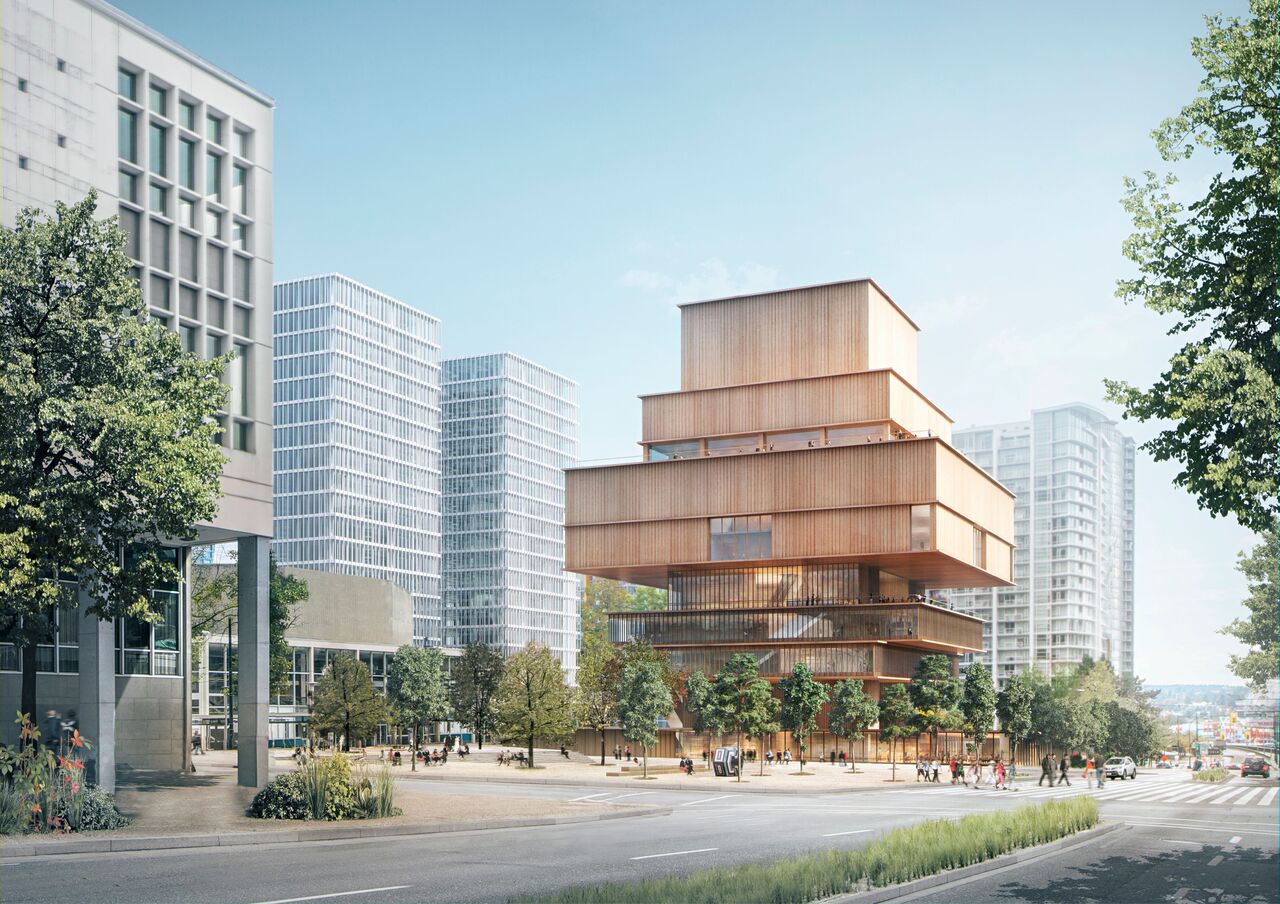 The new building would feature 85,000 square feet of exhibition space, which would be more than a doubling of VAG's current size in the former courthouse overlooking Robson Square.

Critics such as Urban Futures Institute senior adviser David Baxter and real estate marketer and globally renowned avid art collector Bob Rennie have urged the VAG to spend its capital on art, not a new building.

They argue that generating the capital needed to build the gallery will divert philanthropic and government money needed for other community projects or arts organizations such as the Vancouver Opera.

Worse, Rennie said September 29 that he fears that the attempt to raise the money will be a flop because there will be no large leadership gifts.

“If this fails, it is a huge black mark on philanthropy to Vancouver,”   he said.

So far, the VAG trustees have only raised $73 million: $50 million from a previous B.C. government headed by Gordon Campbell and $23 million announced September 23 from the 20-member VAG board. 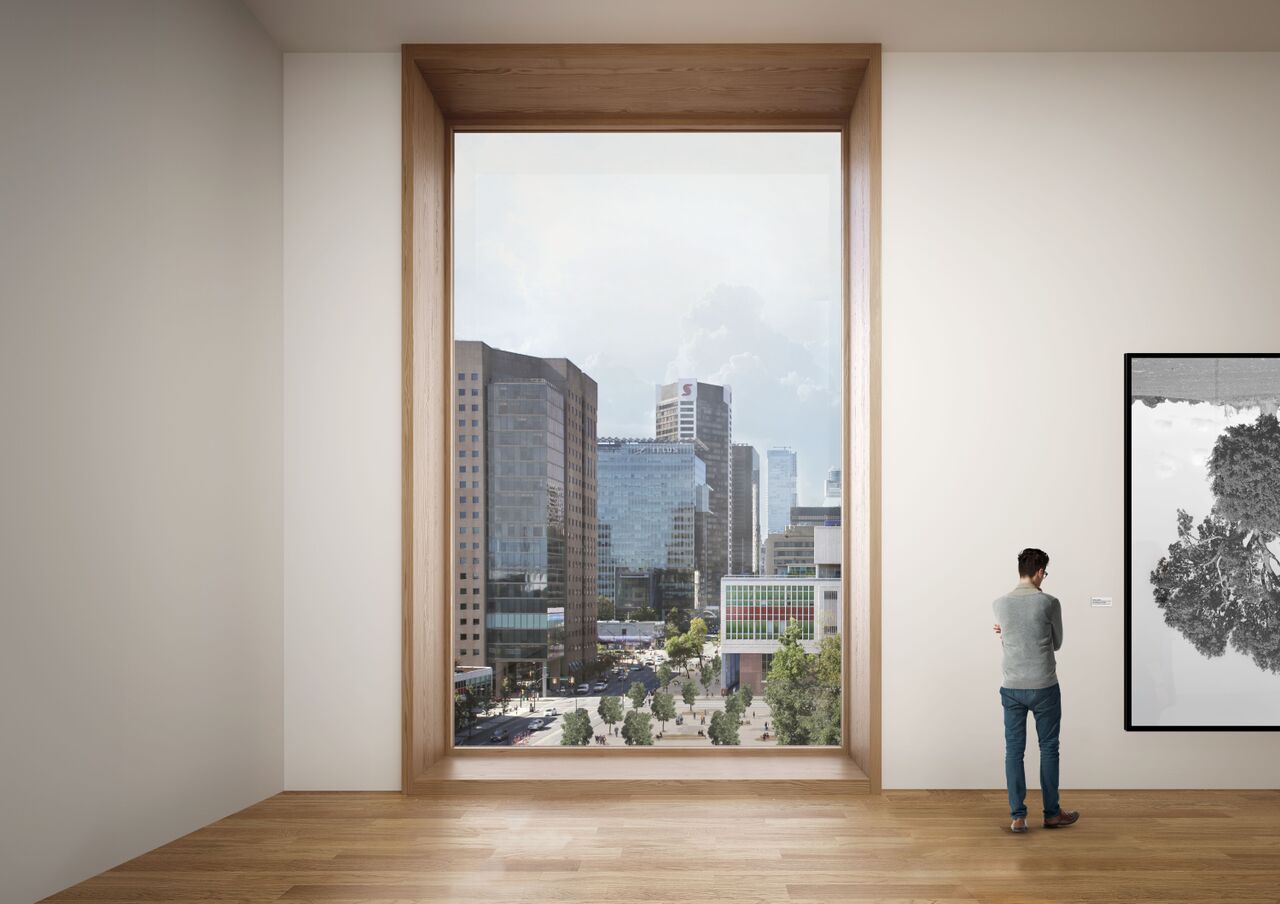 VAG director Kathleen Bartels had told Business in Vancouver in 2013 that the proposed new gallery also had $40 million in private pledges. Both she and VAG board chair Bruce Munro Wright continue to expect a substantial amount of private philanthropy to convince governments to ante up a further $150 million.

The $23 million contribution from the VAG board includes at least $100,000 from each of the 20 VAG trustees, VAG board chair Munro Wright told BIV following the gallery's announcement of its new design. 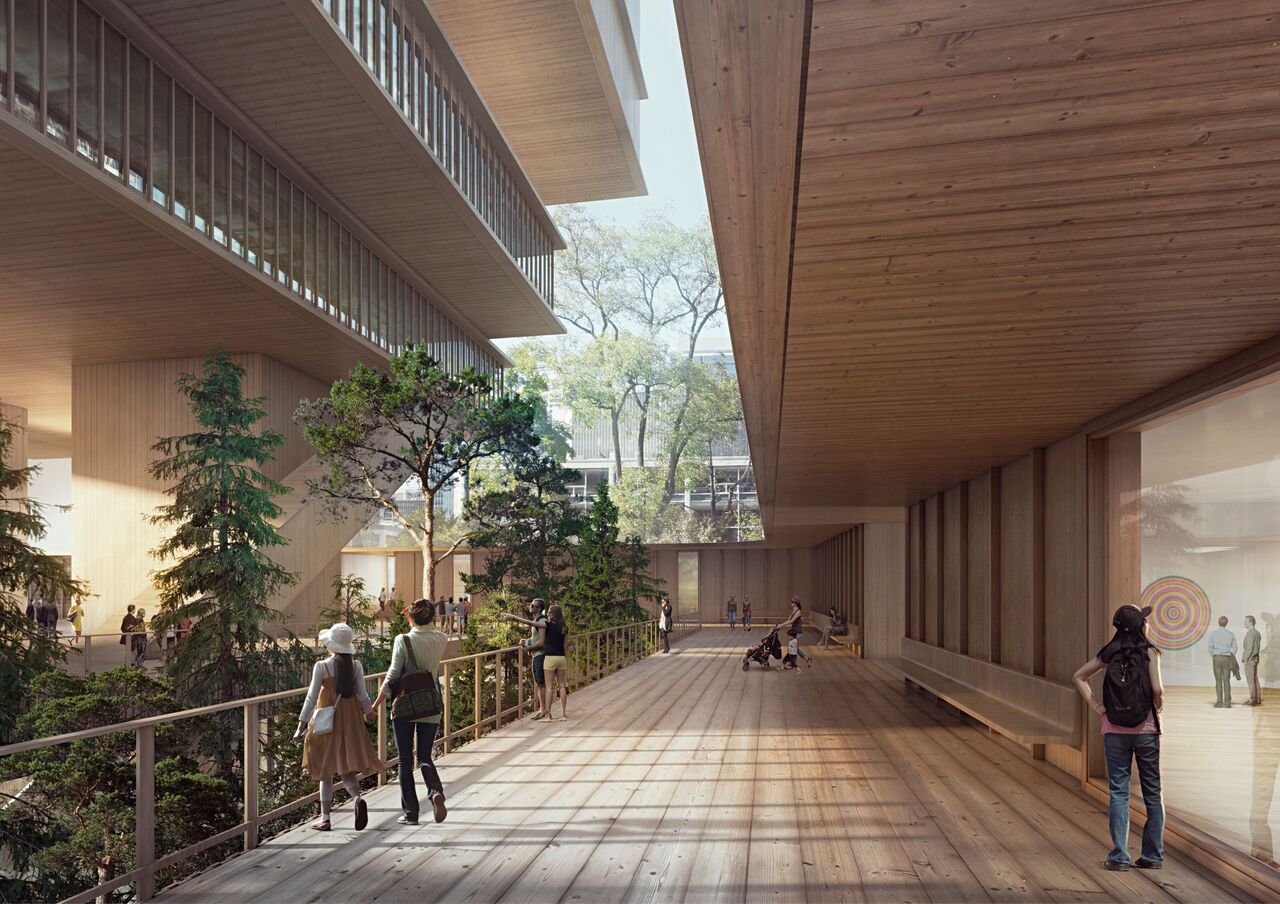 The federal and provincial governments have not yet come through with more money, Munro Wright said, because the VAG board has not yet asked them – an assertion that Rennie said he found hard to believe.

Rennie said following the VAG's announcement that an ideal solution would be for the city to sell the Larwill Park site and give the money to the VAG to use to build a cheaper gallery under the front lawn of the current gallery site.

“That’s what the Louvre did [in Paris,]” Rennie said. “They took an open plaza and went underground.”

Vancouver city council voted two years ago to give the VAG a long-term lease on two-thirds of the Larwill Park site. The remainder of the block is expected to be sold and developed with an office tower.

Council gave the VAG an April 30 deadline to raise that cash but has so far allowed the VAG to have an unofficial extention.

Mayor Gregor Robertson and the city's ruling Vision Vancouver party has supported the concept of a new gallery as does the opposition Non-Partisan Association, which campaigned on a promise to allow the VAG to use the entire city-owned Larwill Park site.