The two-storey innovation centre opened Thursday (October 1) at the university’s downtown Vancouver campus at Harbour Centre, where qualified startups will be provided mentorship and networking opportunities as well as office space.

SFU president Andrew Petter said during the opening ceremony that combined with its existing space, the 24,000-square-foot expansion of VentureLabs makes it “the largest business accelerator in British Columbia.”

The opening comes the same day as the official launch of SFU Innovates, a strategy the university is pushing to drive more innovative businesses in the province.

Shield Diagnostics chief technology officer Austin Lee said a big challenge for startups in Vancouver is that capital investments on the West Coast can be scarce compared with other tech hubs.

His startup, which is developing a wireless glucometer for diabetes patients that attaches directly to a smartphone case, has been relying on resources that come either free or close to free from the SFU Innovates program.

“It’s an appropriate program for people like me, students who want to start a company, who want to innovate,” Lee said.

The goal is to have the smartphone glucometer on the market within one to two years, according to Lee.

Meanwhile, startups that have been assisted by SFU’s other innovation programs, such as the social enterprise-focused RADIUS (Radical Ideas, Useful to Society) or the SFU Innovation Office, are already beginning to get their products to market.

“RADIUS at SFU, that’s what really helped us make the full change, make that pivot and focus our energy in really building LifeSpace,” he said.

The decals are made from micro-engineered layers that spread out the force of a hard hit against a helmet.

Founder Daniel Abram said the company has been using VentureLabs office space for about a year, while SFU’s Surrey campus has been available to the company for manufacturing and testing.

“Innovation Office from SFU, from the very beginning, they’ve been very involved,” he said, adding the program has been helping the company with filing patents for the technology.

A $10.7-million grant from the Canada Accelerator and Incubator Program (CAIP) is helping to fund SFU Innovates, which is part of a wider business accelerator network operated by SFU, Ryerson University and the University of Ontario Institute of Technology. 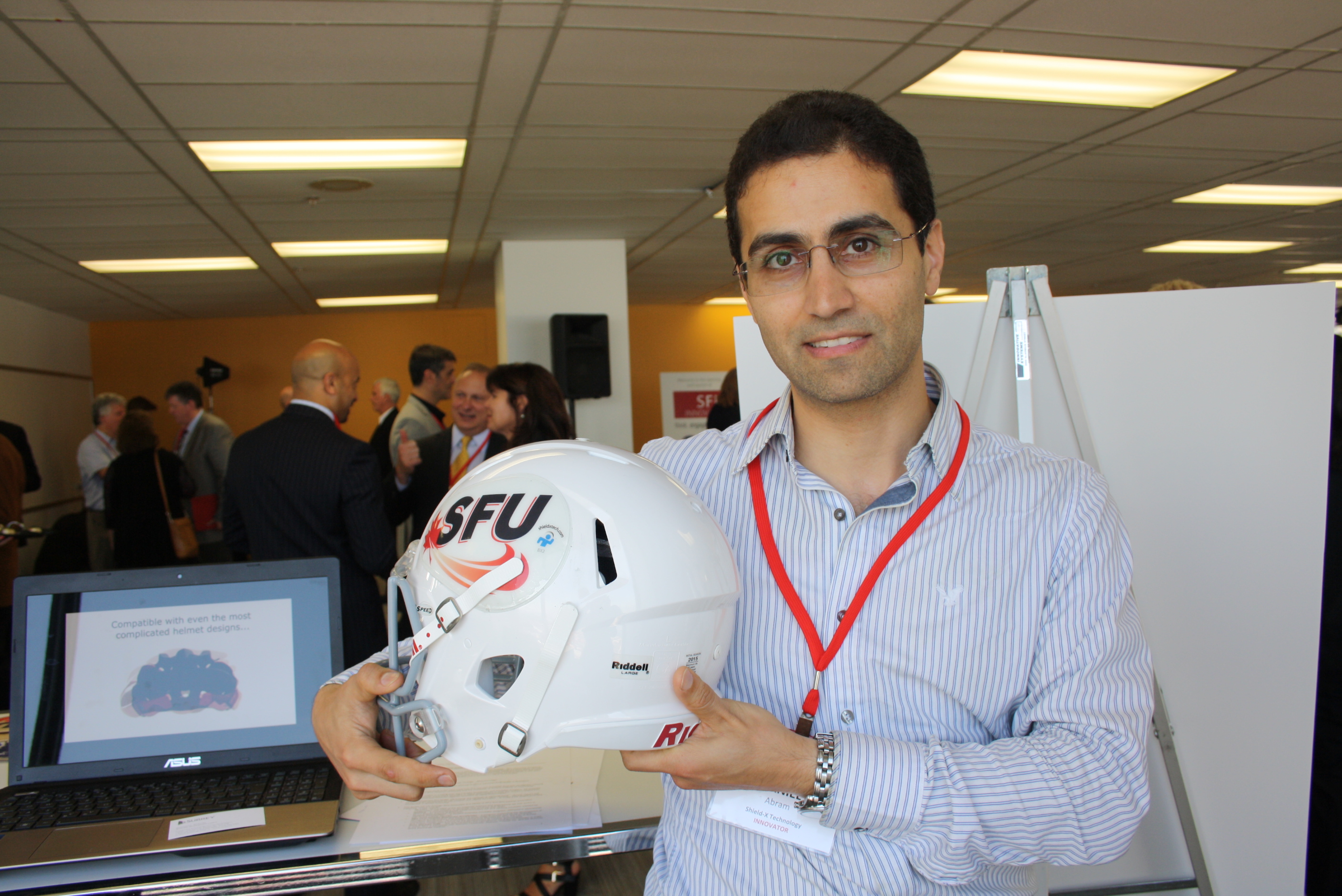 CAIP funding worth $10.4 million also got the B.C. Technology Industry Association’s 26,000-square-foot Innovation Hub off the ground earlier this year.

B.C. is home to more than 20 business accelerators and a 2013 report from Toronto’s MaRS Discovery District, a non-profit innovation centre that helps entrepreneurs commercialize scientific research and technologies, said the growth of these organizations is creating concerns over an “accelerator bubble.”

Highline CEO Marcus Daniels, whose private accelerator has an office in Vancouver, told Business in Vancouver in April there’s been a “glut” of these types of organizations in recent years and most of them will have to refine their focus in the next year or so.

“Some of them are good, some don’t add that much value. Ultimately, the free market and founders will decide,” he said.