Ivanhoé Cambridge’s decision to sell most of what was once a 70-hotel portfolio has resulted in iconic landmark hotels in B.C. changing hands and new local owners embarking on upgrades either out of personal passion or to keep market share and sustain high occupancy.

It then sold the Hotel Vancouver to West Vancouver’s Larco Hospitality for $180 million in May 2015.

Both the Bosas and the Lalji family, which owns Larco, have since committed to spend tens of millions of dollars renovating their new hotels.

“I’m spending a ton of money,” Nat Bosa told Business in Vancouver January 18, when he was responding to critics who said that he was "destroying" heritage . “It’s way beyond $30 million.”

Hotel Vancouver upgrades are likely not as pricy, but the regional vice-president for the Pacific Northwest for hotel manager Fairmont Hotels told BIV they could be in the $22 million range.

Much like at the 477-room Empress, the Hotel Vancouver has closed half of its rooms during the winter to renovate them. Both sets of hotel owners expect to have upgrades on their first phases complete by May. All rooms will then be available until October, when the non-renovated rooms will close for upgrades.

“All guest rooms will have new bathrooms, new furniture, fixtures and fittings, as well as carpets and drapes,” Barnes said.

In Ivanhoé Cambridge’s case, however, the company spent about $12 million on the 77-year-old Hotel Vancouver starting in 2013. The upgrade included three hotel restaurants as well as retail and reception space.

“Certainly the intent when old hotels are renovated is for the owners not to lose any competitive share, and they want to improve their competitive position,” Ferguson said.

Bosa, however, told BIV that his decision to lavish money on the Empress was more of a “love affair” than a calculated business decision.

“When I’m done with the Empress, I will have no competition,” he said.

“I like competition. Competition raises everybody, and I think we’re going to raise the bar in Victoria. But what I’m doing has nothing to do with competition.”

Other owners of iconic hotels in B.C. are also spending money to upgrade. 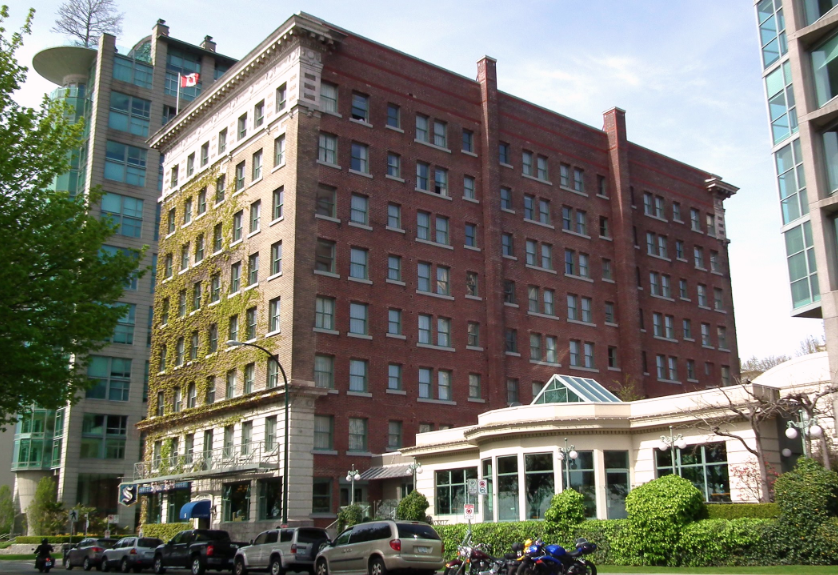 She is now renovating the hotel’s lounge, which she said was Vancouver’s first cocktail bar when it opened in 1954.

Unlike Bosa, who has torn out the 108-year-old Empress’ iconic ivy exterior, Davies does not want to touch that distinctive feature on her hotel, which has been in her family since 1962.

“The Boston ivy grows where the mortar is,” she said. “It scares me to death that if it were to come down, the brick would come off.”

Davies said that the other three exterior walls of the Sylvia are full brick walls and not simply brick veneer.•