Vancouver-based Dominion Lending Centres’ (DLC) bought Mississauga’s Mortgage Architects for “tens of millions of dollars” in a transaction that closed December 31 in part because the two companies wanted to generate efficiencies from economies of scale, DLC CEO Gary Mauris told Business in Vancouver.

Mauris said DLC now originates home loans worth about $32 billion. That, he added, is more than any other company in Canada, including the big banks, which are often the lenders on many of the mortgages that DLC sets up (originates) with borrowers.

It has taken Mauris’ company only 10 years to go from zero to $32 billion in loan originations.

“In a rising interest rate market – an environment where the rates start to go up – that will have an effect on all loan originations, on all mortgages that we would generate,” Mauris said.

He added that in the current economic environment it is vital for mortgage brokerages to be as efficient as possible. That means acquisitions.

A year and a half ago, DLC bought Mortgage Centre Canada from the Canadian Imperial Bank of Commerce for undisclosed millions of dollars.

The rising mortgage-rate environment could be good news for DLC if it prompts Canadians to be more concerned about getting the best mortgage rate and terms.

That’s because DLC – and competitors, such as Verico Financial Group, Invis and Mortgage Alliance Co. of Canada – help consumers shop around.

DLC differs from the big banks in that it gives potential clients a range of mortgage options.

Conversely, when those clients go into the Royal Bank of Canada (TSX:RY) to seek a loan, for example, they’re given only one option for a lender: the Royal Bank. DLC’s 4,800 accredited mortgage professionals across the country give customers options for mortgages from all of the big banks as well as credit unions and other financial institutions.

And while there is a cost for their service, Mauris argues that they are better negotiators than any individual would be on his or her own because of the huge volume of mortgages that DLC handles.

“Essentially, the banks are competing for the mortgage that we have originated,” he said, adding that this drives down the cost of the mortgage for the consumer.

“If the lender initiates the loan directly, they would incur the same kinds of costs as a DLC,” he said. “The bank would have to be staffing and communicating with clients. So you’re just moving the cost from one place to another, but [with a DLC, you are] adding an ability to be competitive by working with several different lenders.” •

Most single-family home assessments across Metro Vancouver rose between 12% and 28%, according to data released January 4.

Taking out a home equity line of credit (HELOC) allows them to tap into their home’s value to pay immediate expenses. That line of credit can then be repaid when they or their heirs sell their residence.

The percentage of homeowners who have HELOCs has not varied much in recent years, mortgage expert and Will Dunning Inc. principal Will Dunning told Business in Vancouver.

When Dunning released his biannual report on the state of the Canadian mortgage market in December, he noted that approximately 22% of the 9.74 million Canadians who own homes have HELOCs.

Dunning did not provide details as to whether HELOCs are more common in Toronto, Vancouver and other higher-priced Canadian real estate markets.

Here are some statistics from Dunning's report: 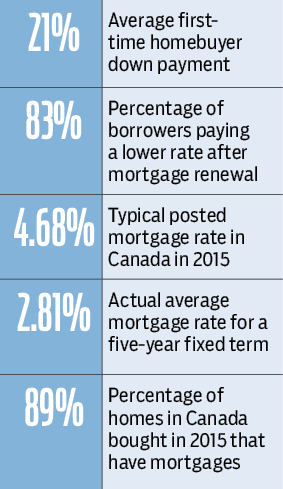