By Glen Korstrom | January 18, 2016, 3:19pm
The Empress Hotel in Victoria was long known for the ivy that graced its fascade but Nat Bosa says mice and racoons made that ivy home

Empress Hotel owner Nat Bosa has defended his approach to upgrading the iconic Victoria landmark, which will turn 108 years old on January 20.

He also angrily rejected his critics’ claims that he is destroying the building’s heritage features.

Heritage advocate Suzanne Johnston launched a petition last week on Change.org with the aim of gathering enough signatures to convince Bosa to keep open the hotel’s colonial-themed Bengal Lounge, which is slated to close at the end of April.

She has gathered thousands of signatures.

“We’re going to make the hotel the pride of Victoria,” said Bosa, who is a principal at Bosa Development Corp. and has completed successful real estate projects in Vancouver, Seattle, San Francisco and San Diego.

“The big winners in Victoria will not be my wife [hotel co-owner Flora Bosa] and I. We’re just the ones fortunate enough that we have the resources to put into this old hotel that was tired.”

Bosa told Business in Vancouver the project was part “hobby-philanthropy” and was a “love affair.”

He added that he is pumping substantially more than the $30 million that he originally estimated that renovations would cost.

Extra expenses racked up because the Empress was “run-down” before he and Flora bought it in mid-2014, Bosa said.

For example, the building lacked standard amenities such as air conditioning.

About half of the hotel’s 477 rooms are currently being renovated with new carpet, lighting and other upgrades as well as air conditioning.

Those rooms are slated to be open for guests in May. 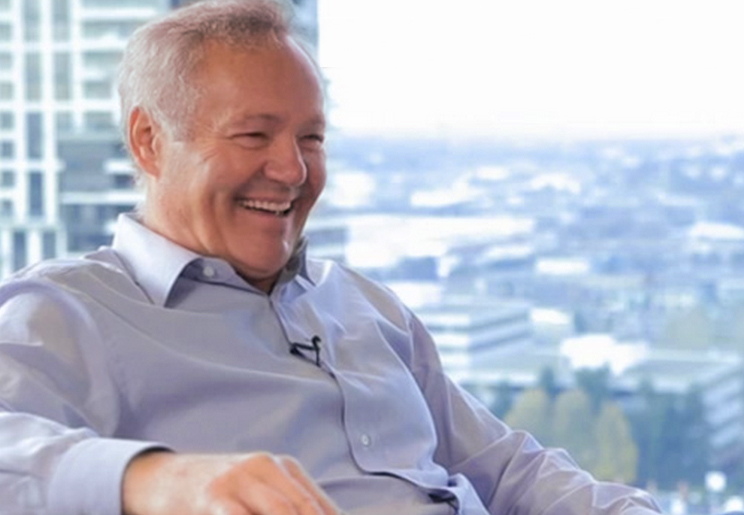 Bosa is also renovating a dining room to make way for a new 88-seat restaurant, 65-seat bar and a 58-seat patio that is also slated to open in May.

Bosa said that he has not decided what will happen with the Bengal Lounge space and that it could remain a bar or eatery although it will probably have a new name. 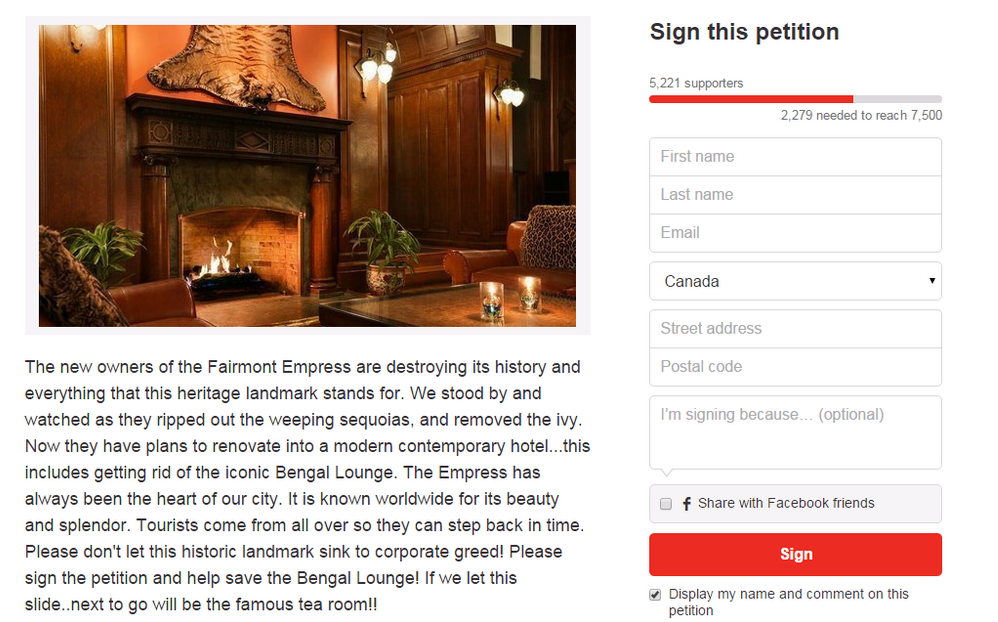 “Nobody is going to touch the ceiling in there or the columns [in the Bengal Lounge],” Bosa said. “Whether it stays as food and beverage or something else, we’re not touching the heritage. That’s what I bought the hotel for.”

Johnson’s petition also lamented the loss of ivy that had for decades crawled up the hotel’s walls.

“We stood by and watched as they ripped out the weeping sequoias, and removed the ivy,” she wrote. “Please don’t let this historic landmark sink to corporate greed!”

“Do you know how much damage ivy has done to the stone and bricks?” he asked. “There was a family of raccoons living in the ivy. Little mice were living in the ivy. How would you like to leave your window open and a little mouse comes to visit you in the middle of the night?”

With the ivy removed, workers are now restoring the front of the hotel with brick and stone.

Bosa said he is open to the idea of ivy one day returning.

“That decision is not made yet,” he said. “The building might look so beautiful when it’s finished that people will say, ‘Wow. Don’t hide it.’”

In October, Bosa plans to close the approximately 240 rooms that have not yet been renovated so they can be upgraded.

He will then have the entire hotel refurbishment be complete by May 2017.

“The bones of the old lady will be there and won’t be changed,” he said. “What might be changed is if she had a shirt on, we’ll put on a better shirt and get her a better pair of shoes.”