A total of $2.85 billion in home sales was recorded in December in Greater Vancouver, according to data released January 15 by the British Columbia Real Estate Association.

This increase was related to growth in both the number of units sold and the average selling price per unit. A total of 2,905 units were sold in the month, representing an increase of 33.7% compared with December last year. The average sales price reached $980,974, which is up 19.7% over the year. 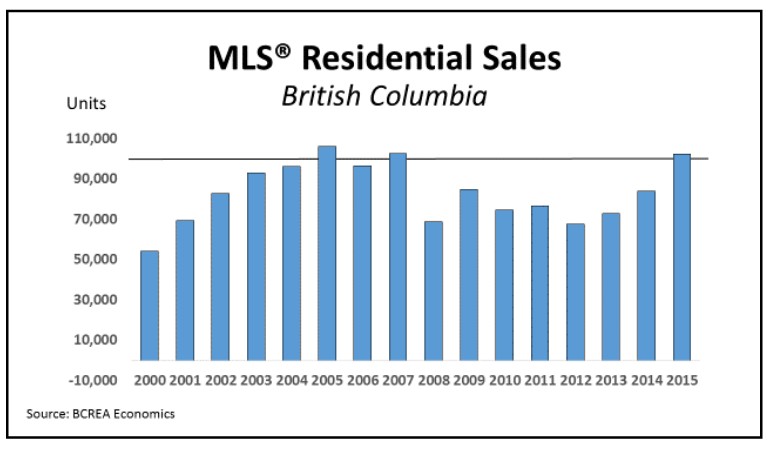 “The 2015 housing market finished in dramatic fashion, with record demand for the month of December,” said BCREA chief economist Cameron Muir. “B.C. home sales breeched the 100,000 unit threshold in 2015, and it was only the third time on record that this high watermark was achieved.”

A record $65.3 billion in residential sales were recorded across the province in 2015, with almost $39 billion of that amount coming from Greater Vancouver.