Vancouver needs to “grow up” with taller towers: developer

By Glen Korstrom | January 21, 2016, 7:06pm
The City of Vancouver has already identified five locations downtown where exceptions could be made for taller towers | Reliance Properties

The City of Vancouver should approve towers taller than 1,000 feet in some areas of the downtown, according to Reliance Properties Ltd. president Jon Stovell.

The move would increase the housing supply, maximize density near transit and stop pushing density further into the suburbs.

Vancouver needs to “grow up,” he told an Urban Development Institute luncheon January 21.

“Grouse Mountain is 4,000 feet high and our Burrard Place, which is the third-tallest building in the city, 550 feet tall. Why should we ever worry that tall buildings could dominate our physical environment? Let’s finally let go of our bucolic fishing-village past and embrace the reality of a city that we have become in the eyes of the world.”

Stovell told Business in Vancouver after the event that he believes that buildings that the city now approves to be 300 feet tall should be increased to be 500 feet tall.

“Exceptions would be taller buildings that go up to 1,000-feet-tall in certain locations,” he said.

Critics were quick to lambaste Stovell for his proposals.

“Tall towers have serious issues with environmental sustainability, energy efficiency, the loss of views, wind tunnel effects and shadowing,” said Randy Helten, who is president of City Hall Watch, which is a registered B.C. society that Helten describes it as being a civic watchdog.

“There’s also the problem of emergency response and the cost to taxpayers to be able to provide services to those buildings.”

Helten pointed to a Canadian Medical Association Journal study released earlier this week that found that the higher people live in condominium towers, the more likely they are to die of a heart attack.

Building access issues and elevator waits were contributing factors to that finding, according to the study.

Stovell, of course, has an self-interest in the city allowing taller towers. 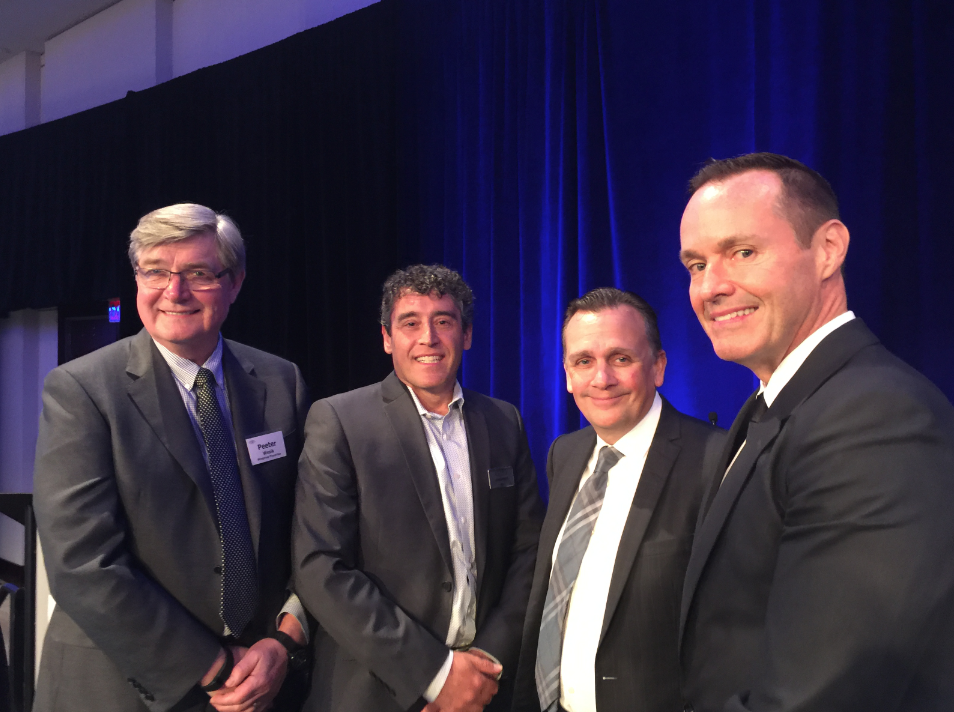 Reliance is the second-largest property owner in Gastown, with a portfolio of 50 properties worth in excess of $600 million .

Reliance is also currently developing the one-million-square-foot Burrard Place in partnership with the Jim Pattison Group. That project, originally called Burrard Gateway , bounded by Burrard, Drake, Hornby and Davie streets, includes four towers including One Burrard Place, which will have 53 floors, even though it was marketed as having 60 floors.

The disparity is because the structure will not have a 13th floor nor any floor that ended with a four. The city banned that practice late last year for new buildings. One Burrard Place, however, was grandfathered and is one of the last buildings that the city is allowing to number its floors in this way even though the project has still not broken ground.

Reliance also owns land at the corner of Davie and Hornby streets, where there currently is a 7-11.

Stovell would like to build a 30-story, 300-foot-tall rental building on that site but he said that proposal has been with the city for a “long time” and is running up against obstacles.

“It’s a classic example of two public objectives in conflict,” he said.

“One is that the city says it wants developers to build purpose-built rental while the other is that they say we can’t build that building because it throws a shadow for half an hour across the intersection of Burrard and Davie [streets]. That’s enough to stop the project.”

Acting city manager Sadhu Johnston did not immediately respond to BIV's request for an interview.

There has been a leadership vacuum at the city’s planning department since former general manager of planning Brian Jackson retired late last year.

The city is currently in the hiring process for a new general manager of planning and for a new city manager.

Former chief planner for the city Brent Toderian told BIV that even though he sometimes supports tall towers, he believes that Stovell’s rationale is “ridiculous.”

“If we don’t want 1,000-foot-tall towers, we’re somehow stuck in a fishing village past?” Toderian asked rhetorically. “Come on.”

When Toderian was the city’s top planner, he led an effort to identify five locations downtown where the city would be willing to make exceptions for taller towers if the designs were exceptional.

The height exception, however, would likely be far shorter than even 700 feet tall, , Toderian said.

Council approved those locations as:

•on Seymour Street between Beach Avenue and Pacific Boulevard;

•on Howe Street between Beach Avenue and Pacific Boulevard (where Westbank’s Vancouver House tower is under construction );

•on Burrard Street between Alberni Street and Georgia Street, where there is a Tiffany and Co. jewelry store;

•on Burrard Street between Alberni Street and a lane; and

•next to the Loden Hotel between Bute and Thurlow streets on Melville Street.

Those sites were identified even though there were no proposals for those locations at the time.

“We wanted to have signature buildings in key entrance points where it could change the architectural feel of our city,” Toderian said.

“That was in part because one of the narratives about Vancouver, aside from height, is that our buildings tend to look the same. We wanted to identify key terminus points in our views of the downtown. Like in other cities in the world, it only takes a handful of exceptional buildings to change the perception of the entire skyline.”