British Columbia is a magnet for Canadian retirees, and these five towns provide the reasons why

British Columbia with its temperate climate, spectacular scenery and abundant recreational opportunities, is Canada’s unparalleled retirement destination. Home to the fastest-growing population of retirees in Canada, three key regions top the list when people are looking for communities to live their golden years: Vancouver Island, the Sunshine Coast and the Okanagan. Retirement Ready focuses on towns in each of these regions that explain why so many seniors are moving in.

Situated on the Strait of Georgia a short distance north of Nanaimo, Qualicum Beach is B.C.’s top retirement community with nearly half its population aged 65 years or older. They’ve gathered here for all the reasons that make B.C. a destination for retirees from across the country and around the world: a temperate climate, a close-knit community, and residences and amenities geared to their needs. Together with nearby Parksville, many retirees consider the sheltered east coast of Vancouver Island a slice of paradise.

While the community itself offers fresh seafood and outdoor activities from lawn bowling to golf, Qualicum Beach is also situated between the lush Comox and Cowichan valleys. Often tipped as the local answer to Provence, the valleys offer feasts for the eyes and the palate. And speaking of the eyes, the Qualicum National Wildlife Area is a 20-minute drive south on the outskirts of Nanaimo, also home to a thriving arts community.

Those with more ambitious travel plans can drive the 2.5-hour cross-Island highway to Tofino, or access seaplanes and ferries for a quick hop across to the Lower Mainland and urban offerings of Vancouver. 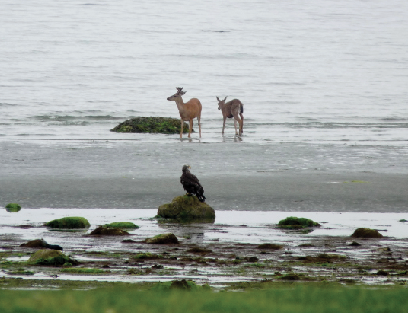 With relatively affordable real estate, regular air service and a brand-new hospital in its sister city of Courtenay, Comox is one of the hubs for seniors in B.C. A new hospital serving the Comox Valley is also set to open in 2017, further boosting the services available to local seniors.

The small scale of the community and many amenities, including the Crown Isle golf course and spectacular fishing and boating opportunities, make Comox an attractive retirement destination. The annual B.C. Shellfish and Seafood Festival celebrates local fisheries, and, when paired with local wines, local seafood offers a multi-faceted gastronomical experience. Just north of the community, in Oyster River, is Vancouver Island’s only distillery producing Scotch-style whisky from local grains.

Seniors with a taste for powder have easy access to Mount Washington, Vancouver Island’s best-known ski hill, while local parks offer several seaside and inland hiking trails for all ability (and mobility) levels. 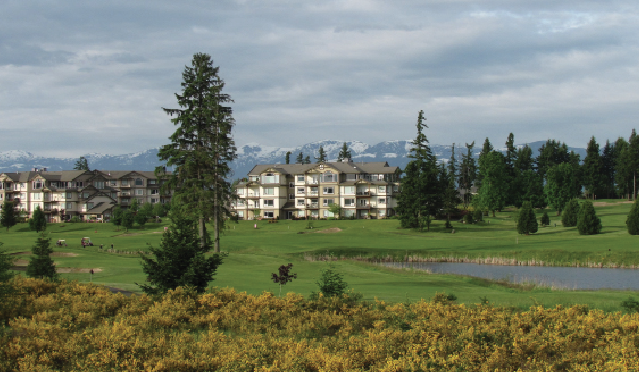 (Image: The green at Crowne Isle Resort and Golf Community is among the many amenities the Comox Valley offers retirees | Peter Mitham)

Across the Georgia Strait from Vancouver Island lies the Sunshine Coast, another major retirement hot spot. Separated from the rest of the Lower Mainland by Howe Sound, the Sunshine Coast runs from Gibsons to Powell River and enjoys the sheltered, temperate environment that characterizes the communities around what’s also known as the Salish Sea.

Sechelt lies at the heart of the Sunshine Coast, where more than one-quarter of residents are 65 years or older. Affordable real estate and a liberal, open culture appeal to many residents looking to get away from the hustle of Vancouver. Arts, the outdoors and a small-town feel facilitated by the rugged geography of the coast make it an alluring place to settle.

Several new developments are taking shape beyond Sechelt to ensure there’s room enough for all, but with the region’s main hospital and several retail outlets, Sechelt is the de facto hub for the area.

Also popular are Gibsons, a short, 40-minute ferry ride from West Vancouver, Roberts Creek and Madeira Park. Powell River, on the Malaspina Peninsula, requires another ferry across the mouth of Jervis Inlet , but is also accessible via a ferry from Comox. 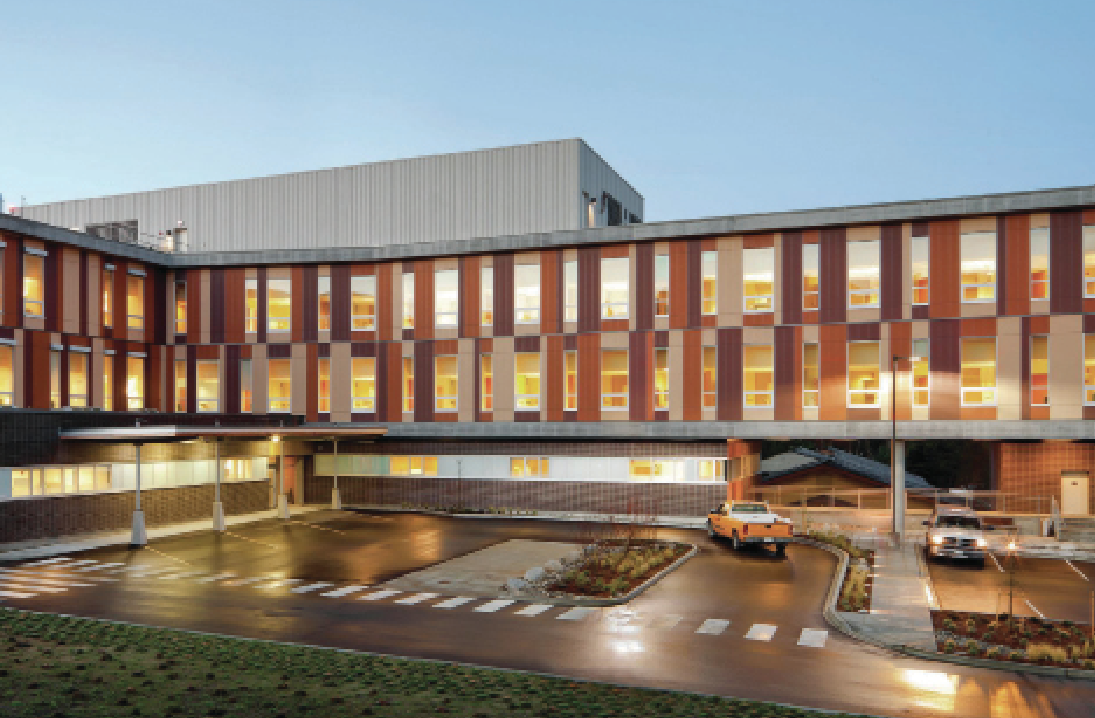 Nestled on the coast of the Saanich Peninsula, Sidney has the highest proportion of seniors of any community in the Greater Victoria area. With its mix of oceanfront and forested estates, and proximity to Victoria International Airport as well as ferries to Tsawwassen and the U.S., Sidney is a both a home and a departure point for the wider world.

It’s also the gateway to the Gulf Islands National Park Reserve, with its rich trove of wildlife and eco-adventure experiences. Retirees have a front-row seat to waterfowl and marine life, not to mention wineries and farms serving up fresh fare at local markets and restaurants. Downtown Victoria, with its university and cultural venues, not to mention shopping districts, is a 45-minute drive away. It’s also home to Vancouver Island’s biggest hospitals – Victoria General and Royal Jubilee – but Saanich Peninsula Hospital also provides urgent medical care. Walking and bike trails offer easy ways to exercise, while top-tier golf is available at Bear Mountain just the other side of downtown Victoria. For retirees who want an Island lifestyle within reach of urban amenities, Sidney is the answer. 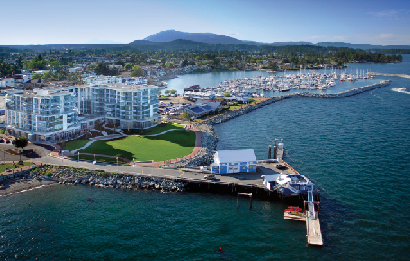 Summerland, with its cluster of wineries and expansive views of Okanagan Lake, epitomizes the best of B.C.’s Southern Interior. A temperate, arid climate ensures a comfortable year-round environment for residents, with activities that run from golf, boating and downhill skiing to food and wine.

A rush of development a decade ago transformed the southern Okanagan from a summer getaway to a year-round community of second homes anticipating the coming wave of baby boomer retirees. More than a quarter of the population in Summerland and nearby Peachland, a 14-minute drive north towards the regional hub of Kelowna, is over the age of 65, while in the southern Okanagan resort of Osoyoos the proportion is nearly 40 per cent.

It adds up to a slower pace of life, and communities where connections with neighbours are valued. Trails along the Okanagan River offer prime opportunities for birdwatchers and wildlife scouts of all stripes, and the produce of orchards and vineyards make it easy to eat well, too. Plans for a major new conservation area in the benchlands west of Summerland promise to expand local recreational opportunities.

Health care is available at the Penticton Regional Hospital, while a recent expansion of the Kelowna General Hospital ensures premier care for residents in the central and north Okanagan. 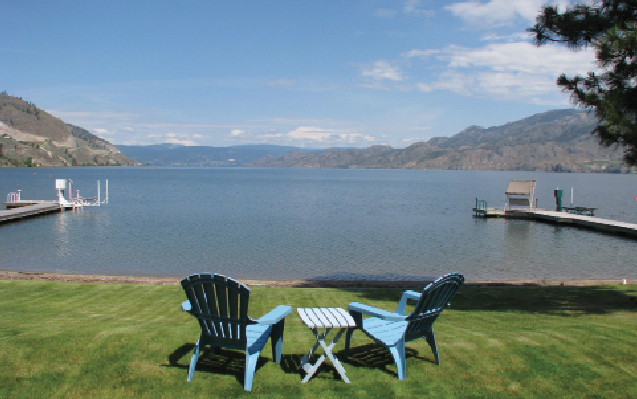 (Image: Summerland is among the small lakefront towns of the South Okanagan that are a magnet for retirees | Summerland Realty)

Thinking of retiring outside of Canada? Check out Should you retire abroad?