Rapid growth at 19-month-old Kit and Ace has increased the size of the fashion retailer to around 700 employees and 61 stores in five countries, and with that growth comes opportunities for senior executives as well as entry-level staff.

The Wilson family, which founded Lululemon Athletica Inc. (Nasdaq:LULU) and expanded that yoga-wear purveyor to more than 100 stores and a multibillion-dollar market capitalization, owns Kit and Ace but does not want to be the company’s sole set of visionaries.

“The board wanted a new direction as is their right,” Kopke told Business in Vancouver.

Paul Wilson, who is not related to the family, is the interim CEO. He shares that task with being CEO of the family’s Hold It All Inc. holding company.

Hold It All is the corporate parent for Kit and Ace, as well as the digital-meditation-course seller Whil.com, the charity Imagine1day and the family’s Low Tide Properties real estate arm.

“We’re looking for global experience because we’re expanding,” said JJ Wilson. “We need someone who understands how to scale a business operationally into international markets, and that includes logistics and product and sourcing.”

Industry observers, such as Retail Insider Media Inc. owner Craig Patterson, said Kit and Ace “won’t have trouble attracting top talent because they have the money to pay people what they are worth and their headquarters is in Vancouver. A lot of people really want to live in Vancouver.”

Kit and Ace, which lost its head of IT, Clay Haeber, to Vancouver-based Indochino in late January, has been seeking a COO since early fall.

Dozens of new retail positions will also come available as the company plans to open a net total of about 10 stores later this year.

Given that one of the company’s first stores was in Saskatoon, where Shannon Wilson grew up, Patterson described Kit and Ace’s approach to opening new stores as “confusing” and “haphazard.”

“You start your expansion in the major markets,” he said, “and build influence and then go into smaller markets.”

According to JJ Wilson, Kit and Ace’s store-location strategy is to first open smaller “studios” in cities and then launch a “pop-up” store, which has a lease of between three weeks and six months. 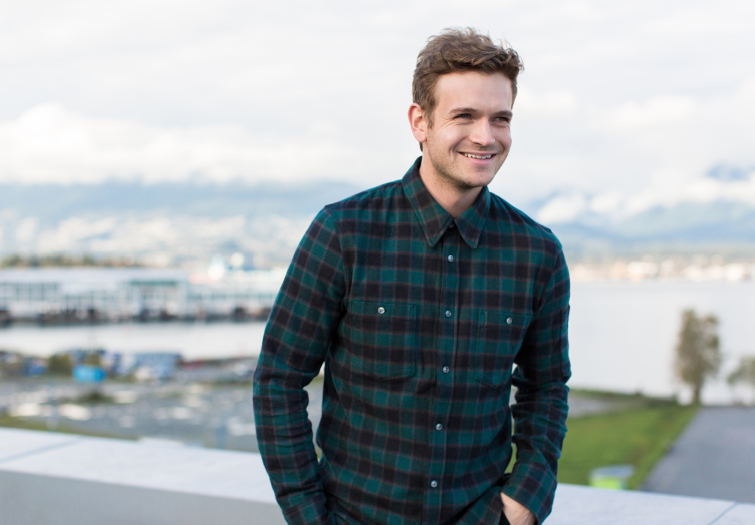 (Photo: Kit and Ace principal JJ Wilson is in charge of the company's brand development | submitted)

Those stores, he said, act as “amplifiers for the brand” and help future showrooms, which are larger stores, succeed.

Kit and Ace has a handful of showrooms, including one in Vancouver on 4th Avenue, and plans to open new showrooms later this year in Sydney and Melbourne in Australia, Atlanta, Cincinnati and Detroit in the U.S. and Toronto in Canada.

The company’s other international stores are in London, England, and Tokyo, Japan.

Several other showrooms are also likely to open this year in places where leases have yet to be signed, JJ Wilson said.

Kit and Ace’s real estate strategy for new store locations differs from what other lifestyle brands have used.

In 2009, soon after Chip Wilson had hired former Starbucks executive Christine Day to be president of Lululemon, Day shared with BIV her thoughts on how retail expansion should take place.

“There’s actually a tremendous amount of science behind [where to locate stores],” Day said.

Her favoured approach is to:

•first to locate stores in a hip and funky locale;

•then locate in urban-affluent locations; and

She said that Chip Wilson correctly followed this strategy – wittingly or not – when he opened Lululemon’s first store in Kitsilano, then opened on Robson Street and finally branched into the suburbs.

“Chicago would be a good example of where [Lululemon] made some mistakes prior to my coming on,” Day said. “Not site mistakes but sequencing mistakes.”

Lululemon’s Windy City expansion went to the suburbs almost right away. Day then opened stores in affluent urban neighbourhoods and in what she called “hip-urban” parts of town.

As Kit and Ace has increased its storefronts, it has also been rapidly expanding its product line.

Once maligned by marketing specialists, such as Wasserman + Partners Advertising principal Alvin Wasserman, as having stores that were “thin on inventory and content,” Kit and Ace has ventured far beyond what started out primarily as a place to buy expensive T-shirts made from proprietary qemir, which is a cashmere blend that can be thrown in the washing machine.

“We’ve gone from T-shirts to bottoms, outerwear, mid-weights and have lots of accessories,” co-founder JJ Wilson said. “Our scarf business is performing well for us.”

A new e-commerce website is also set to launch next month to account for the huge expansion in products.

“I built the website we have to date to only support 10 T-shirts,” he said.

“We had no idea that we would grow at the rate that we did, so the site that we have isn’t compatible with international currencies.”

The new site will also have more capacity for different shipping options and will be better at identifying product availability and adapting to evolving e-commerce trends.

Patterson said he likes the idea of Kit and Ace launching a new fabric but then he alluded to problems that Lululemon suffered when some of its bottoms turned out to be see-through.