With mountain views, great restaurants and (relatively) mild weather, Vancouver offers a great deal for us to be proud of. Those aren’t the only reasons the city is considered a great place to live, however.

Once again, Vancouver has ranked first in North America and fifth globally in terms of quality of living for residents and expatriots in Mercer’s annual list, which looks at cities around the world and compares them on the basis of 10 criteria, which include political and social environment, economics, medical and health and education.

“Quality of living continues to be very high in Canada with a stable political environment and positive social benefits, offering a very desirable and safe place to live and work for residents and expatriate employees,” said Mercer’s leader of talent business in Canada Gordon Frost.

“Our sustained high ranking is attractive to multinational corporations and their employees as they look to expand in Canada and provide significant opportunities to both Canadians and workers from abroad.” 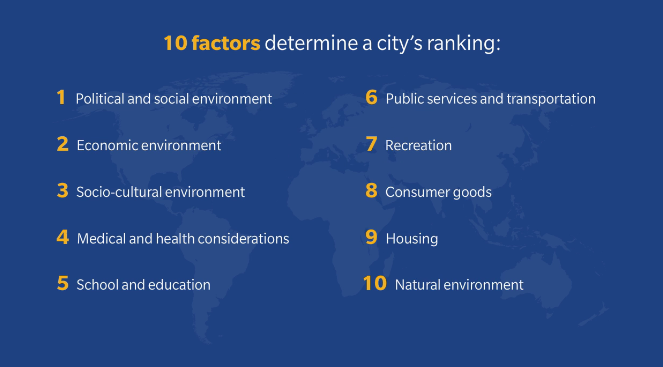 This study is at odds with a 2015 study conducted by MoneySense magazine, in which Vancouver didn’t even make it into the top 40 cities in Canada in terms of livability. The reason for the discrepancy may be the fact that Mercer’s ranking didn’t take affordability into account, however.

When Mercer has looked into cost of living in the past, Vancouver came out as the most expensive place in Canada in terms of housing, food, clothing, transportation and entertainment.

Worldwide, Vienna is ranked as having the top quality of living this year. This is followed by Zurich, Auckland and Munich.