Two proposed pipeline projects in British Columbia have seen dwindling popularity among the province’s residents, according to the results of an Insights West poll released March 2.

Support for the proposed Enbridge Northern Gateway project has dropped six percentage points since July 2015 to 35%. Opposition to the project has remained about the same, however, hovering around 51%.

The biggest concerns about Northern Gateway were the increase in oil tanker traffic in Kitimat (83%) and the possibility of an oil spill (80%). Those surveyed were also worried about impacts on the environment (74%), the danger of infringing on the rights of communities located along the pipeline’s path (67%) and the impact on First Nations communities (67%). 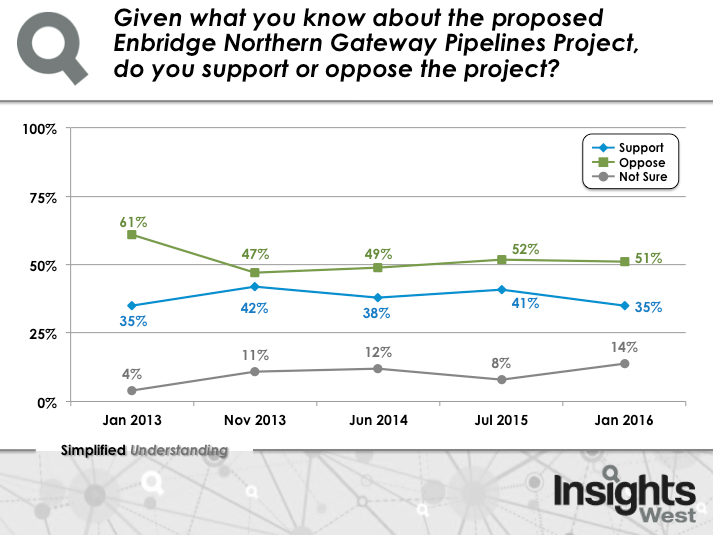 Support for the Kinder Morgan Trans Mountain pipeline expansion has also fallen by six percentage points, to 36%. As with Enbridge’s project, opposition has remained stable, falling one percentage point to 45%. 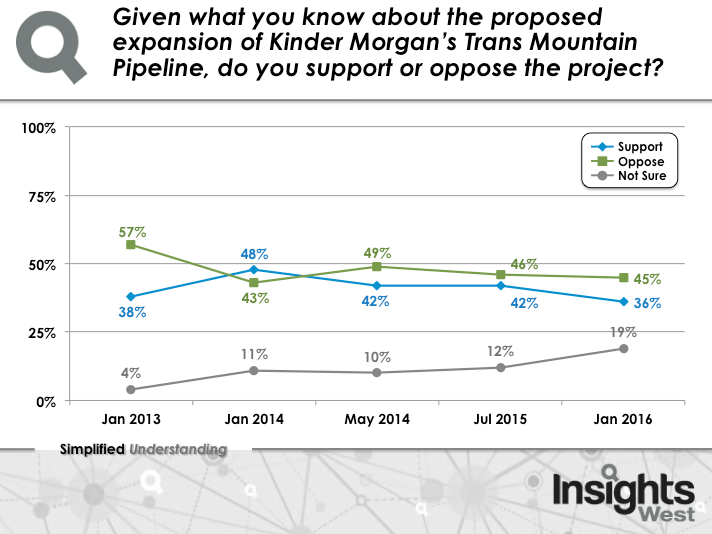 The Enbridge Northern Gateway pipeline may never see the light of day as the future of the project is now in doubt as the federal government has announced its plan to ban oil tankers from the northern coast of the province.

This latest poll was conducted throughout January. Since that time, the provincial government has announced it plans to introduce new regulations dealing with land-based spills from pipelines.

- With a file from Nelson Bennett